Protests Against CAA First Sustained Mass Movement To Save Constitution

Many of the protestors are indeed Muslims, but they are not asking for anything more than what they already have. 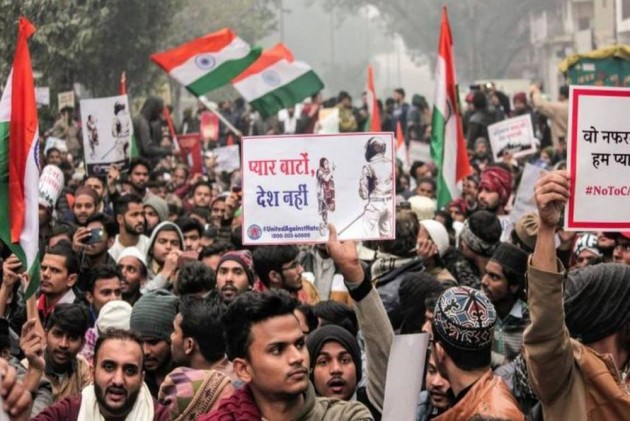 I am 50 years old and I have not seen a mass movement and agitation like the one against the Citizenship Amendment Act (CAA), the National Register of Citizens and the National Population Register. It is indeed very different from anything that we have ever seen.

I have lived through several agitations of great scale. I have vague memories of the Emergency. There was excitement in our Vile Parle East neighbourhood in Bombay one night but it was not long lived. There were no large numbers of people on the streets in our area. I remember a yellow coloured booklet being circulated by the Janata Party which communicated the atrocities that Indira Gandhi’s government was apparently inflicting on its opponents. There was one page which had a drawing of a man with some cigarette burns.

The Emergency’s atrocities were committed mostly on Congress’s political opponents and the media. The former were jailed and the latter were subjected to censorship. This was a political battle fought for power, which broadly did not touch citizens. The Indian middle class is usually willing to side with a dictator and was generally on Indira’s side. Thus, it has no bad memories of Emergency.

Amid Mounting Anger Against CAA, A Political Alternative Is Taking Shape In Assam

The next period of agitation came a decade after Emergency ended and this was regarding Mandal Commission. But just before Mandal, there was an agitation in Gujarat (I was now living in Surat at the time) in 1985. This was against reservations and the urban middle class, including my friends, went door to door spreading the message against Dalits. Of course, the protestors were all Savarna (Upper Caste). As usually happens in Gujarat, this agitation turned into a riot and for no reason Muslims were punished.

A few years after that Mandal erupted. There were two sorts of protestors, those for and those against reservations. Because Mandal empowered Savarnas (many Indians do not realise that the C in OBC stands for class and not caste and that peasant Shudras possess varna) they were able to mass mobilise in a way that Dalits could not. And again, the upper castes protested the fact that their monopoly was being threatened. One individual, named Goswami, set himself on fire and became a sort of hero.

Around the same time we had another agitation, and this was the most dangerous of them all: Babri. In his autobiography LK Advani says that there was no violence on his Rath Yatra’s route, but all across India neighbourhoods were in flames and Muslims were again being punished. Two thousand Indians died after the karsevaks pulled down the mosque. The agitation that preceded the vandalism was long and sustained but it was not like the current one and we will get to know why that is so.

All the agitations in India have been for personal reasons. The Mandal and Mandir agitators were agitating for themselves. Whether or not one agrees with reservations, the fact is that both sides in those agitations were standing up for their own benefits.

There has never been a sustained mass movement in favour of the Constitution before the anti-CAA protests. Irom Sharmila was an individual on a long protest in support of constitutionalism and human rights. But this time it is millions of Indians standing up for values rather than an individual's gain.

Many of the protestors (like me) have no interest in bringing down or damaging the government. It is elected and it will serve out its term and if Modi wins again, then he will serve out that third term too. That is not the object of this agitation and it is not our concern. What is being protested and what is being sought to be rolled back is the legislation that is patently discriminatory and violates India’s constitution and treaties and agreements that the nation has signed internationally.

It is true that many of the protestors are Muslims who are afraid that their rights are going to be taken away from them. Their fear is legitimate. But even here, they are not asking for anything more than they already have. They do not want reservations or a temple and have no other demand than they not be harassed. This is why this protest is unique and this is why this protest has for the first time made this government uncertain and doubtful of what to do next. It is not in full control of the events that will follow and that is worrying.

This is the reason why the world is taking notice and has put the Modi government under pressure. It is not only Mahathir Mohamed and US Congresswoman Pramila Jayapal who are telling Modi to stop what he is doing in Kashmir and on citizenship. India presently has no defence against the accusation that it is bullying its own citizens.

It is only the recognition of the fact that this is a moral and legitimate agitation and a rollback of the controversial legislation and a proposed survey that could bring an end to the protests. One hopes that the prime minister and the home minister, both of whom are among the sharpest political minds in the world, understand that and do the right thing.

(Aakar Patel is a columnist and writer. Views expressed are personal.)