Experts say the heatwaves and fires in Europe this summer are signs of the impact of climate change, and that extreme weather will only get worse in coming years. 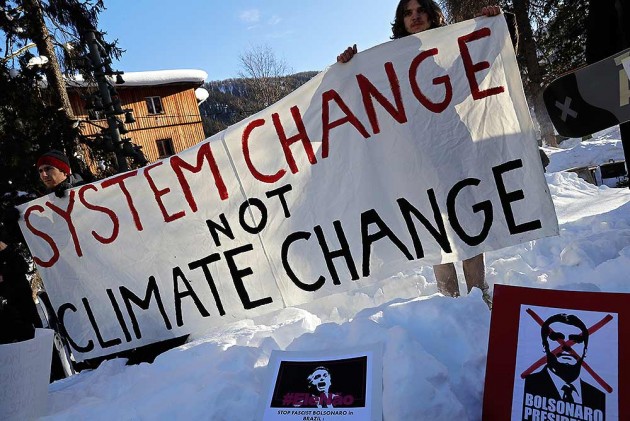 The tumultuous rage of nature is epitomized by blood-like fumes rising from the wildfires that have engulfed Europe. The internet is swamped with images and videos of the haze caused by extensive stretches of land enveloped in a yellow endless trail.

The summer of Southern Europe has been spent battling the devastating wildfires raging across the forests, destroying the flora and fauna, along with homes and vital infrastructure. Currently, Turkey coming under the radar, but the spread has left countries perspiring under the rising heat. Greek and European officials blamed the climate crisis for the numerous fires burning through strips of southern Europe, from southern Italy to the Balkans, Greece, and Turkey. The fires have also left Siberia burning in the north of Russia for weeks, while red-scorching, gut-wrenching weather has also fuelled devastating wildfires in California, in the United States of America obliterating towns in some cases and evacuating a couple of them.

Many have claimed and believed that it is just another latest sign that our world is entering an era of the climate crisis, and Turkey, like the rest of the world, is not prepared for it. Experts say the heatwaves and fires in Europe this summer are signs of the impact of climate change, and that extreme weather will only get worse in coming years.

In Greece, firefighters are seen combating flames moving towards the ancient Olympia, the birthplace of the Olympic Games which is currently being held in Tokyo. Greece’s capital region of Athens is under the impact where residents were told to stay at home. Amid the COVID-19 outbreak and its regulation, southern European countries have asked their residents to stay at home to even avoid the smoke pollution eructed into the atmosphere by fires.

Powerful winds across the country are viewed to fan the flames in Turkey. The apocalyptic scenes viewed on various platforms can be counted as approximately 100 blazes that broke out across the country. Turkey like many other countries is reeling from scorching rising temperatures, hundreds had to evacuate by sea as they fled the advancing fire in the tourist hotspot of Bodrum. Antalya, a tourist hotspot that averages near the mid-30s Celsius (95 Fahrenheit) at this time of year, has seen highs of more than 40 Celsius over the week.

As per the European Forest Fire Information System, over the past week, approximately 132 destructive blazes have raged through southern and other parts of Turkey, killing eight people, and burning at least 118,789 hectares of land. Many in Turkey believe the fires are the result of “sabotage”. It is a controversial theory encouraged by many politicians because the wildfires coincide both with months of severe drought and extreme temperatures.

But keeping the politics aside, what entails for mankind soon when the looming threat of climate change over us? It is not even looming anymore because the signs are quite evident and right in front of our eyes. This is not the final event, another one riling up for us is the warning signs of the collapse of the Gulf Stream, one of the planet’s main potential tipping points. Recent research found “an almost complete loss of stability over the last century” of the currents that researchers call the Atlantic meridional overturning circulation (AMOC). The currents are at their lowest point in at least 1,600 years, but the new analysis shows they may be close to a shutdown. The repercussions are going to be catastrophic around the world. This will include and limited severely upsetting the rains that billions of people depend on for food in India, South America, and West Africa. There will be increasing storms and lowering temperatures in Europe and pushing up the sea level off eastern North America. It would also further endanger the Amazon rainforest and Antarctic ice sheets.

The critical state of the AMOC system and ambiguity over levels of future global heating make it impossible to forecast what is going to happen to our planet. The date of any collapse is quite unclear, what is certain is that a lot is at stake. It could be within a year, a decade or two, or several centuries away. The enormous impact would have meant that it is high time for us to comprehend the gravity of the situation, regulate and execute the right measures. There are many ‘tipping points’ that have been casually ignored, it is high time to take a call, the sooner, the better.