Media needs big bang reforms. Merely because television licences have been distributed with a free hand over the decades does not mean that the nation has to live with this corrosiveness, writes Manish Tewari. 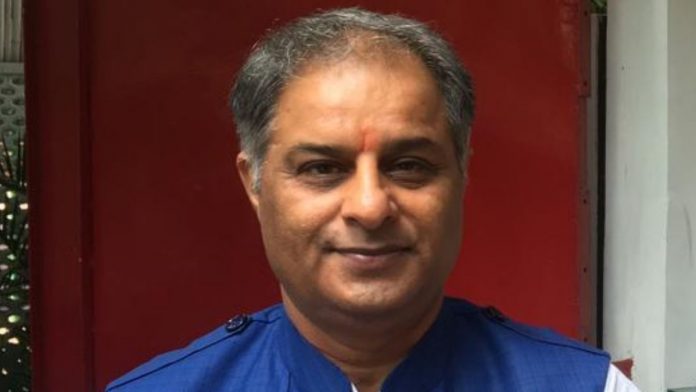 His sudden demise has triggered concerns over TV debates. I have no doubt that the stress of the job killed him. Having been a part of such debates, I know it first-hand.

In 2014, after six years as the national spokesperson of the Indian National Congress and 18 months as the Information and Broadcasting Minister, I had burned out. I was physically, mentally, and emotionally exhausted. I decided not to contest the 2014 Lok Sabha elections. And for five years, I was mocked by my party colleagues, and everybody and their grandmother in mainstream as well as social media for ‘chickening out’ because ‘I was scared that I would lose on the hustings.’ It is another matter that the Congress won my seat partly due to the hard work from 2009-14. I was put in the doghouse and smeared as a coward. Nobody believed me and still don’t when I say I wasn’t just up to it.

Why do some people collapse while others are more resilient? I can only speculate that some put their hearts and souls more into the job while others treat it as just another ‘legal brief’ to be occasionally argued in the evening.

Why then do people still participate in these nightly WWE bouts known as television debates? In part, it is the hunger for exposure and recognition. Other being the aspiration to get your views across to the widest possible audience. However, for politicians, this exposure does not translate into electoral success. Count the number of spokespersons from national parties who have been humbled at the hustings with some former chief spokespersons even losing their security deposits repeatedly. That is why hardly any Lok Sabha MPs appear regularly on news channels.

However, beyond my personal life, Rajiv Tyagi’s death raises some very portentous questions about the nature of the television medium, especially the business model of the news and current affairs genre. Media is not a philanthropic endeavour. A news channel needs to take care of its balance sheets, bottom line, debt servicing pressures, employees’ salaries, shareholders bonus, and promoters’ profits. It is a different matter that most of the major Indian media conglomerates are privately held and their wealth creation does not get socialised.

One of the most corrosive legacies of India’s liberalisation journey is how successive governments have handed out television licences like toffee since 1992. At the last count, India had around 918 odd private satellite television channels, of which 390 are news and current affairs. Only 332 are paid and 586 are Free to Air. This has not created market diversity but resulted in market fragmentation. There are 183 million cable and satellite households in India that reach to about 950 million people.

Only seven per cent of India watches TV news, the remaining 93 per cent watch only entertainment channels. That is why news channels have to pay hefty fee to carriage platforms to reach people’s homes. The only revenue stream that they have is advertising that is measured by a spurious currency called Television Rating Point (TRP). TRP is calculated using People meters device. There are only around 40,000  People meters devices in the country with a population of 1.4 billion. These People meters indicate kind of programming that helps attract eyeballs i.e. how much time does a household watch TV in a day and specifically, which programmes are being viewed the most, and the time slots that are most watched. These TRPs then become the basis for apportionment of the thousands of crores worth of advertisement pie. The more TRPs a television channel generates, the greater the advertising revenue it earns.

If you are a free to air channel or a news channel with a minimum subscription base, the only way you will earn advertising revenue is by grabbing more eyeballs. That is where the role of content comes in. The more sensational, bizarre, and grotesque the content, more could be the propensity to grab eyeballs. That is where sensational headlines, breathless anchors, breaking news,and acerbic television debates come in. For it’s all about the money, honey.

Over a period, the ruling establishment has also deliberately promoted the telecast of polarising and divisive content for it has paid them political dividends. In such an adversarial format you need a villain each night who can be harangued, humiliated and harassed for that is the grist of man eat dog gladiatorial template.

If you are constantly at the receiving end of this diabolical monstrosity, as Congress spokespersons have been for over two decades now, there would be frontline casualties and Rajiv Tyagi unfortunately became one. The UPA, unlike the current dispensation, never believed in bludgeoning and coercing the media into submission.

Remember, unlike the UPA years, media these days cannot hold the government to account. For their promoters who have other businesses are scared of the income tax department, CBI, ED and myriad other such law enforcement agencies unleashing vendetta against them. Journalists also fear for their families and their own lives as they are targeted if they speak against the government in power.

For this eyeball-based revenue model to be successful, you need a villain and that ‘fall guy’ is then the opposition. India is the only country where most of the media holds the opposition accountable for mythical malfeasance but does not have the courage to speak against the government.

An attempt was made by the then UPA government to correct the revenue model skews in the broadcasting business model by digitising the entire cable universe and putting a regulatory architecture on the TRP paradigm. An industry-led body—Broadcasting & Audience Research Council (BARC)—recommended by the TRAI in 2008 was finally midwifed into existence during the first term of the current BJP-led NDA government. However, the experience, going by industry feedback, is far from satisfactory.

However, this needs to change. Media needs big bang reforms. Merely because television licences have been distributed with a free hand over the decades does not mean that the nation has to live with this corrosiveness.

As a first step, the government must cancel all television licences. There is enough scope in the licensing agreements to do so. There would of course be litigation, arbitration and compensatory pay outs involved but ultimately it would be worth it. Then the government must auction four TV channels as per scheduled and official languages to civilise the public discourse. There are 22 scheduled and two official languages -- Hindi and English. That would make it 96 channels. Another four channels should be auctioned to other non-scheduled languages and dialects. There is only space for 100 TV channels—news and non-news—in the market. These channels should be made content and language agnostic, which means they should be allowed to run a mix of news and entertainment in the specified language genre should they wish to. All must be based on mandatory subscription.

A similar rationalisation should take place in the print industry too. As of January 20, 2020, there were 1,44,893 registered print publications with the Registrar of Newspapers for India (RNI) of which 17,573 are newspapers and the rest are periodicals. A bulk of them exist only to get advertisements from the Ministry of Information and Broadcasting’s Bureau of Outreach and Communications, and they print just a few proforma copies. The registration of all such newspapers or periodicals should be cancelled. A similar rationalisation should be carried out across private FM radio and community radio stations as well. All non-operational licenses must be terminated. Currently, 381private FM radio stations and 289 community radio stations are operational. Both Doordarshan and All India Radio (AIR) require right sizing.

On the content side, the Press Council Act should be repealed and a Media Regulatory Authority of India (MRAI) should be established through a Parliamentary enactment. Self-regulation is both a chimera and a myth. That leaves us with the internet. With the multi stakeholder model for governing the internet falling between three stools, namely The Internet Corporation for Assigned Names and Numbers (ICANN), Global Conference on Cyberspace (GCCS), and the global Internet Governance Forum (IGF), a new way forward has to be found to put agreed rules of engagement in the cyberspace in place.

Coming back to Rajiv Tyagi, I only hope he has provided enough for his family to be able to continue their lives without him. A political worker receives no pension, provident fund or gratuity. Political workers live by the seat of the pants, and if they are spokespersons, by their wits. After the condolences and tributes have been paid, his family would have to learn to live without him and economically fend for themselves. That is the sad fate of a political worker on whose shoulders rests the great Indian democracy.

(The author is a lawyer, MP, and former Information & Broadcasting Minister. Views expressed are personal.)