Recreating 'Bird Of Paradise' In Lucknow; An Exhibition Sans Paintings, Sculptures In Mumbai

At an edition of Shaadi by Marriott held recently at the Renaissance Hotel in Lucknow, dancers held the audience spellbound as they recreated the story of the mythical Bird of Paradise. 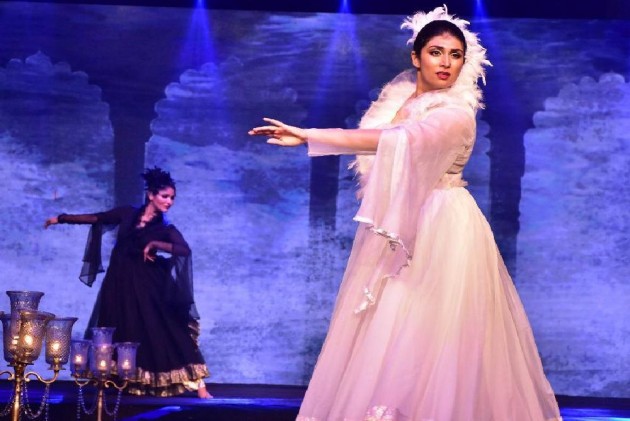 Breaking away from bridal fashion shows that show models weighed down by multi-kilo ghagra sets and laden with jewellery walking down the ramp, the House of Kotwara added the backdrop of a mystical story. At an edition of Shaadi by Marriott held recently at the Renaissance Hotel in Lucknow, dancers held the audience spellbound as they recreated the story of the mythical Bird of Paradise, and its shadow... the agony of their separation and their joyous reunion.

Dressed in white and black respectively, Srinjani Kulkarni and Neha Singh created drama through a blending of fluid movements with Kathak, in a choreography etched out by Muzaffar Ali, with his signature Sufi music lending support to the narration of the tale. The dancers, perfect foils to each other, blended seamlessly into the show, alternating with the heirloom Zardozi and chikankari embellished clothes that bore the stamp of Meera and Muzzafar’s aesthetic sensibility. The more avante garde adaptations by their daughter, Sama, proved that she had come into her own, and had enough innovations to please the younger clientele. The jewellery by Jugal Kishore, a 150-year-old Lucknow-based concern also ranged in design from the traditional to the contemporary, to match the mood of the bridal garments.

"I gave the dancers enough freedom to add their own interpretations to my ideas," Muzaffar said, "Which is the best way to bring out the best in any creative person. And rightly so, Kulkarni who played the Bird in ethereal white is the granddaughter of no less an exponent of Kathak than Birju Maharaj, while Singh, her 'shadow' is an equally well-trained dancer from a family of Kathak exponents." 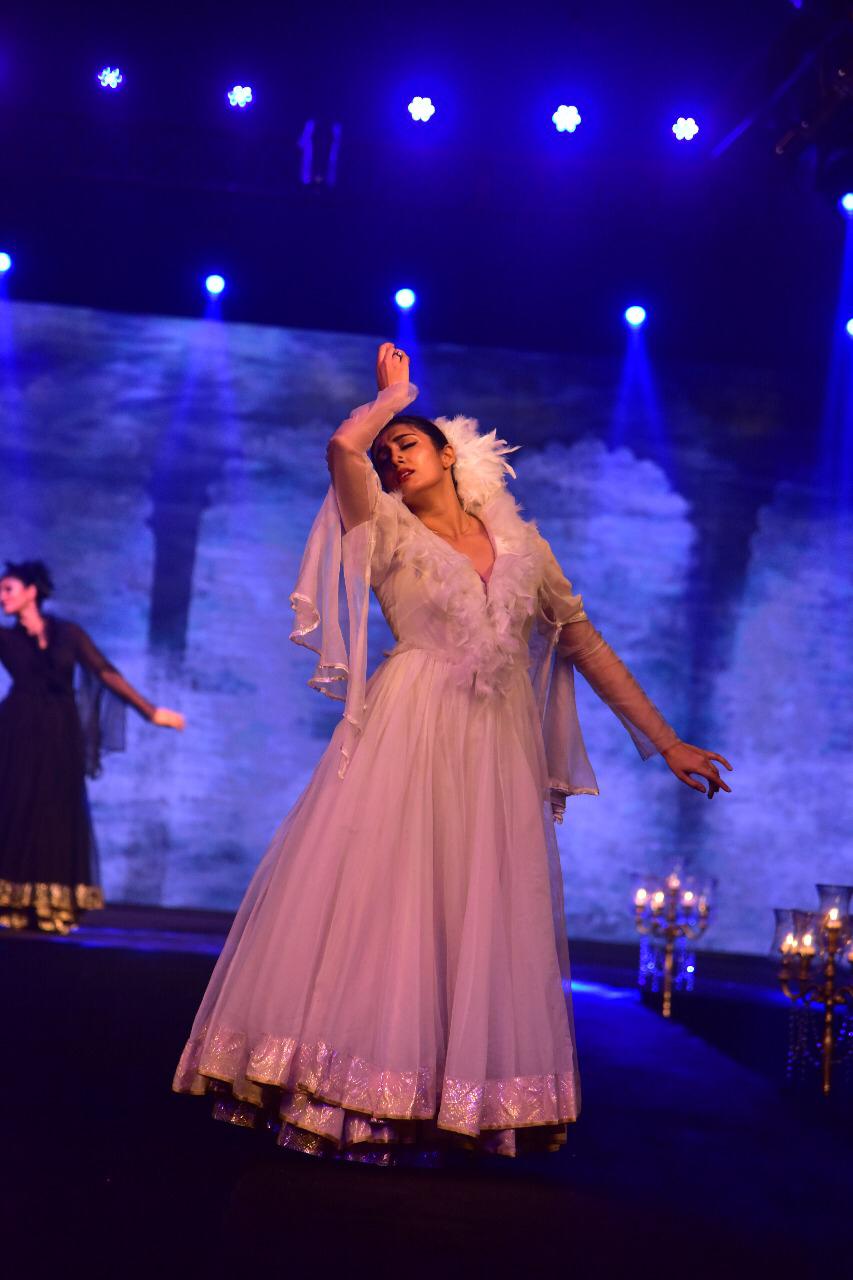 The male dancers who provided support at key moments in the show proved amply the universality and adaptability of the vocabulary of classical dance, as they infused masculine grace into the same movements expressed so sinuously by the women dancers. 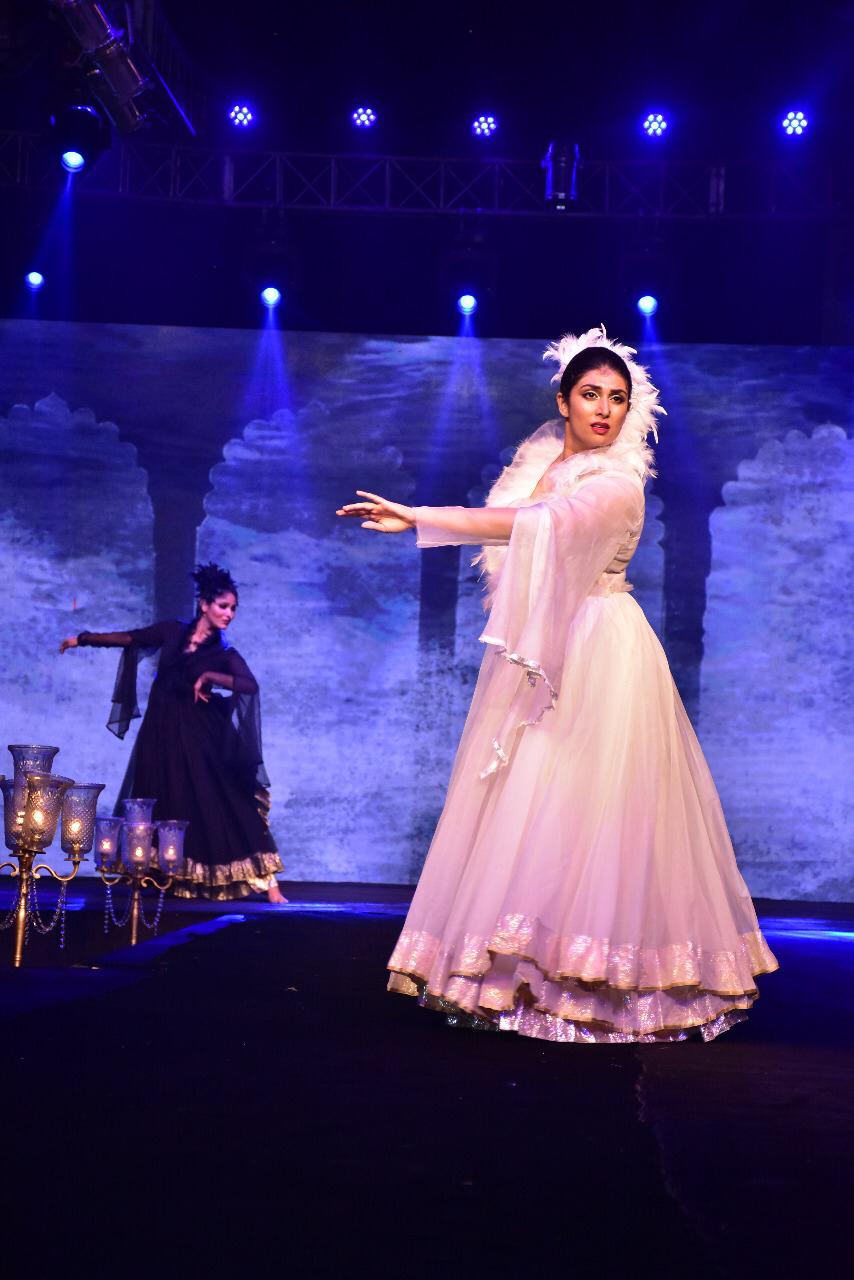 As Muzaffar Ali put it, "The idea behind blending the choreographed drama with fashion was to create a story that took the viewer from the unfolding of worldly clothes to a divine theme". Hopefully, the audience caught that!

Sometimes, experiments lead to innovations that surprise even their creator. One such was the installation titled Lux, which was set up at Method, in Kala Ghoda, South Bombay.
When he started out with the idea of confining himself in a room for seven days and drawing mainly in the corners, artist Sajid Wajid Shaikh had no idea what would come out of it. He tried using sheets as a magnifying glass and realised they created interesting distortions. "Even more exciting was the fact that the light started creating celestial images, like galaxies," he said. When he tried to create visuals using the light on the walls, he found himself getting deeper into the idea, "and ended up with Lux."

"People go to an art show, and can take back a canvas or sculpture; this was a show one could not take back anything from. It had to be experienced," Shaikh said. So, visitors to Lux found themselves part of an "immersive experience". They could look into the installation, and thanks "to the rays that were filtered through various materials that refract, bend, shape, magnify, and repel light rays or the source of creation, see ever-changing illusions". 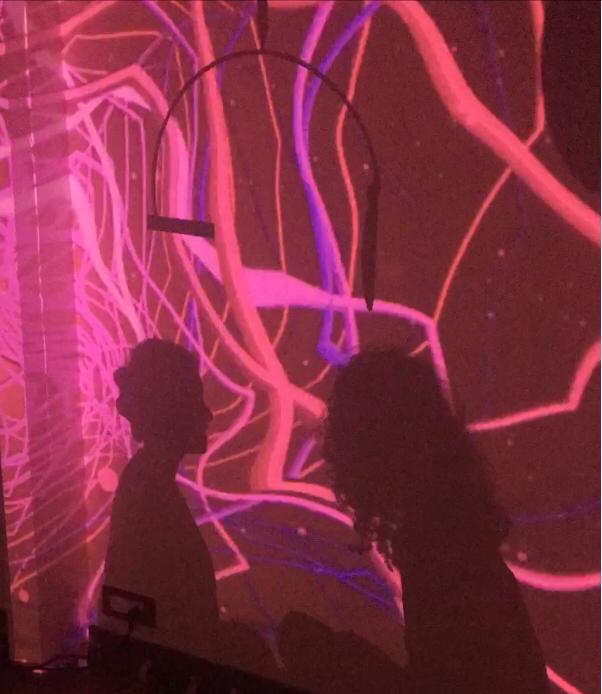 For many, it was a totally new experience. And word of mouth had enough visitors coming into the open-to-all show. "Of course there were some who would walk in and ask, 'where’s the art', expecting to see paintings on the wall," Shaikh added, laughing. "I was extending the two-dimensional magic between pigment and canvas into an immersive magic that surrounds the viewer. "He could look at it from outside in, or enter and see it from inside out. And the people outside would see a distorted version of the person inside." 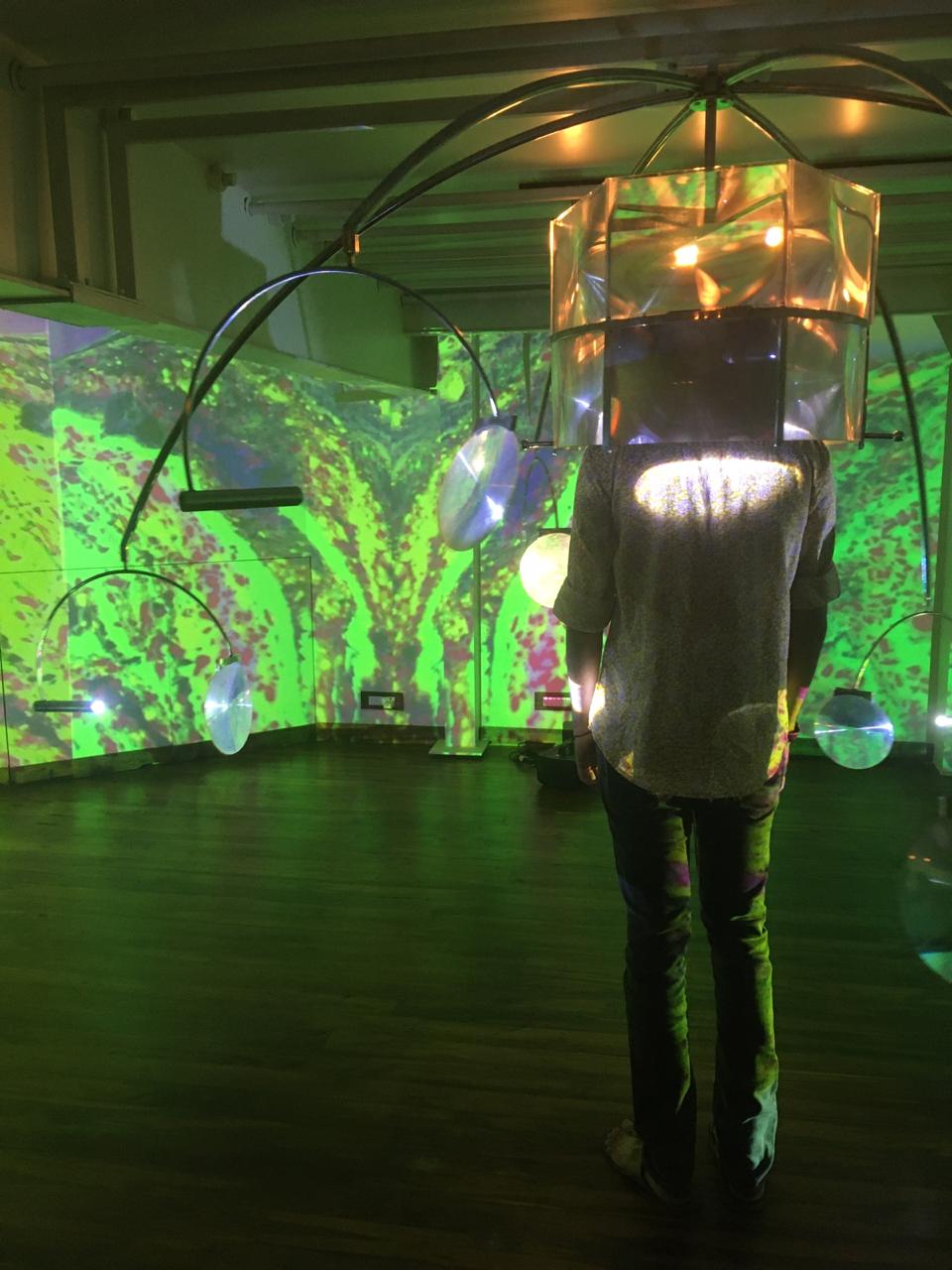 Almost as fascinated by what he had created, as his audience was, Shaikh kept changing his installation, examining the changes that were caused by the shifting patterns of light. It was, in his words, "an ongoing experiment, even for me. The light speaks and matter translates, creating art of another dimension," he said, still, a bit awed by the infinite possibilities of decoding the language of light.