The deal is a win-win situation for both Facebook and Reliance and a big win for fulfilling PM Narendra Modi’s vision of digital payment adoption, writes Vinod Dham. 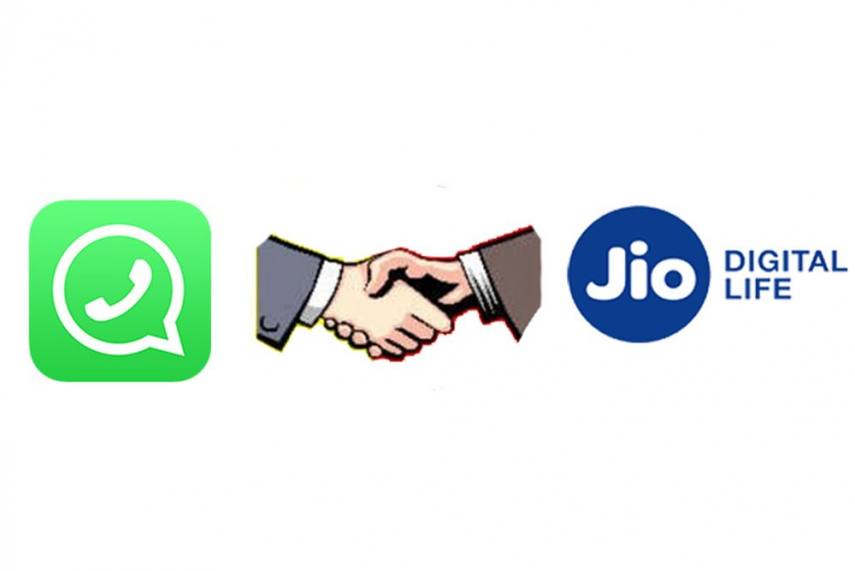 Facebook is an American online social media company with 2.5 billion monthly active users globally. It also owns WhatsApp, one of the most downloaded apps in the world.

Facebook primarily makes money by selling digital advertising space to companies that want to advertise their products and services to these billions of people around the globe. Facebook charges a fee to these companies for displaying their ads on its website. Practically, all of Facebook’s revenues and profits come from advertising and bulk of it from advertising on cell phones.

India’s new digital payment standard, Unified Payments Interface (UPI), to  allow bank account holders to receive or send money without the need to enter their net banking password or user ID. It recently won an approval from the Indian regulators for use of its “WhatsApp Pay” platform in India.

Reliance Industries, India’s largest public conglomerate  owns  JioMart, an e-commerce venture of Reliance Retail; and  Reliance Jio, the largest mobile network operator in India. Reliance is using Jio’s mobile network to connect over 370 million subscribers with 60m of India’s Mom and Pop Kirana shops to sells groceries and other daily needs through JioMart. By doing so reliance is able to reach 70% of India’s 1.3 billion people most of whom reside in rural areas and less developed cities, currently not being adequately served by India’s e-commerce giants, Amazon and Flipkart, who are mainly focused on large metros.

This is a game changing move by a domestic Indian player, with deep pockets and a very large ambition. Reliance is using its leverage in mobile network to enable tens of millions of ubiquitous stores throughout India and dominate India’s e-commerce market by squaring off against two existing foreign players, Amazon and Flipkart (now majority-owned by Walmart). This partnership allows Reliance to leverage the power of “WhatsApp Pay” with JioMart, thus making shopping a seamless mobile experience.

Moreover, since these store fronts are generally housed in the tiny homes owned by small shopkeepers in local markets throughout India, they can afford to run on razor thin margins and offer a faster delivery at lower cost while dispensing need for expensive warehousing.

Facebook stands to gains hundreds of billions of dollars from use of its WhatsApp payment services in this partnership if India’s smart phone user base doubles to a billion in next few years, as widely forecasted.

But more urgently than adding more revenues, Facebook is currently afraid of losing its WhatsApp dominance in India to TikTok, a  Chinese owned  app that has taken India’s prolific users by a storm. TikTok has 800 million active users worldwide and its 119 million active users in India are projected to explode to 300 million by end of this year. Since Reliance plans to pre-install WhatsApp to its customers and businesses for JioMart marketplace, Facebook’s interest in fighting off its rival TikTok will be safeguarded.

For Reliance, Facebook’s move to acquire 9.99% stake in Jio Platforms has already pushed the value of its Jio to $66 billion, almost two-thirds of Reliance Industries, its parent company. More importantly, it has provided a very timely relief in easing short term debt pressures caused by recent crash in oil prices. In the long term a partnership with a Silicon Valley giant will also enable it to enter and solidify its position in the world of high technology.

For Facebook , with over $500 Billion market cap (about five times the market cap of Reliance Industries), their $5.7 Billion investment amounts to just over 1% of its value and 10% of its cash balance, a small price to safeguard its interest in India and secure a broader foothold in its biggest global market and world's fifth-biggest economy.

This is a win-win situation for both Facebook and Reliance and a big win for fulfilling PM Narendra Modi’s vision of digital payment adoption.

(Vinod Dham is an engineer, entrepreneur and venture capitalist. He is popularly known as 'Father of PentiumTM'. Views expressed are personal.)