During this pandemic, the sanitation workers are in dire need of equipment for safety purposes and ‘a specific law’ which caters to their needs especially and not one which snatches their existing rights. 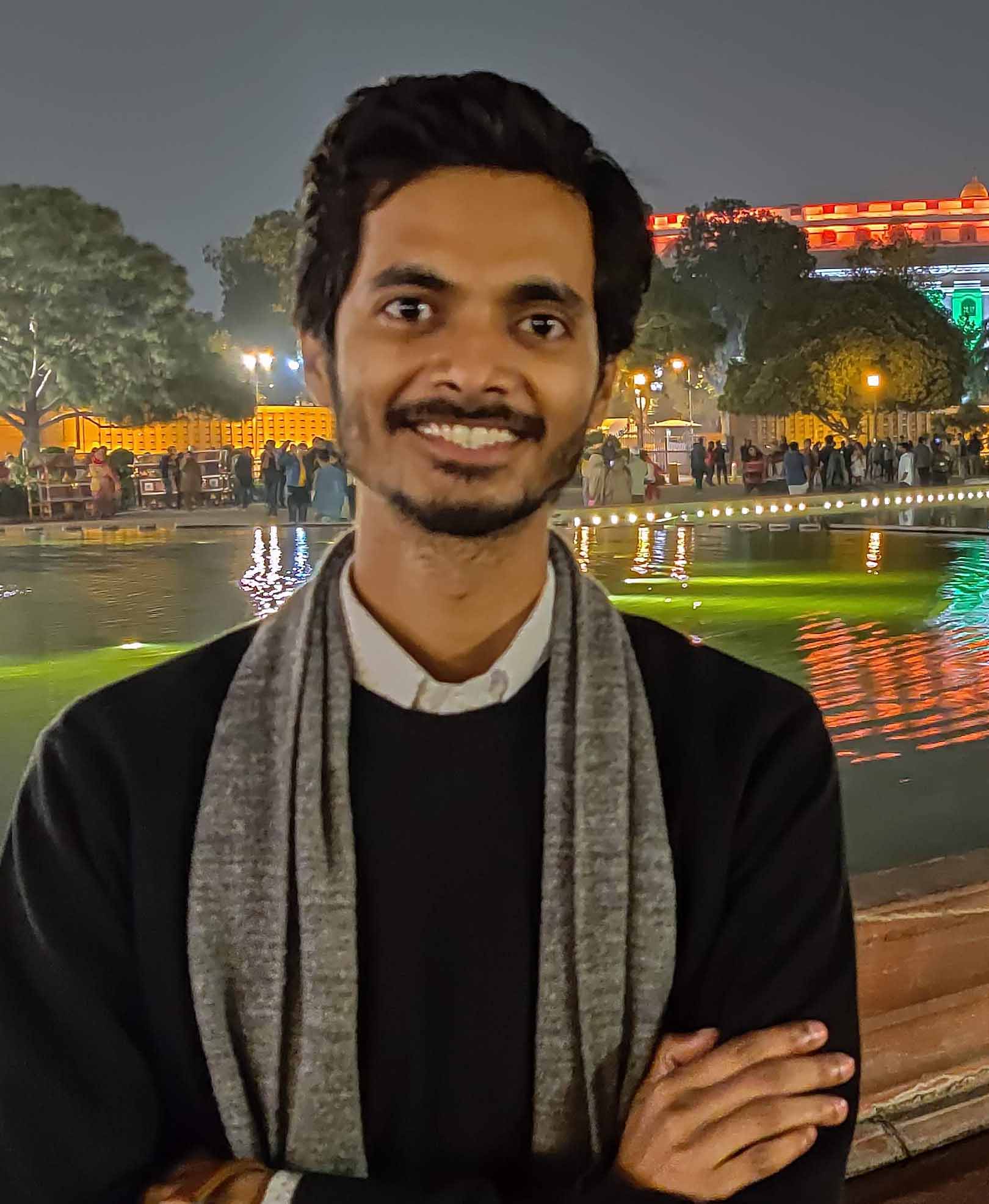 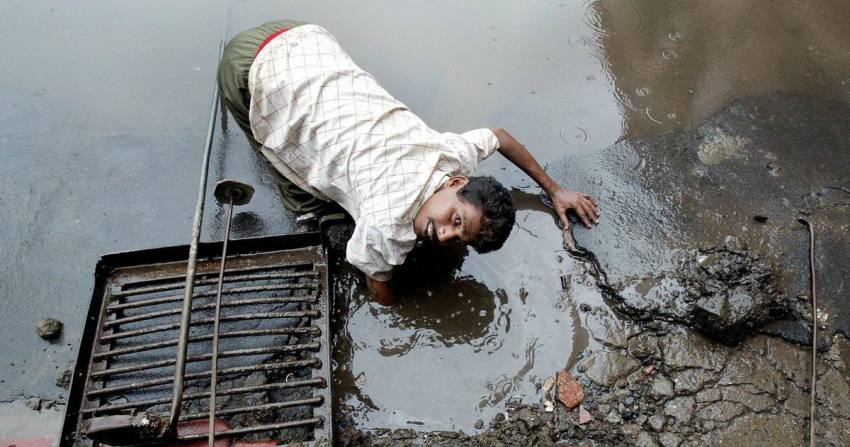 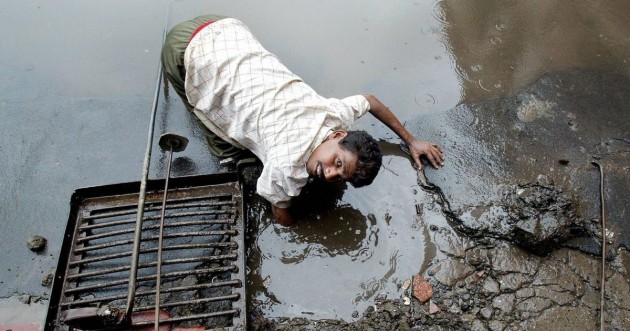 On May 8, the Uttar Pradesh government promulgated the ‘Uttar Pradesh Temporary Exemption from Certain Labour Laws Ordinance, 2020’ (Ordinance) exempting all establishments, factories and businesses from ‘virtually’ all labour laws for a period of next three years to entice investments during the pandemic. The Ordinance will render laws relating to industrial disputes, occupational safety, health and working conditions of workers defunct. Gujarat and Madhya Pradesh are the other two states that followed the regressive UP model. The state governments’ decision to revoke labour laws raises pertinent questions regarding the condition of sanitation workers and manual scavengers- the ‘other’ frontline workers tasked with combating the coronavirus.

Last year, a Supreme Court bench had pulled up the Centre for failing to do away with manual scavenging while also not providing the existing sewer workers with proper protective gear and equipment. The status quo has become grimmer in the light of the novel coronavirus. While the virus strikes one and all without any discrimination, experience tells us that it is always the most vulnerable section of a caste system-driven society which suffers the most. As the Union Government imposes a stringent, all-encompassing lockdown on the citizenry, it yet again dons a mask of cold indifference to the plight of the sanitation workers and manual scavenging community during such trying times.

Ordinarily, an average sanitation worker (including a manual scavenger) is exposed to the fumes of extremely noxious gases and infections while clearing out septic tanks, dry latrines, dead animals, and picking up faeces. As the use of masks, gloves, sanitizers multiply, so does the mound of infected bio-medical waste. The onus to pick this up lands on the glove-less hands of the manual scavengers. Since, they are already reeling from respiratory diseases, poor eyesight, sores and wounds and a heavily compromised immunity system, their susceptibility to the virus increases manifold. Considering their socio-economic status, it is impracticable to expect them to have sanitizers or even clean water and soap to wash off the virus.

In New Delhi and many other parts of the country, sanitation workers without masks or gloves have been specially assigned to disinfect and sanitize the outsides of homes of known coronavirus patients. Just as doctors and nurses are the frontline workers in this pandemic, the sanitation community, too, has the dangerous task of washing out the virus. Yet, this community is left alone, festering in disease and sickness.

The Union Government, in response to a Petition filed before the Supreme Court, stated that protective kits are being ensured for the sanitation workers as per the World Health Organization guidelines. The joint secretary of the Department of Health and Family Welfare, when asked about providing safety gears for sanitation workers said, “whatever the Centre has to announce, it will, in due time”. However, interviews with these workers reveal that the concerned authorities have been apathetic towards their concerns. A worker received torn gloves and masks, while another cheap cake of soap.

Further, a survey of sanitation workers revealed that 98.08% of workers do not get any leave. Hence, in order to not lose their wages, they hurry to chemist shops in times of sickness to treat themselves quickly instead of using hospital services. If these workers are affected by the virus then it is likely that they will not receive proper treatment and if they do, the financial repercussions would only be for them to bear.

Indian Laws provide negligible protection to sanitation workers. Today, the Manual Scavenging Act of 2013 prohibits engagement of manual scavengers. The Act further envisages the due identification of manual scavengers and their rehabilitation by allocating them a different occupation and also granting Rs.40,000 (CAD 737) as relief. There has been consistent uproar from activists as well as the United Nations to abolish this practice as mandated in the Act. But the broader category of sanitation workers still does not have any law or guideline in place for their protection, care or rehabilitation and nor has it captured public empathy.

The municipal and environmental laws cover sanitation and wastewater disposal but make no reference to sanitation workers. The labour law protection afforded to daily wagers are also not afforded to most of the sanitation workers as majority of them are employed for 2-3 months and are therefore, skipped from government records. Hence, they do not enjoy any benefits of various social security schemes such as provident funds or employee insurance. They have also, unfortunately, escaped the public gaze, despite being tasked with work which equals scavenging.

The Employee’s State Insurance Act, 1948, another labour welfare legislation, in Section 9(iii) entitles contractual labour like sanitation workers and manual scavengers to certain benefits during sickness, illness and maternity. Section 46 of this Act further envisages periodical payments to any insured person during sickness, as well as payment to the dependants in case the insured dies as well as funeral expenses. Yet, out of the total sample of sanitation workers interviewed, 74.31% said that their ESI share was being cut from their salary and only 25.68% said it wasn’t.  The actual insurance benefit was either not received or was insufficient. A World Health Organization study on the conditions of the sanitation workers reveals that those workers employed in the informal segment in India are vulnerable to extortion and receive poor financial aid. Again, the employment of manual scavengers is done in an inconspicuous manner, so data about their insurance facilities remains unavailable. In this pandemic, insurance facilities have proven to be crucial for the due treatment of patients. The most marginalised segment is left to fend for itself, again.

The poor treatment meted out to sanitation workers and the abolishment of manual scavenging in India has been contemplated upon by the United Nations innumerable times. The Discrimination (Employment and Occupation) Convention, 1958 obligates India to remove caste-based and descent-based occupations, create educational programmes for equal opportunity and fully cooperate with employers and workers organisation. Further, articles 1 and 23 of the Universal Declaration on Human Rights mandate dignity and equality, fair remuneration and social security measures for all human beings. These provisions are jus cogens norms and hence cannot be evaded. The International Covenant on Civil and Political Rights and the International Convention on the Elimination of All Forms of Racial Discrimination further prohibit discrimination while envisaging a free, equal and a democratic society with respect for life and liberty. The ILO Equal Remuneration Convention (No.100) and ILO Discrimination Convention (No. 111) have been ratified by India more than 50 years ago and obligate it to grant equal pay to people from depressed classes as well as to women.

As aforesaid, waiving of labour laws implies that the most vulnerable section of workers will not be in a position to seek protection or care from the government in miserable working conditions. During this pandemic, they are in dire need of equipment for safety purposes and ‘a specific law’ which caters to their needs especially and not one which snatches their existing rights.

Sanitation workers’ associations should be organised at city and state levels and their role must be recognised in formulating a sanitation policy, drafting welfare schemes and rehabilitation mechanisms and negotiating fair working conditions, specifically during widespread illnesses. Currently, sanitation and health falls under the ambit of states but the Centre must actively draft guidelines to secure and preserve the rights of sanitation workers including better remuneration, bonuses for hazardous cleaning, quality gloves and masks and free health facilities in an immediate response to the pandemic. India’s domestic labour laws and its commitment to international human rights and labour law conventions must be honoured, pandemic or no pandemic.