Section 124A: The Case Against the Much-misused Sedition Law

Clearly, dissent, criticism of government, questioning politicians – all of which are fundamental to a democracy – have come to be treated as sedition by the police and a section of the magistracy in the prevalent political order. Such terrorising of critics and protesters endangers the very idea of democracy, writes Shastri Ramachandran. 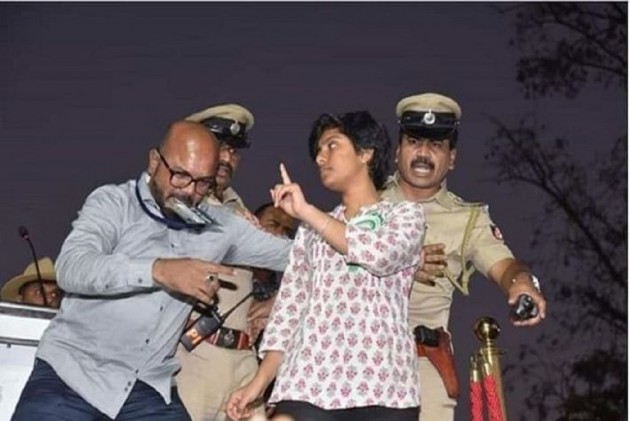 In Indian conditions, it is almost a given that if a law has the potential to be misused, it will be misused unabashedly.

Section 124A of the Indian Penal Code (IPC) was introduced by the British Raj in 1870. In the 150 years since then, this draconian colonial relic, which even the British have now abolished, has been only misused; more so, after Independence. The frequency of its widespread use as a weapon of political repression against numerous people, including teenagers in recent times, is staggering. Charge sheets were filed only in a tiny percentage of cases and not more than a handful ended in conviction upheld by the higher courts. This should suffice as a reason for doing away with Sec 124A.

However, that is unlikely to happen any time soon with this vindictive tool acquiring a “nationalistic” flavour for indiscriminately stifling even legitimate criticism of the government and ruling politicians – for which Sec 124A was never intended in the first place.

The British brought in this law to crush the freedom struggle and terrorise those who might “wage war” against the government. Under Sec 124A, sedition is a non-bailable offence, punishable with jail from three years to a life term. Sedition is when "any person by words, either spoken or written, or by signs, or by visible representation, or otherwise, brings or attempts to bring into hatred or contempt, or excites or attempts to excite disaffection towards the government established by law in India". A person charged under Sec 124 is barred from a government job, deprived of a passport and required to appear in court at all times as and when required.

The most famous victim of Sec 124A, tried in 1897, was Lokmanya Tilak for his writings in his newspaper Kesari. He was sentenced to prison, as was Mahatma Gandhi for his writings in Young India. Such cases reinforced the perception that this law was for muzzling freedom of speech and expression, and browbeating government’s critics and activists. The government’s character changed in 1947, but its propensity for recourse to this law remains unchanged.

The latest victim of Sec 124A is 19-year-old Amulya Leona. Bengaluru police arrested her for saying “Pakistan” among the countries which she hailed as “zindabad” in a public forum. All Amulya did was indulge in slogan shouting and the Supreme Court held in a 1995 case that mere sloganeering does not amount to sedition. There seems to be no application of mind by either the police or the magistrate in this case. Nor does the arrest pass the test of the Supreme Court’s guidelines for a prima facie case.

Even before Amulya’s arrest, more than a score of people in Uttar Pradesh, Assam, Karnataka (where the police interrogated school children over a play) and Manipur have been taken into custody for sedition. In these cases, too, there seems to be a flagrant disregard of the Supreme Court’s guidelines.

Clearly, dissent, criticism of government, questioning politicians – all of which are fundamental to a democracy – have come to be treated as sedition by the police and a section of the magistracy in the prevalent political order. Such terrorising of critics and protesters endangers the very idea of democracy.

The blatant abuse of Sec 124 (in addition to Sec 144) to crack down on political dissent has once again raised a clamour for scrapping it. In recent years, the section has been slapped against public intellectuals, scholars, students, authors, writers, activists and a host of eminent figures. This has been going on even before the BJP took office at the Centre.

In years past, those charged include Arundhati Roy (2010), Binayak Sen (2007), cartoonist Aseem Trivedi (2012) and politicians Praveen Togadia (2003) and Simranjit Singh Mann (2005). The Tamil Nadu police slapped sedition cases against thousands during the protests against the Kudankulam Nuclear Power Project in 2012-13. Decades earlier, in 1980-81 when, in the name of curbing Naxalites, Tamil Nadu cracked down on civil liberties activists and agricultural labour, hundreds of people were charged with sedition.

The ruling Congress at the Centre was a silent spectator when states used Sec 124A as an instrument of political repression although its 2019 Lok Sabha election manifesto promised to do away with Sec 124A. Had it been earnest about revoking this much-misused law, the Congress had ample opportunity to do so during the UPA’s 10 years and even earlier. Nehru himself had spoken out against Sec 124A; and, there were court rulings and law commission reports to junk the law. Far from acting on any of these, the ruling Congress did not even intervene against the misuse of the Sec 124A between 2004 and 2014.

The ruling BJP is only taking full advantage and making more vindictive use of a law that the Congress party did not do away with when it should and could have.

Also Read | Can It Also Be Seditious To Say 'America Zindabad'?