Prohibitory orders continue to be used indiscriminately and all that stands between the government and the people is the judiciary. 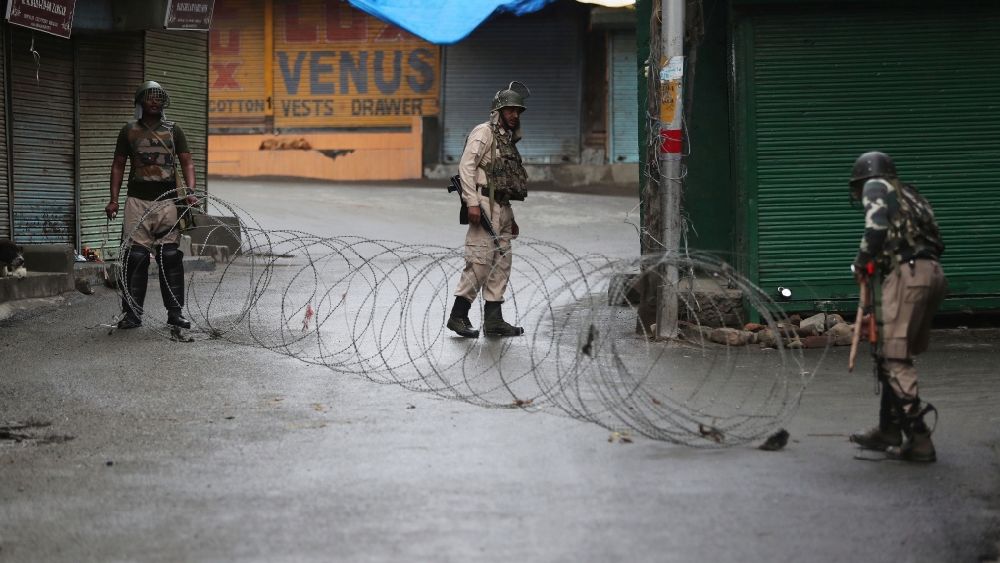 Internet is what Internet does. It can move mountains, monoliths and any leviathan. In the Age of Internet, everything, especially when it is about Internet, happens quickly.

Thus, it was alongside a petition for Internet freedom that the Supreme Court dealt with the state’s persistent abuse of Section 144 of the Criminal Procedure Code (CrPC) and, struck a historic blow for freedom from the tyranny of this particular section.

Internet came to India in 1995. Section144, although part of the CrPC of 1973, is a British era law that’s been brazenly misused for over 150 years. In less than 25 years, accessing fundamental rights through the use of Internet has won the status of a fundamental right. Freedom from the oppressive Section 144 as a fundamental right is still a far cry. Why?

Because Section 144 has proved an effective instrument to put down protests, ban people from assembling and enforce curfew-type restrictions even in normal conditions for the authoritarian purpose of thwarting citizens from exercising their constitutional rights and freedoms.

Like much else that is reprehensible and reviled in Indian polity today, Section 144, too, has its origins in present-day Gujarat. The Section was created and drafted by an officer, E.F. Deboo around 1861 in the State of Baroda. Its first imposition by the British in Baroda was to suppress nationalist protest during the freedom struggle.

In the decades since, during the British Raj, Section 144 was regularly enforced to pre-empt and crackdown on protests by freedom fighters. And, our elected elite, of every hue, has kept up this repressive British tradition.

To this day in post-Independence India, this powerful tool of colonial repression continues to be a weapon of choice for preventing peaceful demonstrations and lawful protests. Its indiscriminate use – in blatant violation of the rules and conditions for its use – continues unchecked and for prolonged periods on the pretext of maintaining public order.

Ironically, the ruling cultural nationalists of today see no contradiction in (ab)using an instrument that was so handy for the colonial police to subjugate and terrorise the natives; and, the misuse of this Raj-era law, which the Supreme Court held, on January 10, to be abuse of authority, is in defence of a ‘nationalist’ realm.

The verdict of a three-judge bench headed by Justice N V Ramana came on a batch of pleas which challenged curbs – such as suspension of Internet and prolonged use of Section 144 -- imposed in Jammu and Kashmir after the Centre abrogated provisions of Article 370 on August 5 last year.

The court said that repetitive orders of Section 144 is ‘abuse of power’; use of Section 144 (in J&K) can't be repetitive and need to be justified; powers under 144 cannot be used to suppress legitimate expression but needs to be justified by concerns of immediate violence. “Section 144 CrPC (prohibitory orders) cannot be used as a tool to suppress difference of opinion,” the court said ordering magistrates to apply their mind and follow the doctrine of proportionality while passing prohibitory orders.

The J&K administration was asked to review all Section 144 orders within a week. This is the real test. It is no less a test of the judiciary in these fraught times where judges are perceived -- rightly or otherwise -- to be excessively mindful of state interests and national security as defined by a partisan executive.

Even when the judiciary mocks the contentions of the executive and its agencies, when it comes to an order, more often than not, it favours the ruling forces. The case of a judge berating the police and ripping into their case one day only to give an order that is at complete variance with the tone and temper of criticism the next day underscores that the judiciary has to be seen walking the talk.

In the case of Section 144, it would be closely watched whether the judiciary makes the J&K administration abide by its orders -- and uphold fundamental rights and freedoms -- or lets the government have its own way as it has managed to do since August 5.

The future of India’s democracy and the inviolability of its constitution hinges on this. What is being done in Kashmir, especially the suspension of rights and freedoms and use of security forces since August 5, could well be a rehearsal.

Should these measures succeed, the boom may be lowered over the rest of the country and with the widespread protests against the CAA, NRC and NPR being similarly suppressed. All that stands between the government and the people in this contest is the judiciary.