Sex Sells: Intelligent Strategy Or Yet Another Tool To Objectify Women?

The question is, is using sex as a tool to sell a product inherently unethical? 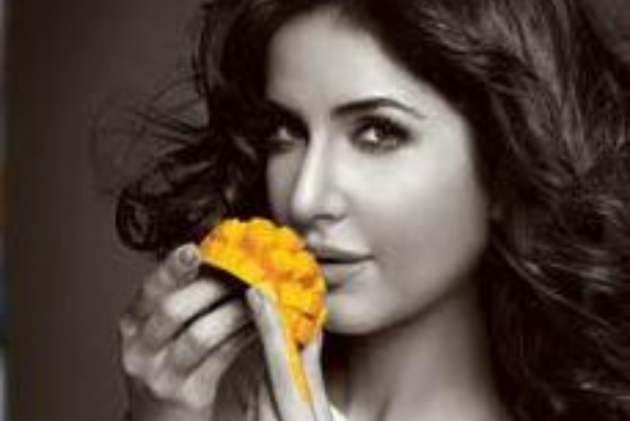 Think of any male deodorant advertisement that you might have seen on television. Most of them follow an extremely similar plot: there is a man who has been ignored by the ladies most of his lives, he applies the slightest amount of deodorant across his chest and suddenly he becomes the most attractive person in the world.

All the usually unapproachable women around him want him the most and mind you, they would not want him in the usual way. All the women, tens of them, would flutter around the man like a swarm of flies around rotten food and what happens following the flutter is not a secret to anybody. Deodorant advertisements like these are the perfect example of the notion of ‘sex-sells’ in society.

Sex in advertising the use of sex appeal to sell a certain product or service. The use of nudity, muscular men and pin-up models, all counts in the use of sex as a promotional message for a brand. Popular brands like Calvin Klein, Victoria’s Secret, Diesel and Pepsi, have used sex as a tool to sell their products for years now, not to forget deodorants brands like Axe and Set Wet!

The Kamasutra advertisement, oops no, the ‘Aamsutra’ advertisement of the popular mango drink Slice is yet another example of using sexual connotations to sell a product. One of its most gross usages featured the Bollywood actress Katrina Kaif emanating from a serene waterfall and gently caressing, read seductively plucking a mango from the tree. She then continues to stare, pressing and caressing the fruit like it is nobody else but her lover! Not to forget the voiceover which is supposed to make the advertisement soothing but it ends up making the advertisement even dreadful. The voiceover goes like this,

“The Aamsutra says that the more you let your greed ripe, the sweeter will be the union with the lover”, no points for guessing who is being called the lover. Slice, unfortunately, is not the only experiment of using sex as a tool to sell something which has gone terribly wrong. Another poster advertisement by Jack and Jones features Ranveer Singh carrying a woman on his shoulders with a text saying, “Don’t hold back, take your work home.” The advertisement is a gross attempt at using sex as a promotional message because of tons of reasons. It not only objectifies women by referring to them as “work” but also reinforces the idea of a man asserting his power on a woman. Unsurprisingly, we also have a deodorant advertisement in the list of pathetic attempts at using sex as a tool to sell.

In one of its television advertisements, Axe showed thousands of women in bikinis running fiercely, swimming across seas tirelessly, climbing mountains, being violent with each other on the way, towards *drum rolls, please* a man who just sprayed the Axe deodorant across his chest. The advertisement does not end here, it then runs a text across the screen which reads, “Spray more, get more. The Axe effect.”

Is using sex as a tool to sell inherently unethical? No. In fact, a lot of brands like Durex use it as its primary method to promote itselfin the most amazing way. Durex’s marketing strategy is undeniably likeable for a lot of people, thanks to its ethical and sometimes educational approach to use sex to sell. One of its promotional posts on social media had the brand introducing its new vanilla flavour condoms. The post had a vanilla-flavoured ice cream with the text “It is for the summer of 69.” Another post by Durex made its way to the consumers’ hearts with just two sentences: “I don’t need a condom - our favourite dad joke”. The way Durex uses its creativity to market its products has seldom gone wrong, which is appreciable because as we have seen, such approaches can be deemed as problematic very easily. While advertising a product or a service, it becomes extremely crucial for a brand to grab the consumers’ attention within seconds. Very often, the quickest and most efficient way to do so is by using some sort of sexual reference. Probably, the best explanation behind why people pay attention to something related to sex is because it has always been a hush-hush topic in society.

Growing up, nobody ever really had the opportunity to learn about sex through the right sources. It was always either through pornographic websites or some friends that we got to know about a thing as sex exists. Our teachers or even our families never dared to touch the topic and then inherently, it became something formidable. Yes, everybody was aware of its existence but they also knew that it is only to exist behind the doors, within the precincts of one’s private space. Therefore, when such a formidable topic is revealed out in the open, all eyes go in its direction. No matter how old we become, sex will always be something that can grab our attention in the quickest and simplest way possible.

Undeniably, sex is something that a lot of people find pleasurable. So, using activities and ideas associated with it to promote a brand should not be problematic. It becomes troublesome when it is used in such a way that it decreases women to mere objects and has some underlying sexist connotation to it. A lot of people like to have sex, yes but nobody wishes to feel like an object for a millionaire company to earn profits. Therefore, using the idea of sex to advertise a brand is a great idea, provided it does not undermine a community’s existence and makes them feel uncomfortable so that you, as a brand could make some more money than you already do.

(The author is a second-year student studying journalism at Kamala Nehru College, Delhi University. Views expressed are personal and do not necessarily reflect those of Outlook Magazine.)