The Kunal Karma 'heckling' case tells us a lot about our government, powerful journalists…and how they can gang up to terrorise a flyer if he irritates a celebrity loyal to the ruling dispensation, writes Shastri Ramachandran. 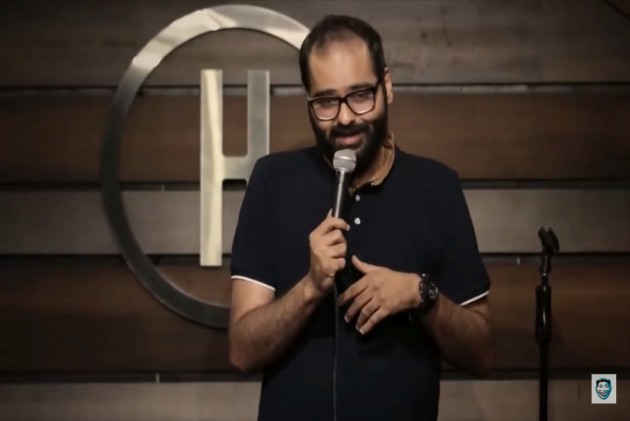 Chronology samajhiye. On January 28, aboard IndiGo’s Mumbai-Lucknow flight, comedian Kunal Kamra confronts Republic TV’s Arnab Goswami. Kamra then posts a video on Twitter of his monologue “heckling” Goswami. IndiGo quickly responds and states on its website that the comedian is banned for six months. Soon after, a minister “advises” other airlines to impose similar restrictions on Kamra. Air India, SpiceJet and GoAir follow suit and ban Kamra on their flights “until further notice”.

AirAsia India and Vistara did not put Kamra on their no-fly list. Acting on a minister’s advice would have been against regulations. Only on the basis of written orders, it is said, can airlines skip the process laid down by the Directorate General of Civil Aviation (DGCA). DGCA rules require issues, such as unruly behaviour on a flight, to be investigated by an airline’s internal committee. Indigo did not follow any rules or prescribed procedure, according to the flight’s pilot in charge, who was not even consulted. The three other airlines treated the minister’s advice as an order.

One did not see either the airlines or a minister act with such alacrity when a Member of Parliament beat an Air India staff with his chappals in September 2017. Air India did not act so swiftly then as it did against Kamra now. When MP Pragya Thakur created a ruckus incident on a flight, no action was taken. Neither the airline nor the minister did anything though the incident delayed the flight.

Disheartening That I Wasn’t Consulted Before Ban On Kunal Kamra: IndiGo Pilot To Airline

The Kamra case tells us a lot about powerful journalists, government et al—and how they can gang up to terrorise a flyer if he irritates a celebrity with connections. It also tells us of the contempt of the high and mighty for due process. It is a shame that these four airlines banned a passenger for “unruly behaviour” without adequate inquiry. Three of them did it because a minister said so. And, we think this happens only in a banana republic. Doubtless, some TV anchors dedicated to the ruling cult have ceased to be journalists. But, can that be reason enough for a minister to “order” airlines to ban a comedian for “heckling” Goswami on a flight without observing the due process?

The pilot, Rohit Mateti, has, in an email to IndiGo, set down the case in detail, showing there was no case for a ban on Kamra. Objecting to the ban, Mateti states that while Kamra’s conduct was “unacceptable and verbally abusive”, he complied with the crew’s instructions and the offence did not fall within even Level 1, which entails debarment for three months.

Thus, IndiGo is guilty of transgressing regulations, as may be Air India, GoAir and SpiceJet.

Why airlines jump to do what a minister “advises” them to, even if it’s not within the rules? Is it because they have much to fear in terms of compliance or on other counts? If their records are clean, why should they—especially, airlines that had nothing to do with the “heckling”—execute such an order? Could they not check with the DGCA what is expected of them?