Discrimination against North Eastern people is an unending concern faced frequently by Northeasterners outside the region. 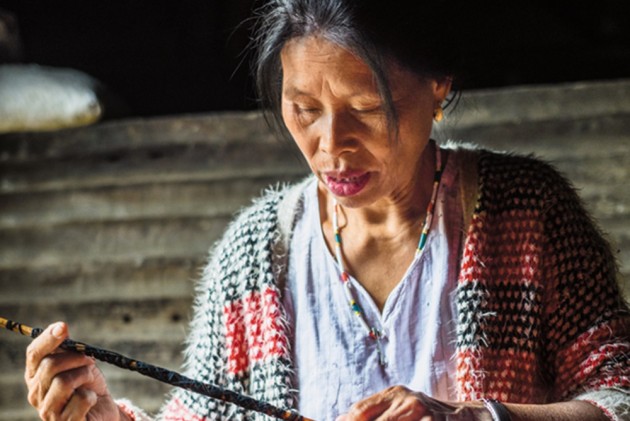 Situated in the nook corner of the country, North East India is a region gravely misunderstood by many, including its own countrymen. The different physical appearances, food habits, and cultures only added to the mysteries surrounding them and their place of origin.

Discrimination against North Eastern people is an unending concern faced frequently by Northeasterners outside the region. Is it because of the lack of knowledge about the region, which in the case will be an admission of the failure of our education system or the degradation of moral values among people who nurture the pathetic idea of deriving pleasure by rebuking people? Or is it an intended indulgence, brought about to humiliate the NE people? It could be both.

Anyway, in the light of the Union Home Minister, Shri Amit Shah's recent remark that 'NorthEast can become the tourism, industry, IT and organic farming hub' and considering the renewed interests in the region, let us look at 10 of the most common misconceptions about North East India and its people.

'Why are you both not speaking in your language?' asked a friend from Hyderabad, on noticing the conversation in English language I had with a friend from Nagaland, during our college days. Even after reminding him that we belong to different states, he seemed to doubt the fact that there are different languages spoken by NE people. As a matter of fact, as many as 200 plus languages are spoken in the region as per 1971 census report.

It is the general perception of many people in mainland India that Tree-houses are common in the region, thanks to National Geographic's documentaries on tribals. To be honest, I have travelled all the states of North East India and I am yet to find any tree-house inhabitant. But for reasons, the explanation of which they themselves don’t know, I have been asked by many about tree-house in NE. Sometimes I wished I lived in a tree-house just to provide consolatory answers to the many curious minds.

4. Chinese (Mandarin) is a common language

Not just the surprise with the existence of different languages, many friends from outside the region have this false belief that North East People speak Chinese (Mandarin). As a matter of fact, no languages spoken by the people from the region have any similar words with the Chinese language. And the majority of the population speak one language, their own tribal dialects, and are struggling to learn the common language of their concerned states. Arunachal Pradesh, which is the only state that shares its border with China has HINDI as the common language of the state.

5. Chowmein is the staple food

This will feature in anybody’s list of misconceptions about North East India. Most NE people residing outside the region will at least once be asked this uncomfortable question of 'You all eat Chow and Momo for lunch and dinner, right?' While there are a few people who'd use Chow and Momo as a favourite word to discriminate against people from NE, there are people who genuinely think 'Chinese foods' are the staple food of Northeasterners. In reality, the appearance of Momo on the table of NE people is preceded by the launch of MAGGI.

6. It is snowing everywhere

'It must be snowing all year-round there, right?' is a question I myself have encountered many a time. There are only a few places in Sikkim, Arunachal and Nagaland which experienced snowfall—in winter only. Many people in Assam, Tripura, and Mizoram are reeling under intense heat waves during summers, forget about snowing. Majority of people in the region, including myself, have not witnessed a snowfall till date.

7. North East is a single state

There may be a cultural and historical reason as to why people from the NE are labelled as 'He/She is from North East' instead of saying the particular state one belongs to. In fact, people from the region too stopped naming their states when asked where they are from. 'I am from North East India' is a common introductory phrase. All this while, some people genuinely thought North East India is a single state that is Assam. 'I am from Manipur,' I said to one of the so many guys I'd encountered in different places, who’d asked me where I came from. 'Excuse me,' he’d say. 'Oh! North-East India,' I corrected myself. 'Ah! Assam, North East,' he corrected himself and smiled. I didn't want to corrupt his knowledge of Indian geography by telling him about the existence of 8 states, including Sikkim in North East India.

'Why don't India just give the whole of North East India to China if the people there so desire?' argued a friend who must have gained his knowledge about North East from one of his relatives who heard North East India for the first and last time during the 60s. I didn't lose the opportunity to narrate the significance of NE India strategically for India and how a foreign base in the North East could pose a grave threat to India's security. Also, despite media reports of a few militants being trained in China during the 60s, the people of the region have no love-lost with the Chinese but are patriotic Indians. The sacrifices made by North Eastern people in the borders of Kashmir, Ladakh, and Tawang, which I thought were acknowledged by all Indians, were tediously explained to him. To my surprise, he was surprised. Later, I'd later learned that he was not alone who harboured those erroneous viewpoints.

Post the pandemic, there are silent thoughts being expressed loudly about foods eaten by the North East people. Taking a cue from Wuhan China, many people feel the North-eastern people share the same food habit and therefore are responsible for the origin of COVID-19. Here again, while the allegation is made by a few people with the sole intent to rebuke their NE brethren, there are people who genuinely bought the story so much so, that at a time when the region had only a handful COVID-19 positive cases, many North-easterners in the cities were forcibly distanced by people as possible carriers of the virus. While there is absolutely nothing wrong with the food habits of people, I can say with certainty that more than 90 percent, if not more, of North-easterners, will never consume a bat. And no market or restaurant is selling 'snakes' or 'bats' alive or cooked.

How safe is North East India? Must be a question everyone asked not just themselves but 'Googled' too, before planning a visit to the region. There are people who believe that militants roam scot-free and routinely hunt the mainlanders. Contrary to the beliefs, the region has improved a lot compared to days between the 70s and the 90s. Most of the militant organizations are engaged in political dialogue with the government and except for a few isolated areas, North-East India today is not just a beautiful place but a peaceful place to visit. The region has attracted many tourists, even foreigners in recent years.

There are various other misconceptions about NE and its people. One being- 'they are all good singers and play musical instruments well'. While that may not be totally right, the assumption didn't gave a wrong impression that could harm the image of the region.  Another one is that 'All North-Eastern people are shy, innocent and soft-spoken'. Many more can be added. We will however not dwell on the validity of these thoughts. The idea is only to debunk a few misconceptions that people have about NE and its people and to humbly present the facts which our Indian Geography classes have evidently failed to educate us in our schooling days. North-East India, with its beautiful landscapes comprising 'The Scotland of the East' and 'Switzerland of India', etc. — is endowed with a much more beautiful gift —its people with diverse culture and traditions that exemplify the true spirit of unity in diversity. Perhaps, that is one thing about North-East India, which most people have in their minds and one which they got it right.

T S Haokip is a freelance writer and author of the book 'Hilly Dreams'. (Views expressed are personal.)