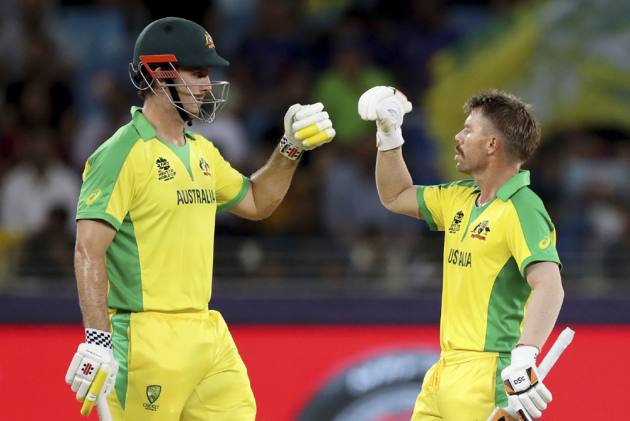 David Warner, dropped from his franchise team in the Indian Premier League (IPL) just a couple of months ago, played one of his typically robust and aggressive knocks to emerge as the Player of the Tournament. Mitchell Marsh, an U-19 Australian captain, whose international career plagued by injuries and has never really taken off till now, played an equally punishing unbeaten knock as he took Australia home with seven balls to spare. For both players, it would have looked an unlikely, if not impossible dream at the start of the tournament. But on Sunday, both were simply unstoppable.

On Sunday, when they went into battle on a cricket field, Australia looked the better team on paper with many established stars in their ranks and in the end, they were exceptional in the chase -- preferring to take the fight to the opposition right from the word go, putting pressure on the New Zealand bowlers, making them commit errors in line and length. Their policy was not just to preserve wickets in the initial overs, but to attack and pile up runs in a way that made the opposition look helpless and at a loss for answers.

They were just too good for New Zealand on the day, and Mitchell Marsh particularly was brutal right from the word go. As was David Warner and later Glenn Maxwell, who were equally dominant. By the halfway stage of the Australian innings, it seemed that there could be only one outcome to the T20 World Cup 2021 final.

And that is how it turned out to be.

Looking at the results of the whole tournament in retrospect, the dew factor was perhaps a big influence on outcomes, a very significant disadvantage to the team bowling second. In that sense, the toss proved to be a huge factor. A wet, heavy ball does not spin or swing and is difficult to grip, which would possibly account for some of the strange lengths and lines bowled by the New Zealand bowlers towards the late evening.

From that standpoint, it may be said that there has rarely been a tournament so dependent on the toss in recent times. Which brings up questions about the timing and scheduling of these matches, which were obviously dictated by the broadcast companies with an eye to maximising viewership.

As former New Zealand cricketer-turned-commentator Simon Doull wondered, if India had not played Pakistan and New Zealand back-to-back first up, and instead had the opportunity to ease themselves into the tournament, playing a few easier confidence-building games in between after the crushing loss to their arch-rivals, would that have made a difference to the semi-final line up?

Those are perhaps points to ponder by the powers that be in the International Cricket Council and perhaps it would be in the best interests of the game if such decisions were not dictated by purely commercial considerations in future.

In the end, it was hard not to feel for the Black Caps. They had put up yet another memorable display. New Zealand consistently punched above their weight in recent times, but on this day they were clearly outplayed by the Aussies -- especially in the second half of the match after a very creditable batting performance in the first half.

They continue to play fantastic cricket all the while exhibiting true sportsmanship and gentlemanliness in the best traditions of the spirit of the game. And that is what this sport is still all about.

There was the understated brilliance of a typical Kane Williamson innings to savour, with its lovely cricketing shots, even in this format of the game! The crucial loss of two set batters going great guns in the last three overs of the game, both falling to Josh Hazelwood in the 17th over, proved to be the turning point of the match. And that saw a lot of good work undone with two new batters coming to the crease at that stage.

That meant that New Zealand finished at least 15 runs short of what they looked capable of at the end of the 16th over, at 144 for 2.

Runs that were to make a crucial difference in the end.

The Black Caps have been wonderful ambassadors for our sport over the years and while COVID has changed our world in so many ways, yet thankfully, some things remain the same, the joy of cricket and sportsmanship being just two of them!

We sure owe a debt of gratitude to the Kiwis, who have consistently played top-class cricket with so much grace and dignity. Although, to be fair to the other participating nations, this World Cup was played in an excellent spirit of camaraderie amongst the teams and it was heartwarming to see teams paying friendly visits to each other’s dressing rooms at the end of their matches in the true spirit of cricket.

With more and more players from different countries playing as teammates in franchise cricket around the world, it can surely be hoped that this trend would continue in the future as well, bringing nations together.

And so it’s on to Australia for the next edition of the T20 World Cup at this time next year and given the talent pool on display here, who knows what that tournament might bring!