Afghan crisis: A return to the scourge of paedophilia—borne along by an unwritten, semi-official Talibani code— is a threat, often shrouded in denial, that few want to talk about. 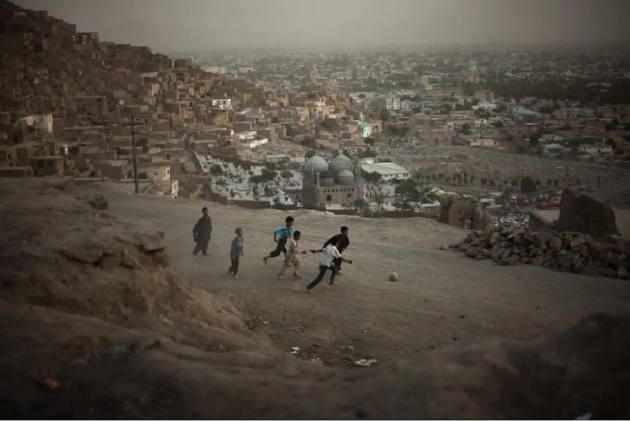 The Taliban taking over power in Afghanistan has generated a lot of alarm in all quarters about what it will do to the condition of women—and rightfully so. But there’s another threat, often shrouded in denial, that few want to talk about. That is a return to the scourge of paedophilia—borne along by an unwritten, semi-official Talibani code. If anything like what had transpired in their first reign comes to pass again, we are potentially talking about another wave of a deep, albeit silent, inter-generational trauma.

My thoughts here come not from empirical data but direct testimony. It was a few years ago that I received a call from a Supreme court lawyer. “Would you do a workshop on trauma and psychology among children for members of the Afghanistan Independent Human Rights Commission?” he asked. “They are coming to India on an invitation and the workshop ways to create a society based on rule of law.”

With No Bullets, Food Or Money, I Had To Flee From War Front: Afghan Commander

“Will it be of any use talking to them about methods they may not be able to apply?” I asked. His response met my doubts with optimism: “They are a small group of people working in the face of great hardship and danger. The Taliban are gone for the moment and they are trying to bring a change in societal values and norms. They are literally taking the country out of a nightmare.”

I was still apprehensive: hope is the only tool of a human rights defender, but it can so often be belied. I had in the past taken workshops with human rights defenders, only to encounter a painful recognition of the gap between what we teach and the conditions in which they have to work. That becomes a near-insurmountable gap in a context like Taliban-ruled Afghanistan, where people can be stoned for minor misdemeanours and where the testimony of women have no legal value. Reality can only breed existential despair.

The lawyer persuaded me to take it up, though. “You have to just talk about your work on paedophilia, what happens to the child, and judicial views on the issue,” he said. “They have a mission, they want to try and bring a change in their country.”

They were fourteen of them, twelve women and two men. Even though they had just landed, they decided to go into a long session and sat wide awake listening to talk after talk, taking copious notes. Where do they find the resilience and enthusiasm, we all wondered. They looked like people possessed.

It was while giving my lecture about paedophilia as an aberration—a deviation from normal in society and how we need to create a social awareness against it—that I noticed them beginning to fidget and shake their heads. Were they uncomfortable with what I had said? I stopped and asked.

“Yes, you talk of paedophilia as an aberration, a deviation. In our country, that is not quite true. Perhaps every second child has gone through some paedophilic experience. After the Taliban took over, they even promoted it and made it normal.”

First, an important distinction here. Afghanistan, specifically Pashtun society, has a widespread and well-recognised subculture of pederasty—adult males exploiting young boys for sex, or what is known in Afghanistan as bacha baazi. This practice, tied up with the old feudal culture, was actually severely curtailed by the Taliban during their first reign—they saw it as blatantly un-Islamic. And their ouster by the US forces had, in fact, led to a resurgence in bacha baazi, as widely attested in global media. The Talibani worldview, on the other hand, seems to tolerate—indeed, demand—the subjugation of girl children as objects for sexual gratification.

“According to their philosophy, controlling female children and their bodies is the key to governance,” said an Afghan participant at the workshop. “Girls are not seen as children, they are seen as adults with bodies that are ready for sex with a man. For them, God creates the female body for pleasure and procreation and as there can be no fault in God’s creation, children ready for puberty must be engaged for a ‘pure and just’ society. They managed to indoctrinate people and bring a level of social acceptance for this.”

Another added, “In Iran, when Ayatollah Khomeini legitimised sex with children of the age of nine three decades ago, we opposed it and said it will never happen in Afghanistan. Before the Taliban, we had fought and created enough awareness against paedophilia. People were beginning to change when the Taliban came with their terror-filled indoctrination and brutal punishments, making robots out of people. The Talibani militia likes pre-pubescent girls for some strange reasons. In my area, there are numerous cases where older sisters and mothers have offered their bodies, asking them to spare their young sisters or children who are too young but they would refuse. They say it is everyone’s religious duty for God.”

“I am the lone psychiatric social worker at an orphanage near Kabul,” said one of the women, who had taken off her burqa. “I notice a strange behaviour from children. Many come and cling to me, some of them lie in my lap. I am a mother. When I hold one of them, I feel as if her body is broken, in fragments—as if I am not holding a single child, but many disjointed body parts held together. I feel that with most of them,” she added. “I am exhausted doing this work. The nights are the most terrible. The children have nightmares and when they scream, it is unbearable.”

The language of trauma is silence. The perpetrators know the survivors don’t speak up. That enables the power structure to be endlessly reproduced.

“The Taliban begin their indoctrination by taking over children’s bodies, breaking and destroying childhood through ritual teaching, and then using them to destroy others. They need destroyed people to carry out their philosophy of annihilation,” said the team leader.

I had taught them trauma-related exercises that they could do with the children. “Some American mental health workers also taught us something similar. But can a whole people, a whole altered consciousness, be changed through this?” Their question kept ringing in my head.

Their passion and determination, their desire to protect their children, had a raw quality that comes from being on the frontline of activism. None of them, I knew, would leave their country even if Taliban returned. Now that has come to pass.

“Do you face threats in your work?” I had asked. “If the Taliban ever come back to power, you can be sure our lives will be in danger. They have already warned us several times. This time we may get killed.” Along with them, there’s a new precarity now for countless Afghan children.

One American soldier was once heard asking on television, “Why don’t Afghan children ever laugh?” It’s what psychologists describe as ‘learned helplessness’—manifested for us through eyes that stare blankly at us, hiding a million fragments.