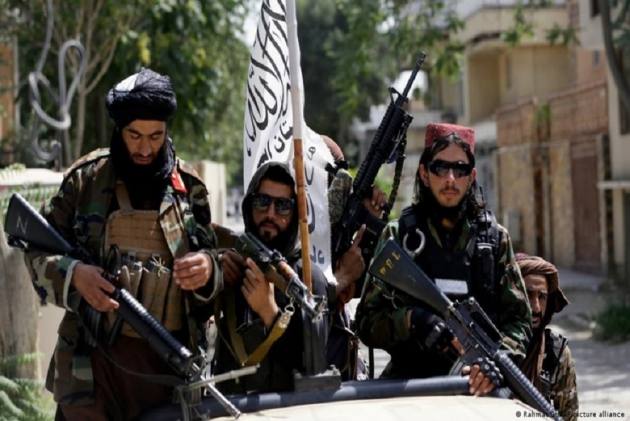 The Taliban is certainly having the last laugh. As if to add salt to the wound, their government in Kabul decided to hoist the Taliban’s white flag over the Presidential palace in Kabul replacing the Afghan national flag, so dear to those opposed to the group. Saturday marks 20-years of the audacious 9/11 attack on the American heartland by the Al Qaeda.  That was a watershed moment in history. It led to America’s war on terror, and the attack on Afghanistan and dismantling of the first Taliban government. Two decades later the wheel has come full circle with the Taliban marking the beginning of the caretaker government’s rule across the fractured nation. On the day America remembered the more than 3000 lives lost in the attack, the Taliban marked the beginning of a new chapter. And Taliban’s rule will be according to the terms they set, as evident by the segregation of women, the compulsory wearing of the hijab and defacing all posters and images of the modern Afghan women who benefited the most during the 20-years of successive US backed governments in Kabul.

With all foreign soldiers out of Afghanistan, the Taliban is now in a position to do pretty much what it wants. Yes, the international community has some leverage on the new interim government, in the sense that it can withhold recognition and ensure that desperately needed funds to run the impoverished land are withheld. Washington has already frozen the countries over $9 billion reserves held in the US, the World Bank and the International Monetary Fund are also withholding payments. But the humanitarian crisis that is unfolding in Afghanistan will make the international community pause. The UNSC meeting later this week is expected to ensure that some help reaches the desperate people. China has already announced $31 million in humanitarian aid for the Taliban-led government. The Taliban has repeatedly said that it will look to China for help. So China and Pakistan are likely to be Taliban’s closest aid now.

The announcement of the Taliban’s caretaker government is another slap in the face for the international community. The new government is made up exclusively of the movement’s hardcore top leadership. There was promise of an inclusive government. Instead, there was no diversity or representation of ethnic minority groups. 30 of the 33 cabinet members are Pashtuns, with on Uzbek and two Tajik ministers. Expectedly there are no women, Shia Hazare’s are missing, nor any Baluch, Turkmen or members of non-Muslim minorities, despite repeated promises of delivering an ``inclusive’’ government.  An Afghan commentator coined a new name for the interim, a ``mullahcratic ‘’ set up, which is ethnically homogenous.

The outrage of the international community after the Taliban announced its interim government is difficult to fathom. Why did major powers like the US think that the Taliban would keep its commitment to form an inclusive government?  Knowing the track record of the outfit since the US-Taliban agreement was signed, this should not have come as a surprise.  The Taliban has not bothered to abide by the rules. The outfit, despite the brilliant PR machinery of the Doha-based Taliban group had never seriously worked at a political solution in the intra-Afghan talks. The Taliban continued to fight and gain control of more and more territory as talks continued with the Afghan government and earlier with the US team led by Ambassador Zalmay Khalilzad. The Taliban had steadfastly refused to a ceasefire while talks were on both with the US and the Afghan government. They insisted on hard core terrorists being released from Afghan prisons and never conceded any ground to either the US or the Afghan government. So why did the US have such faith in the Taliban?

It is difficult to believe that the US was led up the garden path. More likely, the main aim of both former President Donald Trump and current President Joe Biden was to somehow get the American soldiers out of the country. The rest did not matter. Domestic public opinion was against a never-ending war in a far-off foreign land. The only major commitment the US wanted from the Taliban was to ensure that another 9/11 is not plotted on Afghanistan soil. The Taliban had to ensure that anti-American outfits like Al Qaeda or the ISIS-Khorasan or any other future Islamic jihadi entity will not operate from Taliban territory. That was easy to commit for the Taliban. It is not interested in spreading its variety of Islam to other countries. Nor does it have any ambition to spread its brand of Sunni Islam across the world. Its jihad is confined to Afghanistan. It is content having an Islamic Emirate in Afghanistan and ruling the country’s justice system based on strict interpretation of Sharia law. But Islamic terror groups are already operating in Afghanistan and the jihadi eco-system is well in place, there is no reason to believe that the Taliban would be in a position to act against ISIS, a rejuvenated Al Qaeda or any other fanatical group which may take root in the country in future. The Taliban could not prevent the ISIS-Khorasan from carrying out a deadly suicide attack near the Kabul airport which killed 170 Afghans and 13 American marines.

There is much heartburn over the fact that the interim government is dominated by the conservative old guard of the Taliban. But why did anyone in their right mind believe that the Doha office leaders were in a position to deliver on their promises even if they wished to. The Doha chapter of the Taliban was tasked to negotiate and present an acceptable face to the world. They succeeded in doing both. But the main levers of power continue to be those who were close to the late Mullah Omar, a conservative cleric who presided over the first Taliban government.  Five members of the new government spent time in the Guantanamo prison. Several of the key ministers are also under UN sanctions. The most problematic of the lot is interior minister Sirajuddin  Haqqani,  a designated global terrorist  with a reward of $10-million on his head, announced by the US. The Haqqani group,  is said to have close links with the Al Qaeda and responsible for some of the deadliest terror attacks in the country. They are also responsible for the terror strike on the Indian embassy in Kabul in 2008.

The international community has little leverage over how the Taliban government will run Afghanistan. The next chapter in Afghanistan is just beginning, and the US and its allies will not be in any position to dictate terms. That is the hard reality. Having struck a Faustian bargain, the world will have to live with the consequences.