Teachers Who Didn’t Get Enough Time To Teach, Just Enough To Die

In a plague year, what does it mean for a schoolteacher to be the foot solider for the election? Our poorest children have long paid the price of their teachers’ state-mandated absence. Now many of these teachers have paid the price with their lives. 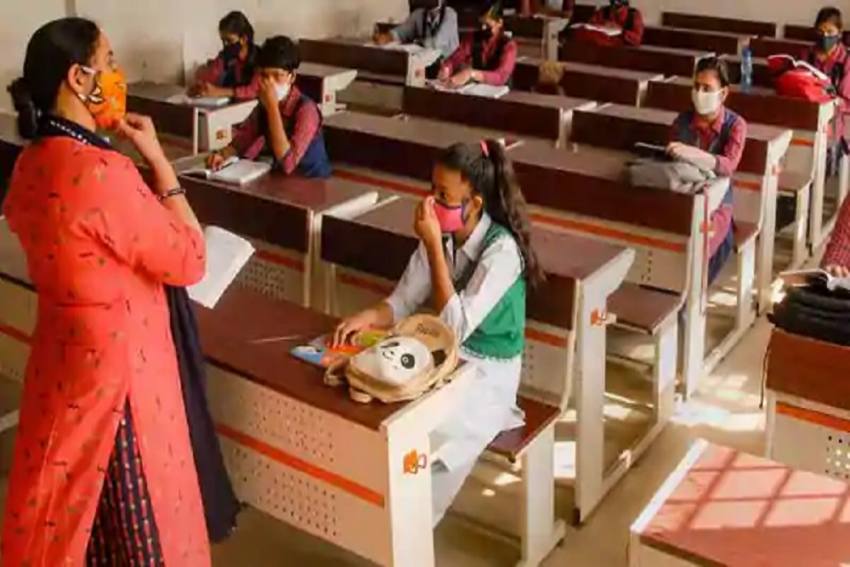 There are a number of urban myths about teachers in government schools across rural India – or “folk devils,” as S Giridhar calls them in his book, Ordinary People: Extraordinary Teachers. One of them is that of teacher absenteeism, or teachers going “missing” or “nadard”, shirking their duties. Giridhar refers to a study conducted by Azim Premji University which found that of the 18% of the teachers who were not in school, 2.5% were absent without cause, while 6% were on sanctioned leave, and 11% were sent on other work, such as training or other government business.

By now, this is an old problem in Indian public education. A report titled ‘Involvement of Teachers in Non-teaching Activities and its Effect on Education’ revealed that of the 220 days mandated by the Right to Education (RTE) Act, in 2015-16, just 42 days were spent on teaching. The Right of Children to Free and Compulsory Education Act stipulated that classes I to V (primary) should have 200 working days and classes VI to VIII (upper primary) 220 working days per academic year, with a 45-hour work in a week. But the report showed that teachers spent 81% of their time in non-teaching activities, most of which went into election duty, including work as Block Level Officers (BLO), conducting polls and surveys in the election year.

Every year, some state has elections, at various levels, and the educational system harnesses school teachers to staff the infrastructure. Students – primary school students more than most – are left unattended for months, affecting their learning, growth and progress.

Give Me Back My Classroom

The Interruption As Window Of Opportunity

A report conducted by the National Commission For Protection of Child Rights (NCPCR) in 2018 stated: “Most of the total 9,28,237 polling stations in 2014 general elections were located in school buildings. For this both private and government school buildings were acquired. Due to this, 10 days are spent in preparations, security measures and inspection. During the period of election duties, Mid-Day Meal is not served in the schools, depriving students of nutrition and the fundamental right to development.”

In 2019, the HRD Ministry sought to limit the deployment of schoolteachers in election duty. While it continued to recommend the employment of teachers on election duty, it aimed to relieve them of the BLO duty, which takes 3-4 months – by transferring these duties to other government workers, as Delhi government as successfully done.

However, in a January 2020 ruling, the Bombay High Court, ruling against two petitions asking for a stay on requisition of teachers for election duty, upheld the requisition made by the Election Commission of India or the State Election Commission for teachers to be employed in poll duty. Supporting the use of teachers in the process, the ruling stated that elections included all stages of the process, not just the polling day & declaration of results.

The needs of education were pushed aside. And this was only the scenario in a pre-pandemic nation.

The price of being the foot-soldiers of democracy in a pandemic year has proved fatal for hundreds of teachers. Putting schoolteachers to poll duty in crowded and unsanitary conditions during the Uttar Pradesh Panchayat elections in May 2021 led to their death from the disease. According to the Uttar Pradesh Shikshak Sangh, 706 primary teachers lost their lives after the third phase of panchayat polls in May. The convenor of the teachers’ association, Hem Singh Pundir, has said that the government did not consider getting them vaccinated before rounding up for poll duty, and that too under sadly unhygienic conditions. Teachers were bundled in rooms, over 50 at a time, making mockery of social distancing, and videos of them being ferried on trucks to polling booths went viral.

A Reuters report puts the total number of teachers who died from Covid after working at the polls at 1600, from data provided by the teachers’ unions and victims’ families. The stories break hearts. There was the 49-year old mother of three whose family begged her to miss election duty but who went anyway, afraid of losing her job, and died from the disease. Sitting by his dead mother’s photo, her son said that she had pleaded to be excused but the officers insisted that she had report to poll duty. She had to go, and she called her family from work to describe the horrors of the condition there, the complete absence of protective equipment, gloves, sanitizers, anything at all. Two weeks later, she died.

The state teachers’ association, the Uttar Pradeshiya Prathmik Shikshak Sangh wrote several times to Yogi Adityanath, asking the elections be postponed. There was no response.

In our country, board exams can work their way around a fatal pandemic, but elections cannot. Is that the price to be paid for democracy?

Where, indeed, is education in our hierarchy of priorities? When did our teachers become the foot soldiers of elections, and at what expense? Our poorest children have long paid the price of their absence. Now many of these teachers have paid the price with their lives.

On the condition of anonymity, a primary school principal from Padrauna in Eastern Uttar Pradesh tells us: “I knew I can’t escape this duty. I had to do it.” She continues, “karna to hain hi, phir chahe has ke karo ya ro ke..”

“We aren’t less than any soldiers on borders you see, Jaan pe khel ke election karwaya h humne….” And then she starts laughing again.

She has lived to tell the tale. But over 1600 of her colleagues did not.