Teaching Creativity In A Year Of Sickness

What does it mean to be creative after a year that robbed so much life and reality away? Will it be possible to inspire it in students? 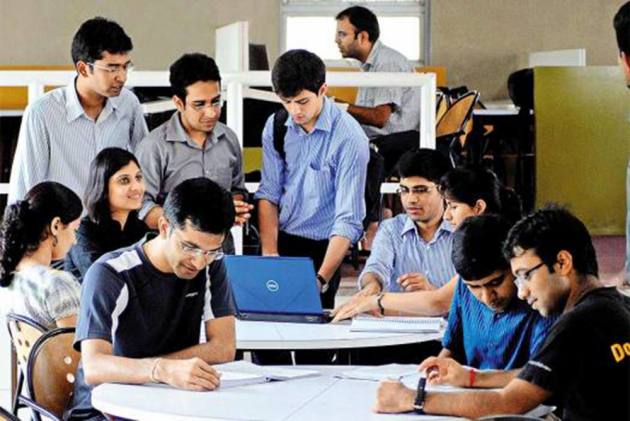 After 2020, is creativity possible? Is it possible to inspire it in students?

Having taught creative writing at a university – and held writing workshops in high schools across India these past four years – I have sensed a major drift of the imagination of young people – especially of a certain class and education – away from immediate reality around them, into the mystical space of the virtual. Childhood and early youth are often times of fantasy and magic, and even those of us whose lives came before digitally mastered childhoods, recall the mesmeric power of myth, magic, and fairy tales, whether from books or stories heard from our elders. But for the post-millennial generation, the world of Hogwarts makes an unnoticed transition to the hyper-reality of Black Mirror. Especially if you belong to the air-conditioned class of Indian society.

The contrast becomes clearer as I conduct writing workshops in the community, organized by publishers, literary festivals, and writing groups in different cities. When older adults write, they create the reality of their workdays, the intricacies of family life, the banal excitement of everyday life – a wholly different intersection of the alien and the familiar. Young-adults of a certain class haven’t yet gathered the beautiful debris of this crushingly ordinary workday, whether in the kitchen or the office – but neither do they seem particularly interested in it. Why would they? Reality is always boring when you can plug it out, on the move or in bed.

A Reduced CBSE Syllabus: Boon Or Bane For Students?

What Would The Presidential Election Results Mean For US Higher Education?

I remember speaking at an elite school in Mumbai, where the classroom window literally opened to a busy street. After discussing a couple of thrillers set in techno-futuristic world, I just had to ask them: “This is good work, but have you even thought of looking out of that window?” Watching the micro-epics of Indian city-streets?

But what happens when the streets are stolen by a virus?

In the 1960’s and ‘70’s, post-modernist writers faced a strange problem. Linguists and philosophers argued that there was no natural relation between a word and its corresponding reality; that such a relation was purely a matter of social agreement and would crumble without it. That there is no reason why a creature cannot be called “God” and the Creator, “Dog.” Even onomatopoeic words do not actually reflect reality; the dog barks differently in each language.

Under this skepticism, many post-modernist writers gave up trying to capture a sensory reality, rich with smell, sound and touch, as their modernist predecessors had done. If you lose faith in the signifying power of language, why bother creating a physical world? It was time to be metafictional, or loop and re-loop into the endless circuits of simulation, be it television or advertising.

Realism has since then made peace with the arbitrariness of language. But 2020 has enacted almost an exact reversal. Rather than a loss of faith in the representational power of language, now it is reality that seems to have disappeared.

I see Facebook posts and Instagram stories of friends hugging friends, having dinner and drinks, tagging those memories as relics of another time. They are now fiction. Posts asking people what the first thing is they’ll do once “this” is all over have now given up – when, if ever, will we get our lives back, even with a vaccine on the horizon?

“Please don’t fall in love,” says a caveat “with the first person you get to hug after all this!” My ten-year old daughter asks me, “What does it feel like to step outdoors without a mask?” I believe she has truly forgotten the feeling.

While the non-A.C. class of Indian society fight the immediate nightmare of crumbling livelihoods, the air-conditioned class also becomes – or seeks to become – a microbe-conditioned class. Parties are forgotten, so are rock-concerts and mass-protests. With masks on, we say no evil!

Less, reality, fewer hugs (and punches); more text and digital media. Some books and a whole lot of Netflix?

What does this robbed reality mean for writers? A greater refuge into the virtual? Wait, wasn’t that already the case?

Will the real become more magical in the writerly imagination? Like sitting in a crowded metro coach and watching the shape of a stranger’s bare mouth?

Or kissing someone who’s not cleared by blood-kinship and microbe-tests? Someone whose lips you’d like to know better than their job and family history?

Is reality the new exotic? Yet?

(Saikat Majumdar writes about arts, literature, and higher education. He tweets @_saikatmajumdar. Views are personal, and do not necessarily reflect those of Outlook Magazine.)