Teaching In The Time Of Protest

Those who know the slim volume know what a unique text it is – a polemical, novelistic essay, an unforgettable manifesto from an age of sinewy manifestos, one of the most influential credos of feminism and pacifism are known to humanity. 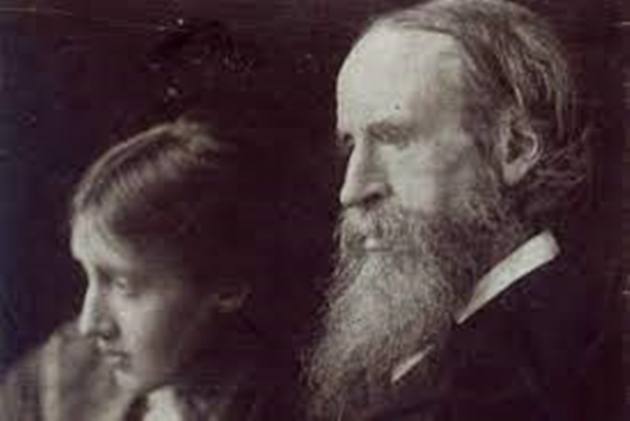 On Monday, March 22, in my course, Forms of Literature – the gateway to the English Major – I was scheduled to teach Virginia Woolf’s Three Guineas. Those who know the slim volume know what a unique text it is – a polemical, novelistic essay, an unforgettable manifesto from an age of sinewy manifestos, one of the most influential credos of feminism and pacifism are known to humanity. Part of the reason why I like to introduce this text to first-year students is to show them the impossible fluidity of literary forms, which they learn from Plato’s Symposium and Jamaica Kincaid’s A Small Place no less than Woolf’s startling celebration of narrative rhetoric and effective reason. But the text invariably crashes into a western literary curriculum densely populated by men, not only as one possessing the searing voice of a powerful woman but also with its promise to feminize – and in effect, humanize – a deeply militarized, violently nationalistic masculine public sphere caught in the throes of Nazi Europe.

But the text also hits home because it’s about education – about the great lacuna of women’s education over centuries, neglected and defunded in favour of what Woolf famously calls Arthur’s Education Fund, the resources every family pledge and accumulate for the education of their male child, with Arthur’s (nameless) sister forgotten forever. The oblivion of the girl child is so bleak and so final that – as Woolf imagines in another unforgettable essay – if William Shakespeare were to have a sister as talented as him, perhaps more, no one would ever know her name, she would never write anything, and her grave would be as good as unmarked.

March 22 was a strange day to discuss Three Guineas at Ashoka University, eerily redolent of the emotions afloat the virtual and real campus. Woolf’s unique feminism made her craft the text as a series of three letters addressed to a middle-aged, upper-middle-class, educated Englishman – essentially the adversary of the “educated man’s daughter” in this feminist struggle. This is how she describes him: “You have reached the middle years of life not without effort, at the Bar; but on the whole, your journey has been prosperous...You have never sunk into the contented apathy of middle life, for, as your letter from an office in the heart of London shows, instead of turning on your pillow and prodding your pigs, pruning your pear trees – you have a few acres in Norfolk – you are writing letters, attending meetings, presiding over this and that, asking questions, with the sound of the guns in your ears.”

Such is the man, public-school trained (Eton or Harrow), university-educated (Oxford or Cambridge), to whom the narrator writes asking for money to endow a women’s college. My edition of the book has a cover on which three young women in academic gowns bike against the grand façade of a Cambridge college – Girton, the first college at the university established for women. Will Woolf’s potential donor see the point? And if he does, will he want to set the terms of the education he agrees to fund?

Woolf’s book, on my syllabus, was flanked on either side by J.M Synge’s poetic play of the Celtic twilight, Riders to the Sea, and James Joyce’s iconic novel, A Portrait of the Artist as a Young Man, but that particular Monday, when the student government had called for a strike and asked many of us to suspend classes, the echoes were unnerving. It was Woolf’s fellow modernist, Ezra Pound, who wrote, “Literature is news that stays news.” The campus community was deep in fierce soul-searching about resources that support education, and the conditions, if any, they attach to their endowment of such resources. Woolf wasn’t addressing the Chancellor of the Exchequer, seeking public funds to set up her college. The daughter of Eminent Victorian Leslie Stephen and the patron saint of Bloomsbury, the aristocratic Woolf, no matter how marginalized by her position as a woman, would craft a seeker of private wealth to establish a college, and one, it is safe to assume, a successful fundraiser at that. When at the end of her persuasive manifesto she established the figure of the Dictator as neither German nor Italian but homegrown English, the good old English patriarch, people might have called her “anti-national” – who knows, perhaps asked her to “Go to Ireland.” But that call would not come from a nation of tax-payers – as it might with her fellow polemicist, the radical socialist George Orwell – because Woolf’s donor would endow a private institution – a Princeton, not a Rutgers, a Stanford, not a Berkeley – really, more like a Bryn Mawr or a Wellesley, to take examples from a country where private and public institutions thrive next to each other.

Long, long conversations we had that week, about guineas, education funds, and the slippery freedom to call out dictators, Italian, German, and homegrown. It unsettled us sharply, and in the strangest of ways, left us deeply satisfied.