The Assaults On Atmanirbhar Bharat

Instead of supporting Indian companies for promoting the Atmanirbhar program, on the ground, state governments actively discriminate against Indian companies. This needs to be rectified urgently. 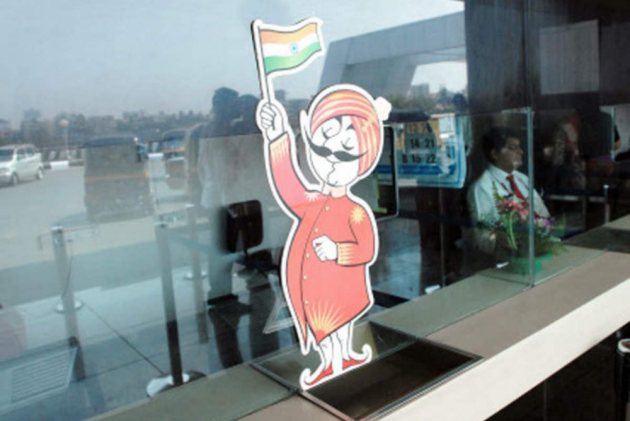 However, as I had written in this column a few weeks ago, Atmanirbhar is a program and is not a policy and that it requires a policy and an ombudsman to support the Atmanirbhar program. Since writing that column, I have been flooded with examples of procurements by state governments through RFP’s that abound in clauses that are clearly crafted for no other purpose but to exclude the domestic players in an unfair manner, thus not providing them with a level playing field for even government procurements, that are funded by taxpayer money of this country.

In this article, I will take up only one such RFP that has been released by a state government, for driving their Proactive e-Governance initiative. Clearly, for any such initiative, any private party getting involved will get access to a tremendous amount of citizen data. Now imagine all of it going to a multi-national company (MNC), who can share the data with any other foreign government that is inimical to the interests of the country. Now imagine, that the government is proactively ensuring that only MNC’s win the contract, by excluding domestic players, by inserting clauses that cannot be met by domestic players.

The said RFP, uses a standard technique that most such RFP use for eliminating domestic players – the dreaded Gartner quadrant (and such related metrics).

What is the Gartner Quadrant?

It is a framework used by a private US-based consulting and research company, Gartner, for communicating if a company is a leader or a laggard in their specific narrow sector. It goes without saying, that Gartner rarely rates any Indian company. In addition, a for-profit US company will obviously be driven by profit motives for any rating it does. It is surprising that Indian state governments find such US company ratings as sacrosanct and as fair metrics for throwing out Indian companies.

It is even more surprising that Indian state governments rarely consider technology company assessments by NASSCOM (an Indian IT industry trade association) or STQC (Standardisation Testing and Quality Certification Directorate – a Government of India body) and overlook them in favour of assessments by Gartner and other US-based entities.

The RFP being analyzed actually asks for software that is benchmarked by Gartner or by Forrester or IDC. Forrester and IDC are similar to Gartner and are also US-based private companies. It has no mention of NASSCOM or STQC assessments.

The RFP also asks for the proposed solution to have appeared in any Quadrant of Gartner’s Magic Quadrant for Enterprise Low-Code Application Platforms. Gartner has hundreds of Magic Quadrant assessments of industry IT products. It is virtually impossible and financially draining for any Indian company to be in any significant number of Magic Quadrants of Gartner. Also, why would an Indian state government force Indian companies to pay precious foreign exchange to a US service provider for their assessment? Do US state governments make it mandatory for certification by NASSCOM or STQC of India, before the service provider can qualify for their procurements in the US?

The most unacceptable part of the above clause is that it asks for the bidder to be in “any” part of the Magic Quadrant of Gartner. This is ridiculous because Gartner will rate anyone who pays, and the four parts of its Magic Quadrant marks technology providers who are leaders as well as those who are laggards. Hence all that the RFP is checking is whether the bidder has paid Gartner or not, and it is not checking if the technology offering of the bidder is rated to be better than most others in the industry.

The RFP then asks that the proposed OEM solution should appear in either Gartner's Leaders Quadrant or in Forrester Wave Leaders or the latest IDC's Worldwide Advanced Machine Learning Software Platforms Leaders. It might as well write that Indian players are not allowed to bid for this RFP. So much so for an Atmanirbhar India, where the state governments themselves do not provide a level playing field to domestic players.

The RFP goes on to ask for the bidder’s proposed advanced analytics solution to have been successfully installed and configured in three different Government Organizations. If Indian state governments were not the leaders globally in adopting advanced analytics, why should Indian companies be penalized for that and be forever shut out from the domestic market, as their solution will never get implemented in “three different government organizations”? If all state governments put in such a clause for the bidder having to implement their futuristic solution in three other government organizations, then it will only be foreign companies who will be implementing such solutions, as their governments would have adopted their solution, giving them the ability to fulfill the clause and then continue to build on their lead. The Indian companies will be forsaken as their governments never adopted them, and hence their solution never got adopted by any government and on top of it, their governments inserted a clause that they must be widely adopted before the Indian government can consider them, thus keeping them out of the domestic market forever.

So, what can a domestic player who is facing such an RFP do? If they complain, the company can get disfavoured for future procurements of the state government. And in this context, I had harped for an Atmanirbhar Commission, where such RFP’s can be brought to and rectified, for providing a level playing field to Indian technology companies. Atmanirbhar India can happen only through access to domestic market, and for such a transformation to take roots, we need an ombudsman in the form of a Atmanirbhar Commission for redressing the distortions in the procurements by the various governments in India.