How has the farmers’ protest movement affected our schools? How are our youngest students shouldering its burdens? 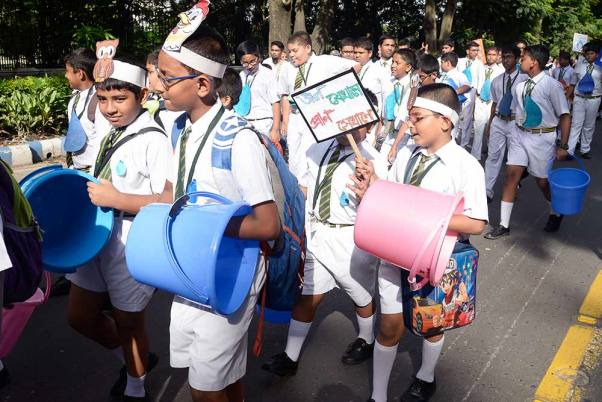 How did school children in Chennai react to news of the farmers’ protest happening in Punjab and Haryana? How do events mutate as they glide across the vast expanse from Kashmir to Kanyakumari?

Student responses to the “leaked” question from the CBSE revision exam in the Chennai school, in the news last month, offer the mirror image of a democracy. A multitude of people, a spectrum of responses.

The assignment itself was textbook case of ideological manipulation on part of an education system. The question stated that the farm law protestors "went on a rampage destroying public property and attacking police personnel in broad daylight." It went on to say the event "filled the hearts of the citizens with condemnation and abhorrence." It asked the examinee to write a letter to the editor of a newspaper “condemning such terrible, violent acts of miscreants who fail to realize that country comes before personal needs and gains.”

Like many others, I came to learn of this absurd move of teacherly manipulation from T.M. Krishna’s tweet about it. Even leaving aside the perverse ideology of the question, the pedagogic value of this exercise is zilch, what with its attempt to pre-empt the position students might take, squashing all space for independent thought.

Student response to this weird assignment captured the pulse of democracy. Confusion abounded. A student speaking to The New Indian Express said that he just didn’t know how to answer, and decided to go for another question to answer. Some of his classmates answered it, simply echoing the sentiments articulated in the elaborately spelled out prompt. Not because they agreed with it – they did not care to agree or disagree, really – but simply because it was the easiest way to construct the answer, without having to “think much.”
There was also the student who disagreed with the sentiment expressed in the question and actually wrote an answer opposing it. He is hopeful that he won’t be penalized for arguing against the view articulated in the question.

Such are the ways of democracy. But the impact of the farmers’ protests on our schools is a question of vital importance. Whether a movement fails or succeeds in the long run – and how it is memorialized by posterity – depends crucially on what it impact it has on the minds of our youngest students. And how it affects pedagogy across the nation.

Schoolchildren whose lives are directly caught up in the protests have very different stories to tell. In a home in Dadri, Uttar Pradesh, Sunita is a women in her mid-fifties who works as a house help and puts much stake in her the education of her son, now in class 11 and plans to join the army after his Class 12 examination. “Today my son didn’t go to school didi...vobharat bandh h naaaj,” she tells her employer on day when asked how come she is so early at work. She went on to say, “Covid me vaise hi school band thaaur ab ye protestse patanhhkab school jaengaladka!” “Due to Covid school was closedfor long and now this protest, I wonder when my son will go back to school”.

Her employer askedif she knew the reason behind this protest.

“We have been farmers and soldiers since ages,” she responded emphatically.“This is for the future of ourchildren. We will have to fight this for them”.

Farmers and soldiers. Long seen as the twin backbones of this nation. Are there cracks now?
Jyoti, a Class 10 student in Aswarpur, Haryana, close to Singhu border, the main protest site says, “I am waiting for my board exam schedule. It is very hectic for me. My father goes at theprotest site, so I prepare food for him before he leaves. But I manage to take time for my studies.”

Coming in the thick of the Covid-19 crisis, the protests have taken a toll on the school experience of these students. The miracle is that they see no conflict between their educational experience and their commitment to the cause of the protest. The inconvenience caused is merely logistical.

There are endless stories of the children of farmers protesting throughout the day and gathering around WhatsApp throughout the evening to complete assignments, learn lessons, and take examinations online. Students living in buses, tents and tractor trolleys with their protesting parents and grandparents have thrown in their lot with the movement. They are pouring their hearts in the movement not only as a way of supporting their elders, but also because they see their collective future as actively endangered by the new laws.

It is hard to believe how students from affected families are balancing their schoolwork with the protests. For those beyond the immediate range of its effect, this is time for a crucial lesson in democracy.

Just as they Chennai school ended up demonstrating, without really meaning to do so.