The Common Threads Of Arbaeen And Shaheen Bagh

Arbaeen is not just a pilgrimage but also a protest gathering of people from across the globe—protesting against injustice, not allowing the world to forget what happened at Karbala. 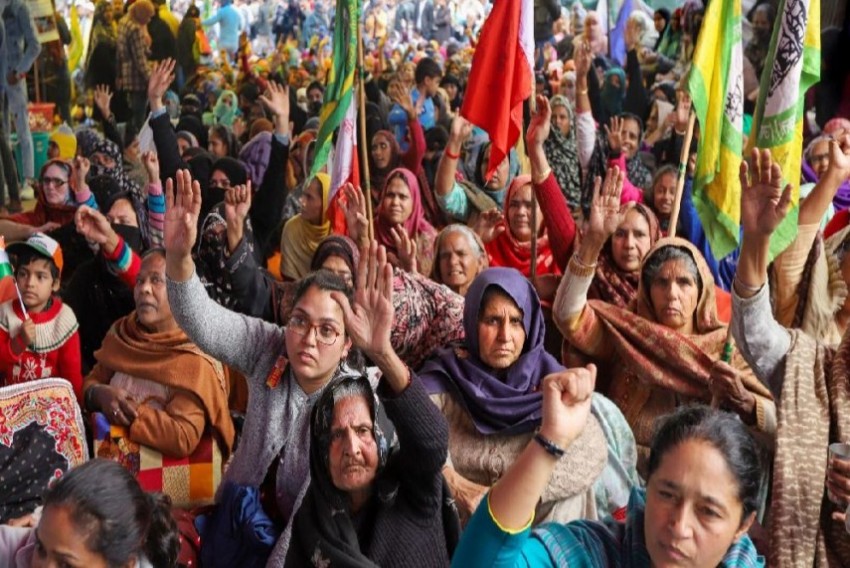 On Sept 23, Bilkis Bano of Shaheen Bagh was featured in Time Magazine’s list of 100 most influential people of the world. A fortnight from this date, on October 8, is the day of Arbaeen- a day that marks one of the largest pilgrimage gatherings on the face of the earth every year.

But why do both of these merit a mention together? What could Shaheen Bagh possibly have in common with Arbaeen?

On the day of Arbaeen every year, as many as 45 million people gather at the city of Karbala in Iraq, to commemorate the martyrdom of Imam Husain, the grandson of Prophet Mohammad.

Significantly, though, Arbaeen is not just a pilgrimage but also a protest gathering of people from across the globe—protesting against injustice, not allowing the world to forget what happened at Karbala.

Arbaeen marks the victory of Hussain over the tyrant Yazid, and the flagbearer of this victory was the sister of Hussain, the Prophet’s granddaughter, Sayyeda Zainab.

Arbaeen, in truth, marks the victory of Zainab.

It was Zainab who, after the martyrdom of Hussain and his companions, kept the flame of protest alive, and gave speeches from atop the backs of camels, where she sat bound in ropes and chains as a prisoner of the army of Yazid.

Despite being taken captive after the battle, chained on camel back and paraded through the streets, having stones pelted upon her and the tips of spears piercing into her head to remove her chador, she continued to address the people on the streets, all the time emphasising who was on the side of truth and who was steeped in falsehood.

Wounded and bleeding, she was brought in chains before Obaidullah Ibn Ziyad, the Governor of Kufa, who mockingly asked her if she had not seen the bloodied corpses of her family.

Rebutting his ridicule, she declared that she ‘saw nothing except beauty’, emphasising that Hussain and his companions were victorious even in death.

Arbaeen marks the day when Zainab along with Zainul Abedin, the surviving son of Hussain, upon being released from captivity, visited the graves of Hussain and his companions in Karbala. The growing sentiment of the people against the tyranny of the ruling regime had forced Yazid to offer release.

Instead of taking the offer of returning to Medina, Zainab decided to stay on in Damascus for some time and mourn the martyrs— for all this time they had been prohibited from grieving. The captives were lashed and whipped if they so much as wept for their kith and kin.

Not only did Zainab force the tyrant to acknowledge the oppression he had unleashed, but also proceeded to make the sacrifice known to the world by holding commemorative gatherings or majlis, a practice that continues to this day. Zainab was the speaker and the narrator at these gatherings, laying bare before the world the truth of Karbala. She became the voice of resistance.

The Day of Arbaeen, then, marks the completion of one full circle, for it is the day that Zainab and Zainul Abedin and their companions all returned to the battlefield of Karbala, to pay their respects to the slain martyrs. This time their caravan was escorted by the soldiers of Yazid’s army as a mark of respect. The tables had been turned.

Zainab stands as a symbol of victory through protest and resistance—affirming that no matter how ruthlessly the powers at the helm may attempt to crush it, ultimately the voice of resistance emerges victorious.

Which brings us back to the women of Shaheen Bagh. An opinion piece in Outlook observes: “The appearance of Bilkis Bano this year (in TIME magazine) denotes that the dominant narrative of India is no longer one driven by those who helm the state, but by the citizens, particularly a vulnerable underclass, that can’t breathe under the weight of this leviathan.”

Shaheen Bagh and Arbaeen stand connected then, joined across 14 centuries in the universality of their message: resistance to injustice. What is most noteworthy, here, is that the resistance in both was led by women. Women have been leading the resistance for centuries—and shall continue to do so. The other connecting thread between both is the idea of reclaiming the dominant narrative. It is only when oppressed groups rise to make the world aware of the truth, can the world truly move towards the reclamation of justice.

*Zehra Naqvi is an author and an independent journalist whose articles have been featured in Indian Express, Reader's Digest, The Quint, The Hindu and Financial Chronicle, among others. (Views expressed are personal.)