The Disgusting, Deadly Downside Of ‘Being Wired’

Wherever you are, you can’t escape the sight of ugly wires and cables snaking across lampposts, streets, houses, temples and toilets. Even Rashtrapati Bhavan is not spared. 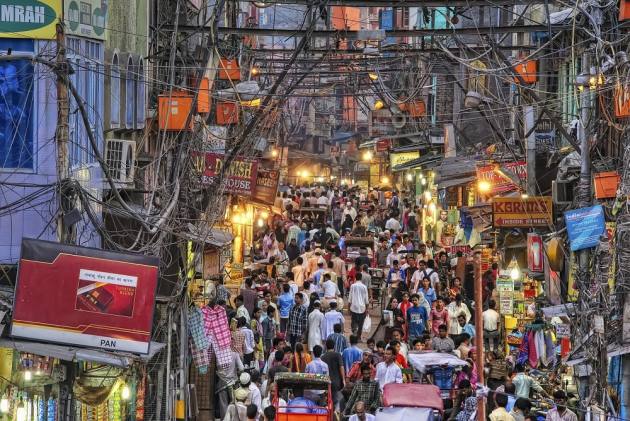 But what is wire Pollution? It is a term I that I am forced to coin, as such pollution is not seen in too many places across the world – it is the intensive rolling out of the plethora of wires and cables across the city, across homes, offices, places of worship, government buildings, public toilets, and even Rashtrapati Bhavan and Parliament House. It is the menace of the unregulated laying of hanging wires all over buildings, across roads, on bus-stands and across any part of a town, such that one cannot see the sky, without having a wire cutting across that view.

Even Rashtrapati Bhavan and Parliament House, supposed to be the cynosure of the nation, has wires dangling nearby, which make it an eyesore. And this is surprising, as the New Delhi Municipal Council (NDMC) that runs that part of the city, has successfully ensured that all cables under its control, including electricity cables, are buried underground. So where do these cables that are draping the view to the Rashtrapati Bhavan come from? They come from other agencies that run the city in parallel to the municipality. These wires are from the police who have cameras all over for security, and hence believe that if the wires are dangling to pollute the city, then somehow security will be enhanced.

We have also witnessed the evolution of various kinds of cables draping our houses and buildings, starting with the telephone lines to the cable TV lines and now to shocking orange or irritating white fiber optic cables. We also find them snaking through trees, boundary walls, railings, and pretty much everywhere. So, is this only an issue of aesthetics and visual pollution that I am bringing out? In Bengaluru, the Digital capital of the country, we had a 44-year-old, Gopal Rao, tripping over a fiber-optic cable and getting crushed by a speeding car. It is plain dangerous.

It is also a national waste of resources when we have loosely dangling fiber optics cables that are prone to cuts, and this has a limited asset life. These cables need to be frequently replaced, and the companies that laid them would need an army of people to manage the cables that are getting damaged. As we noticed in Kolkata during the Amphan cyclone, the service providers who had neatly buried cables were able to continue to provide uninterrupted service, while those who had the cables loosely strung took weeks to resume their services because the cyclone had ripped through them.

It is a fallacy to believe that laying cables on top of trees, existing electricity poles and swinging them from one house to another in front of people’s windows, is the cheapest way of rolling out connectivity. It is not. The total lifecycle cost of such a rollout is very high. At best, it is a jugaad, and like all jugaad, it is a temporary solution. Hence, we see old dead cables still hanging from poles and buildings, as no one has any idea where the cable broke, or which cable is for what and what needs to be fixed. So as a quick fix (read as jugaad), the electrician simply rolls out a new cable and “magically” brings the services back. It is the least botheration for the beneficiaries of such services if the new dangling wire, and the old dead wire, have impinged on the quality of life of other residents, or if the total cost of maintaining such connectivity has actually gone up.

In today’s day and age, it is anachronistic to allow such random laying out of cables all over the city and then using taxpayer money to clean it up, as the government did for the Chandni Chowk area of Delhi. When we are spending billions of dollars in creating smart cities, it is unthinkable that we are creating digital squalor across the cities by letting numerous cables snake through every lane and every house in the city, against the wishes of the people.

We saw in 2015, the Bengaluru municipality trying to pass a draft rule – the Karnataka Municipal Corporations (Regulation of cable laying) Rules, 2015 to curtail this random vandalism of the city by cables. Other cities need to do the same and adopt regulations that ensure that we have clean cities that are free of wires as a key visual pollutant.

Most modern cities have a multi-utility duct system where the municipality builds underground ducts where one can put in these cables. The cable owner pays rent to the municipality,  thus contributing to the income of the municipality. The ducts can also carry gas pipes, electricity lines, and so on, in a scientifically built structure. This is a win-win solution, that is an absolute no-brainer, and helps in improving the livability of the cities and saves costs for the telecom companies. Surprisingly, though that is part of the plan for most of the identified Smart Cities, I am unaware if even one of these cities are actually implementing the multi-utility ducts.

And until they do, we are doomed to remain disgustingly wired.