The NEP is a futuristic document that looks forward to the knowledge economy of the 21st century, one in which India’s participation has been intermittent at best. Will faculty members of these potentially impressive multiversities be able to shape the kind of research that molds not only their productivity, but also their very identities as visionary and effective teachers at the postsecondary level? 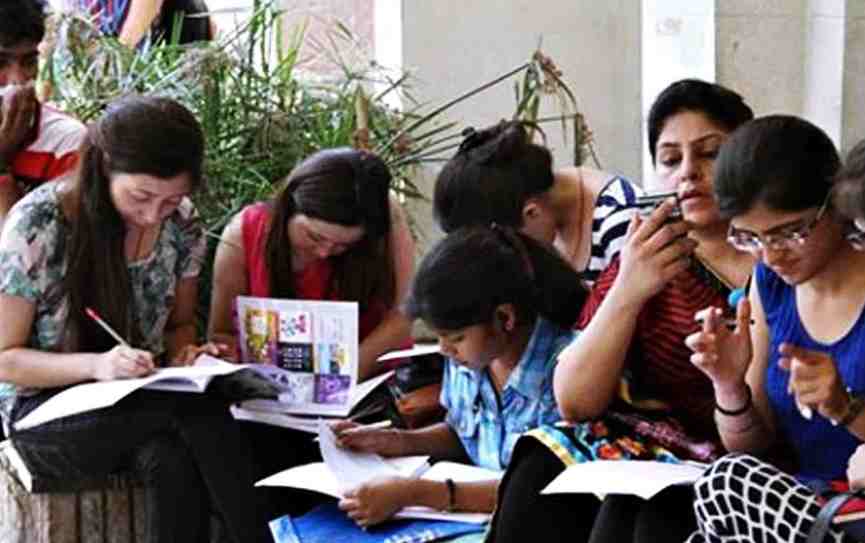 The more I think about it, the more this fascinates me. It takes a great deal of irony to create a situation where professional training heightens rather than helps to overcome ineptitude. But in a system of higher education where your neighborhood photocopy shop offers to produce a doctoral thesis with the right amount of cash, this irony has finally turned into reality.

In its vision of higher education, the National Education Policy 2020 is an impressive and strikingly futuristic document. Given the presence of leading scientists and education researchers – including a striking interdisciplinary thinker such as the Fields Medal winning Manjul Bhargav – in the planning committee, this was only to be expected. On this count, the policy has delivered, and there can be no doubting that.

Also Read: ‘Light But Tight’: Whose National Education Policy is it Anyway?

But as it is said, a policy is only as good as its implementation. When it comes to higher education, almost the entirety of the success of this policy depends on a single factor – research excellence by faculty. From this excellence springs not only publications and grants, but the very principle and practice of pedagogy, and the entire vision of the ambitious species of multidisciplinary universities the NEP envisions.

Will faculty members of these potentially impressive multiversities be able to shape the kind of research that molds not only their productivity, but also their very identities as visionary and effective teachers at the postsecondary level?

NEP 2020 articulates a long overdue critique of the rigid separation of the disciplines in Indian higher education. For many of us who have studied in the public universities – and doubtless also for those who do so today – the rigid boxes of the “streams” feel struck in the mould of eternity. Arts, science and commerce – the die is cast early on, way back in high school, and it threatens to shape the character of your career, indeed, all of life. Clearly this is a legacy of the examination-driven curriculum from the British colonial university which sought to transform brown men to competent clerks, a system that sits unchanged till today. Meanwhile, the world has moved on – to the 21st century generation of knowledge where the promiscuous interplay of mathematics, music and literature in university labs and departments energize the innovative culture of Silicon Valley. In this document’s focus on interdisciplinarity, we finally have the promise of the Indian higher education system waking up to the innovative knowledge economy of the future that has now been here for a while.

Also Read: NEP 2020 Pushes Much Desired Reforms But The Challenge Lies In Implementation

The natural consequence of this emphasis on multidisciplinary research universities is the very emphasis of that very thing – research. Who can run such universities? Who can teach in them? Here too, the NEP delivers – an impressive National Research Foundation. This has echoes in corresponding bodies in the West – be it a National Science Foundation, a National Endowment for the Humanities, or the American Council of Learned Societies.

But the story heard in India is often a contrary one: someone who was a mediocre student throughout their life starts to shine just as they begin their PhD. And also the reverse: students who have topped in exams throughout have lacklustre research careers, or simply give up and move in other directions.

It is not surprising at all. For here is an education system where the consumption and the production of knowledge are more or less unrelated affairs. K-12 through college focuses on learning, in most places the M.A. too, and then one is supposed to wake up one fine morning and start creating new knowledge. How much work will it take for the National Research Foundation to change this culture?

The committee’s celebration of multidisciplinary universities that unite research and teaching comes as a natural consequence to this mode of thought. Not only the rigid separation of disciplines, but the stark polarization of teaching and research was also a structural inheritance of the colonial model from the 19th century. Research was carried in research institutes, be it the Asiatic Society or specialized centers of scientific pursuit, and teaching was left to the colleges. The German model, designed by Alexander von Humboldt, fused research and teaching in the same venue, which inspired the high-powered US universities in the 20th century, beginning with Johns Hopkins, and then spreading across the universities across the eastern seaboard. Barring a handful of exceptions, this has been sorely missing from our universities. NEP 2020 shows itself to be sensitive to this need, and it insists on the long-overdue unification of research and teaching across disciplinary divides, such as the collaboration between the humanities and the STEM disciplines that the document specifies.

But I worry it will take considerable rewiring of the professorial mind in India to institute this thinking that unites interdisciplinary research and teaching in the same venue. This needs research overhaul at the highest level, which will in turn train the future faculty. The proposed National Research Foundation, if carried out to the best of its promise, must address this crucial need.

The NEP is a futuristic document that looks forward to the knowledge economy of the 21st century, one in which India’s participation has been intermittent at best. But the culture of higher education in this country still labors under the heavy cloud of a colonial hangover, where professors in a clerk-training system are but teachers of an advanced order. The difference between the two is not quantitative but qualitative, and it crucially lies in the understanding of higher education instructors as creators of new knowledge. In the successful understanding of this essential transition lies the most significant possibility of the NEP’s success.