The French Are Yelling ‘Fire’, And We Must Heed Their Warning

Liberal ideas face the most serious threat from Islam today, and the French are fighting this war for the rest of the world. 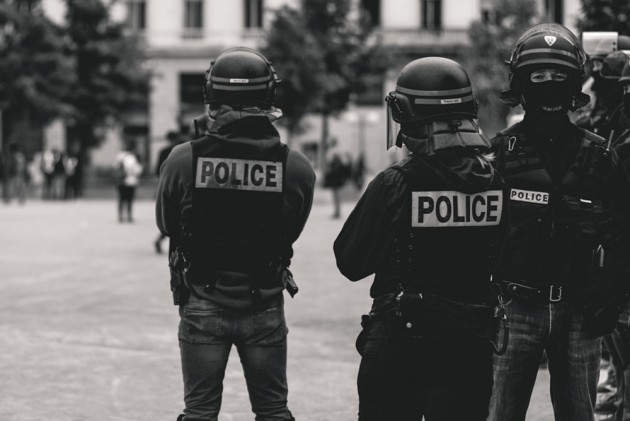 As the days go by since a Chechnyan Muslim man beheaded a French teacher Samuel Patty after Patty showed the infamous Mohammed Cartoons in his class on free speech, news of several more such attacks emerged out of the birthplace of the ideas on Free Speech.

To add insult to injury, there have been boycott campaigns of French goods by Muslims across the world after French President Emanuel Macron imposed strict restrictions in order to counter Islamic radicalism and refused to ban the cartoons. Turkey’s populist president Tayyip Recep Erdogan – in an effort to emerge as the messiah of the Muslim world – has converted the issue into a rivalry in international diplomacy and geopolitics. In the middle of this crisis, the world looked towards other leaders of the West in the hope of joining France’s fight for free expression and criticism. One man – Justin Trudeau – the Canadian Prime Minister, has let the world down by instead joining what the English author Sir Salman Rushdie calls ‘the but brigade’.

On October 31st, Trudeau responded to a question about the French crisis saying, "We will always defend freedom of expression... but freedom of expression is not without limits... We do not have the right, for example, to shout fire in a movie theatre crowded with people, there are always limits". While one can argue that there are indeed limits on free speech vis-a-vis provocation of violence against a person or group of people, it is important to understand why Mr Trudeau is in the wrong while making this seems fair and deceptively reasonable statement.

The phrase “can’t yell fire in a theatre” dates back to 1919, when, in a historical case Schenck vs The United States of America, the Supreme Court Justice Oliver Wendell Holmes noted while deliberating whether Charles Schenck – secretary of the Socialist Party of America – must be convicted under espionage for circulating a pamphlet – written in Yiddish – that opposed President Woodrow Wilson’s decision to join the World War I. The pamphlet had urged Americans to ‘assert their rights’ and resist the mandatory drafting into the army to join the War.

The phrase implies that it would be harmful to people to have the right to shout ‘fire’ in a theatre (the word ‘crowded’ appeared later and was not in the original dictum) if there is none and cause panic and/or loss of life emerging from such a panic and commotion. The Yiddish speaking socialists who were the first people to be asked not to yell ‘fire in a theatre’ were being prosecuted for actually yelling ‘fire’ when there was indeed fire on the coast of the USA and the world was about to burn down in the longest and the most devastating two wars that humanity had ever seen before. It was a violation of free speech and suppression of political opposition to the established government. The phrase, with its rather dark origin and much darker and uninformed usage over the decades, has come to greet us again with the leader of the civilised nation of Canada using it against the French – the magazine Charlie Hebdo, the victim Samuel Patty, and the defender President Emanuel Macron.

Like the Socialist Party of America, Charlie Hebdo has also yelled ‘fire’ when it must have. The fire of Islamic extremism has been burning the world (and the Muslim world especially) for a long time now. History is witness that the friction between the ideals of liberalism and Islamic theocracy has generated a massive amount of destructive heat and absolutely no light. While the magazine Charlie Hebdo has been falsely characterised as hateful and prejudiced against Muslims, the cartoons that the magazine has published have been critical of Islamic extremism and have argued that extremism has affected the Muslim world the worse.

Within the cartoons published by Charlie Hebdo, a common theme that is usually missed by the observers is that of separating Muslims from radical Muslims. In one of the cartoons, for example, Prophet Mohammad can be seen weeping and saying “It’s hard being loved by idiots” implying that the Prophet has been appropriated and misrepresented by a handful of extremists. “Mohammad overwhelmed by extremists,” read the headline of the same issue. In another instance, the magazine’s cover read “French Muslims are sick of Islamism”, again pointing to the damage that extremism has done to the Muslim world itself and the characterisation of the common Muslim that it has created. The damage, however, extends outward to the non-Muslim world as well.

The conflict between free speech and the Muslim world has been a violent one. While a small and powerless minority of Islamic scholars opine that blasphemy must not be punished, there have been several instances of individuals being executed for blasphemy during the Prophet’s life itself, and 13 countries – all Islamic nations – punish blasphemy with death today. Modern history is also dotted with instances where writers, cartoonists, and filmmakers have faced violence at the hands of Muslims who were enraged by the depiction of the Prophet in any form. Although it is historically accurate that other Abrahamic faiths have also held blasphemy as a serious crime deserving of capital punishment – people have been burnt at the stake for merely owning a Bible in English, for example – liberal ideas face the most serious threat from Islam today, and the French are fighting this war for the rest of the world.

It is worthwhile, therefore, to ask ourselves if it is still undesirable to yell fire in a crowded theatre if one sees smoke and, worse if one sees fire. If there is intolerance and violence rampant as a response from the Muslim world every time an author puts ink on paper or a cartoonist satirises the Prophet, must we allow for the fire to consume everything that is needed to create a free society where everyone can express themselves and hold differing opinions on religious figures? Or must we yell ‘fire’ and alert our society to the dangers of theocracy?

(Fahad is an academic and writer based in Ahmedabad. He writes about Politics, Cultural Theory, Human Rights, History, Architecture, and City Studies.)