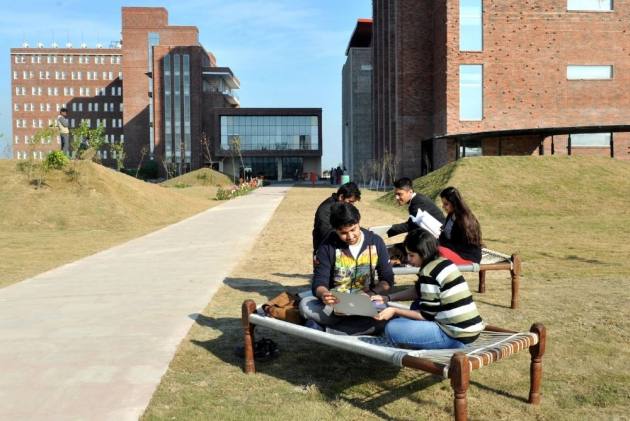 As 2022 gets off to a limping start, the impending crisis in higher education so different in India and in the West, that they practically complement each other. So much so that they could almost solve each other’s problems. Almost.

The single biggest crisis of higher education in the US and the UK is that of cost — college is moving fast beyond the affordable for more and more in the middle class, to say nothing of those below. What is worse is that the costs don’t seem to justify the returns any longer, and this starts to impact even those who can afford it or those on the cusp. Once college shoots beyond a certain point of affordability, it becomes hard to be idealistic about education and attentive to its intangible, long-term benefits. The natural instinct is then to measure the cost against immediate quantifiable benefits, namely jobs and returns, something which explains the mass migration of Ivy League graduates to Wall Street — the attempt to pay off astronomical student loans with high salaries.

If the end of World War II had initiated a golden age for universities in the Anglo-American West, that period of expansion is coming to an end as new forces come together to challenge traditional campus life — particularly those of rising cost, spiralling student debt, mounting administrative expenses, and increasing doubts about the foreseeable benefits of higher education.

As the industry increasingly calls for job-ready graduates, the faith in universities to produce them is beginning to erode. With ageing populations in western countries demanding public funds, support for higher education is on the wane, especially with right-leaning governments. Low birth rates have been shrinking the “support ratio” of working-age people versus those 65 and older. By 2050, the United Nations believes that 48 countries and territories are likely to have support ratios below two. On the other end are countries, mostly in the developing world, with birth rates well above the replacement rate of 2.1, huge young populations and growing middle classes. 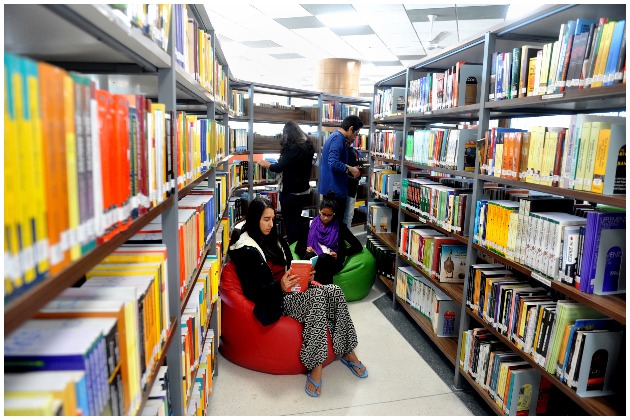 The impact of this disproportion on international higher education has been obvious. Declining domestic enrolments in American universities have been partly offset by growing international numbers. Australia and Canada have aggressively promoted their universities as destinations that will strengthen a migration claim. Post-Brexit, the UK has declared itself “open for talent,” with longer post-study work rights as part of the inducement. But there is anxiety in the West that these attractions will not last, and this anxiety has been aggravated by the pandemic, even though student visa applications to the West have started to rise again. China is investing heavily in its university system, and so are many other Asian countries.

India is key among these countries, with a robust birth rate, a striking “youth bulge”, and an expanding middle-class, which, however, has taken a serious beating in the last few years of economic uncertainty, aggravated by the pandemic. But India is also battling its own demons across a deeply staggered and stratified system. Notwithstanding an ambitious National Education Policy unveiled in 2020, the ruling BJP-led government has been deeply intolerant of free speech, dissent, and liberal views across university campuses nationwide, and this has particularly been destructive of the culture and infrastructure of the nation’s public university system. Many of us received an excellent higher education practically for free thanks to the Nehruvian socialism that still shapes the primary infrastructure of the public universities — uneven as they are in quality, and often relics of a colonial past — but that socialist landscape is now being increasingly eroded, by an unsympathetic government which has, at the same time shown, great sympathy for vocational models of education sponsored by for-profit universities.

Through the pandemic — and now as it increasingly seems, well beyond it — virtual and hybrid models of learning and instruction will continue to be game-changers in higher education across the world, and India will be no exception. But how Indian students will respond to the change — or what will be their ability to participate in it — remains a far more open question. The lure of an exploding college-age population and a sizeable middle and upper-middle-class who can finance an ambitious college experience has driven numerous Western universities to seek collaboration with their Indian counterparts — as I’ve directly experienced myself as the head of a department at Ashoka University. However, as I’ve already argued, it is unlikely that foreign universities will eventually be able to go all the way to set up satellite campuses in India, primarily because it will be hard to find local sponsors, either private or public, as such campuses have found in East and Southeast Asia, and the Gulf countries.

International collaboration is likely to revolve around what the pandemic has already established as the central axis of global higher education — the hybrid mode of learning, bringing together in-person, location-based programmes, experiential teaching, and the flexibility of both synchronous and asynchronous virtual learning. A system in which students live together on campus, but still take part in virtual classrooms, will help create a more flexible and resilient economic structure of the future. If a student has sufficient choice in this matter, potentially, they might spend the first year on campus, subsequently spending a semester abroad, and then completing their degree online.

âÂ¨The situation in the West has already demonstrated that higher education has become as vulnerable to technological disruption as other information-centric industries such as the news media, magazines and journals, encyclopedias, music, motion pictures, and television. The relative affordability of cloud-based computing, digital textbooks, mobile connectivity, high-quality streaming video, and “just-in-time” information gathering have pushed vast amounts of knowledge to the “placeless” Web.

Alternative sources of knowledge and learning are posing challenges to the traditional mission of universities, including online and for-profit universities, non-profits such as the Khan Academy, commercial providers of lecture series, online services such as iTunes U, and a host of specialized training centers that provide instruction and credentials for particular trades and professions, most of which can provide online instruction at a far greater scale and pace than brick-and-mortal universities. Universities are correspondingly trying to retool themselves, and ramping up their adult, continuing, and online learning portals. The Pew Research Center 2011 study found in a survey of college presidents that more than three-fourths (77%) of respondents said their institution offered online course offerings. Half said they believe that most students at their schools will be enrolled in at least some online classes within the next 10 years.

All of this has been accelerated by the global pandemic, and it is clearer than ever that virtual, long-distance, and hybrid learning is here to stay, even if they don’t necessarily replace the physical campus. But what does it mean for a heavily populated, human resource-intense country like India? How will the digital divide affect these new models of learning? In the West, the big question is whether virtual learning will dilute the quality of the college experience and education. In India, the question remains whether this will reach most people at all.

(With research inputs by Harshita Tripathi)

(Saikat Majumdar writes about arts, literature, and higher education. He tweets at @_saikatmajumdar.)