Too much should not be read into it, except it does reflect the Government’s directional thinking in its focus areas of spends and its revenue generation plans, writes Robin Banerjee. 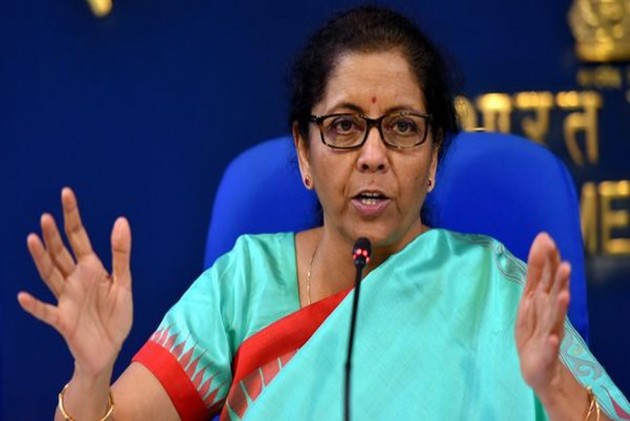 The annual rock-star event has just got over. Bouquets and brickbats have been equally showered. The key question is: Will this budget make a difference to you and me? What does it mean to India as a whole?

Budget is an annual exercise where the Government lays down its expected receipts and expenses for the forthcoming year. Too much should not be read into it, except it does reflect the Government’s directional thinking in its focus areas of spends and its revenue generation plans.

Broadly the Government is trying to place the stepping stones to prepare the nation to make it resilient by discouraging inappropriate behaviour, invest in skill up-gradation, and focus on technological and infrastructure enhancement.

1. Nominal growth target 10 per cent: Good target to have. But considering expected inflation of 4 per cent, the real growth will be at 6 to 6.5 per cent. Given the global recessionary trends, the target is fair and looks achievable.

2. Real fiscal deficit around 5 per cent: The head-line fiscal-deficit of 3.8 per cent is good given there is a need to push the economic wheel. The target is however understated. Apart from market borrowings which is printing of money, the Government will fall back upon extra-budgetary resources like the National Small Savings Fund and bank recapitalization bonds. If you do the maths, the excess of expenses over receipts will be about 5 per cent of gross receipts. Meaning more printing of notes with inflationary possibility. Not an inappropriate action given the necessity to push more investments.

3. Education and healthcare emphasis: Lot of focus in making the future generation healthy and ready to face the competitive world. Hospitals would be set up under the public-private sector (PPP) models in low healthcare facility districts. To upgrade quality education, focus will be laid to make people employable.

4. Rural attention: Thousands of tons of fruits and vegetables rot in the countryside due to lack of proper storage, refrigeration and logistics facilities. The government plans to help setting up warehousing facilities at the block and taluka levels. Self-help groups will be encouraged to provide storage at the village levels. Refrigerated railway facilities to be set up to move perishable commodities to ports, airports and consumption centres. If these get even partially implemented, an agri-revolution would have happened.

5. Water self-sufficiency: The scarcest commodity on earth now is: potable-water. Augmenting local water sources, piped-water, desalination plant and water harvesting are planned. Cities with over a million population will be targeted first for water self-sufficiency. This move can significantly mitigate risks arising from global warming.

The not so good news

The recent budget document looks to have missed the bus in dealing with certain short term measures which could have made a difference under the backdrop of India’s GDP sliding for six consecutive quarters. These are abnormal times, requiring uncharacteristic fixes.

a. Tax reduction on individuals could be a damp squib: The middle range tax slabs have been reduced if no exemption is claimed. The government assumed Rs 40,000 crores sacrifice. Meaning this money will go to the hands of consumers to spend, boosting the economy. But will it happen, given complex calculations for foregoing exemptions and paying tax on the dividend which was hitherto exempted in the recipients’ hands?

b. The financial market still waiting for the magic wand: Entrepreneurs need money. That primarily comes from the banking system and NBFCs. There are a lot of bad loans with some bad banks. Of course, many recalcitrant borrowers are also to be blamed for this mess. The budget documents could have pronounced plans to isolate bad lending, create a few good banks with strong balance sheets. Unless proper funding is done to businesses, nothing can move.

The government can only spend and invest provided they receive the money from the sources planned for. A few big risk areas could derail the majestic motive of the budget document.

i) Disinvestment: Plan has been set to raise Rs 2.1 lakh crore through selling government companies in 1920-21. LIC listing in the stock market is the biggest game-changer. Historically, the government did not perform well in disinvestments. Does the government have the wherewithal to raise the large targeted sum?

The cornerstones on which the Indian economy’s revival depends include adequate funding of business, flexible labour laws, availability of industrial land and employable manpower. While the last one is being addressed, it would have been great if the lengthy budget document could have thrown enough light on how the government wishes to tackle the first three challenges.

The budget was like a long jump. Good preparation, clean take-off, but the headwinds of populism led it to fall short of the winning target. Good budget-thoughts of optimism but not good enough to move the success needle meaningfully for you, me and India. Six points in ten is perhaps what the effort deserves.

Robin is a Chartered Accountant, Cost Accountant and Company Secretary. Currently, he is the Managing Director of Caprihans India Ltd, a large listed manufacturing company. He has recently authored two best-selling business books titled: “WHO CHEATS AND HOW” and “WHO BLUNDERS AND HOW”.

The author can be contacted at: robinbanerjee2000@yahoo.co.uk