We must acquire the elasticity of mind to look beyond isms...and learn to walk with Gandhi, Ambedkar and Marx for a true politics of liberation 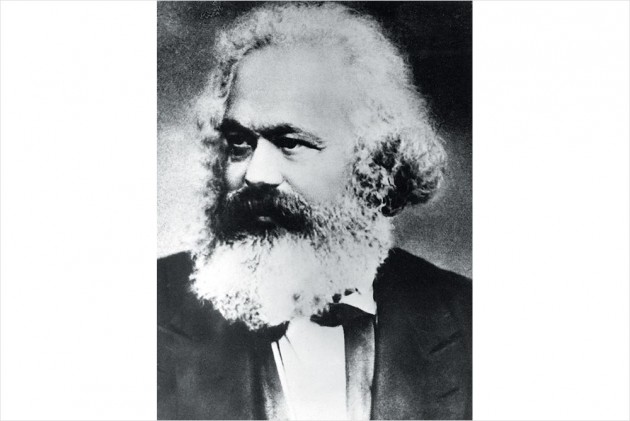 I am not a Marxist. As a wanderer, it is difficult for me to remain confined to any particular school of thought; I love to live with epistemological pluralism and what Paul Feyerabend would have regarded as an ‘anarchist theory of knowledge’. Moreover, I am not very easy with reductionism, determinism, or a ‘science’ that seeks to explore the ‘inexorable laws of history’. And I see immense possibilities in those who are not necessarily the champions of ‘scientific socialism’—say, the likes of Thoreau and Gandhi.

Yet, I have no hesitation in saying that Karl Marx is irresistible. Hence, even at this moment of pandemic-induced despair, I feel like invoking him on his birth anniversary. And it helps me to come out of the prevailing psychic nausea and boredom; I begin to experience the vibrations of positive life-energy. Marx helped us to open our eyes; he aroused our conscience, and urged us to hope and fight for a better world. Yes, Marx could see man’s alienated/fragmented/crippled existence; he could reveal the negative content of industrial capitalism—its exploitative character, its class cleavages, and the way it reduces us into mere commodities and objects, and dehumanises us. But then, Marx’s critical consciousness, unlike Weberian ‘disenchantment’ or the Freudian pessimism centred on repression and neurosis as depicted in Civilization and its Discontents, retained its optimism. Yes, he gave us a hope for collective redemption—the feasibility of ‘communism as a transcendence of the hitherto existing dualities’, or the arrival of a new being: not alienated, not repressed, but capable of cultivating all the creative faculties of its being.

For the post-Enlightenment ‘secular’ world, Marx, it would not be entirely wrong to say, appeared like a new messiah. He inspired. He saw the evolution of modernity beyond capitalism. With his science of dialectical reasoning, dream, passion, scholarship and methodology of historical materialism, he inspired many—revolutionaries, scholars and struggling masses. From Lenin to Althusser—Marx’s ‘disciples’ were many. Even Sartre, despite his existentialist notion of freedom and ‘bad faith’, could not afford to be indifferent to Marx. And at the same time, there were profound critics of Marx. In a way, Marx was irresistible. It was difficult to ignore him. For instance, there are sociologists who often say that the ghost of Marx haunted Max Weber—yet another great mind who wrote a text like Protestant Ethic and the Spirit of Capitalism, and revealed the role of ideas or religion in the making of capitalism. And what made Karl Popper’s Open Society and its Enemies immensely popular amongst political theorists and philosophers of science was his critique of the Marxian method of historicism.

Yes, Marx continued to influence social philosophers in multiple ways. True, with the evolution of history, the character of capitalism changed with the growth of a techno-managerial professional class—a class that, as many political sociologists argue, does not fall into the typical Marxian ‘bourgeois’ vs ‘proletariat’ dichotomy.  Furthermore, modernity began to acquire yet another meaning with conspicuous consumption, technological violence, rising authoritarianism and devastating war. Hence, we saw something beyond ‘official Marxism’—its economistic determinism and scientism. We saw Gramsci’s critique of Bukharin and Plekhanov, his deep reflections on the changing character of the state in advanced capitalism—the way it sees beyond ‘coercion’, and establishes its ‘hegemony’, or manages to get active ‘consent’ from people through the ideological play of the entire network of ‘civil society’: schools, media or religion. Or how the passionate champions of ‘Frankfurt School Marxism’—Adorno, Horkheimer and Marcuse—taught us about the ‘culture industry’: the way it standardises our cultural tastes, causes intellectual dumbness, promotes ‘one-dimensional’ thinking, and leads to a ‘new form of social control’. In a way, from ‘economistic’ Marxism we saw a move towards culturally nuanced/humanistic Marxism. In a way, the intellectual history of the twentieth century experimented with Marx.

Well, these days postmodernists tend to deconstruct all grand narratives, including Marxism, and, as Jean Baudrillard would have said, there is nothing ‘real’ because we live amid media simulations and experience only the ‘hyper-real’. Yet, it is exceedingly difficult to escape from the Marxian conscience as we confront a world characterised by heightened inequality, exploitation and violence. Even if the proponents of neoliberalism (the global trend after the collapse of Soviet socialism) seek to reduce us into self-seeking/atomised/discrete individuals or consumers, we do realise that sanity is impossible with chronic social Darwinism, and we cannot live with dignity without an ethics of care, distributive justice and collective welfare. In a way, the question Marx raised refuses to become irrelevant.

As I look at our own socio-political landscape, I see a disturbing trend. While the unholy alliance of the discourse of majoritarian/militant nationalism and neoliberal developmentalism further intensifies the prevalent inequality based on caste, class and religion, the proliferation of some sort of ‘identity politics’ limits the possibility of a collective struggle for liberation. Ambedkarites do not seem to be very enthusiastic about Marx; and Marxists often fail to have a creative engagement with Gandhi. This is sad. As a matter of fact, we have to expand our horizon, acquire the intellectual elasticity to see beyond any particular ‘ism’, and learn to walk with Gandhi, Ambedkar and Marx to evolve a politics of liberation for a society like ours with its unique cultural/historical dynamics.

After all, we can learn this art of critical negotiation from Marx—the way he engaged with Hegel’s idealism and Feuerbach’s materialism, and evolved his own style of critical thinking. Let it be our tribute to Marx.

(Avijit Pathak is Professor of Sociology at JNU)