'Judges are more often bribed by their ambition and loyalty rather than by money', says Retired Justice Ranjit Singh. 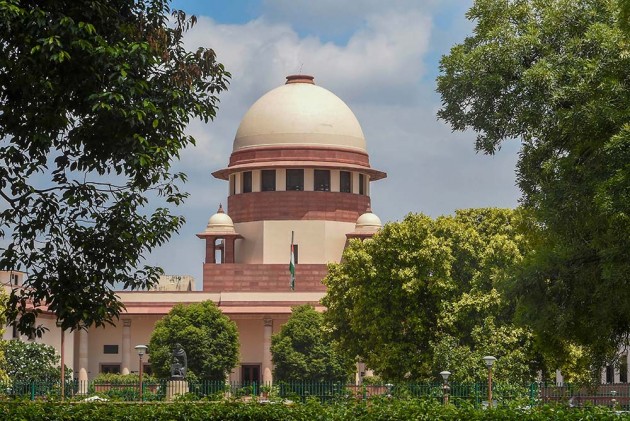 The judiciary in our country, considered pious and the ultimate hope of the downtrodden, seems to be passing through a crisis. This institution, considered incorruptible and manned by men of integrity, is facing a crisis of character. Something which was earlier unheard of even in the hallowed corridors of the courts is now being heard in loud voices in the court precincts. The apparent growing trust deficit between the executive and the judiciary has added yet another dimension to this crisis. Slowly and systematically the executive has succeeded in making an inroad into taking control over the judiciary.

Way back in 1960, Justice Gajendragakar did make a mention of the crisis of character in the judiciary, by saying that although the High Courts and Supreme Court continued to command the confidence of the public, nonetheless these courts are being carefully watched by the public. Compared to 1960, the public has now much better access and means to know the happenings in all public spheres, the judiciary being no exception. Nothing can now escape from the public gaze.

It may be difficult to deny that we are living in a society which is not free from corruption. Lord Devlin, a distinguished Judge, once said that on the whole judges are no better than the society in which they lived. While introducing Mr Henry Cecil’s book titled Tipping the Scale,  which dealt with corruption in the judiciary, Lord Devlin said: “Judges are not now, neither have they been in past, much better or worse than other public servants.”

This was said in response to Lord Chancellor Bacon’s plea, who, while admitting the charges of corruption brought against him, pleaded in mitigation that his offences were offences of the times. The moral of Mr Cecil’s book, said Lord Devlin, was that the “judicial integrity is difficult to come by and might easily slip away if the public and the legal profession are not vigilant”.

The fall in the standard of public life and public service is so marked that it has even been taken judicial notice of by the highest court in the country. There have been several glaring instances of abuse of power by men in authority and position. Despite such a fall in standards in other spheres, the public at large still continues to repose an immense faith in the judiciary. But while earlier the public may have had a lesser vigil in the affairs of judiciary due to this faith, that seems to change fast. Any aberration in the judicial standards by anyone manning the judicial seat is noticed by the vigilant public, and it becomes a cause of serious concern for all.

This can no more be taken lightly. The public would expect the judiciary to come clean when any allegations of corruption or any other form of misconduct is alleged against anyone in the judicial set-up. There is a tendency to hide or ignore such things instead of taking these allegations head-on. The crisis of character, in the judiciary, if any, can no more be kept in-house, and will have to pass the test of fair dealing. Judiciary would remain under watch as to how it handles such issues. But frankly speaking, the judiciary seems to be erring in coming clean in dealing with such issues.

Mr H M Seervai, in his book Constitution of India, has referred to yet another factor which is not generally noticed. He says that in cases involving the Union and the State Governments on matters to which those Governments attach great importance, consciously or unconsciously, the judges have allowed their judgements to be deflected by the thought that their chances of promotion in the High Court and their chances of elevation to the Supreme Court would be prejudiced if their judgments were against the Union or the State. Such favours have led to post-retirement adjustment of judges in some cases.  We have before us a few instances of judges accepting the questionable post-retirement assignment. Some of the judges did not even pause to exhibit their preferences for political set-ups of the day.

Mr Seervai further observed that repaying debts of gratitude which the judges owed to their seniors and friends at the Bar and settling scores with some others whom the judges disliked at the Bar are some other factors, apart from corruption and bribery which may cause this crisis of character in the judiciary. As is often said, the conduct and character of a judge is reflected in his judgements. Any fall in the standards of judgement thus would reflect a fall in the conduct and character of a judge. A judgement which is rendered ignoring the well-settled position of law would be open to questions on various counts, including corruption.

On December 17, 1989, a former Chief Justice of India, Justice E S Venkataramiah, spoke in an interview about the deteriorating standing of judges. The “judiciary in India has deteriorated in its standing because judges are appointed as are willing to be influenced by lavish parties and whisky bottles,” he said. Describing the concern of the Chief Justice, one newspaper reported that, “sad and sombre Chief Justice Venkataramiah said that he had vainly tried to bring to the notice of Judges the Law Commission report which cited examples to prove how judges compromise their position and prefer to be seen in the precincts of Government houses and elsewhere.”

The above statement coming from Chief Justice of the country ought to have stirred the entire judicial set-up. But if it did have any effect, it apparently has waned with the passage of time. Nowadays, the judges have also to guard themselves against many more temptations which are available. State largesse can now be easily offered by the Governments. Lucrative appointments to the offspring of judges and discretionary allotments of plots etc. are on offer for those who are willing to accept or seek such favours. This can lead to their positions being compromised. One may here remember the wise counsel of the same former Chief Justice who spoke thus in S.P.Gupta’s case (AIR 1982 SC 149): “The life of a judge does not really call for great acts of self-sacrifices, but it does insist upon small acts of self-denial almost every day.”

His wise words further were: “A judge should be independent of himself. A judge is a human being who is a bundle of passions and prejudices, likes and dislikes, affections and ill-will, hatred and contempt and fear and these elements should be curbed and kept under restraint and that is possible by education, training continued practice and cultivation of the sense of humility and dedication to duty. These curbs can neither be bought in the market nor injected into the human system by written or unwritten laws.”

Perhaps a very strong will is needed for these acts of self-denial, as tempting options now available can make the very best succumb. It may be difficult for ordinary mortals to curb these likes and dislikes, but judges have to rise above the ordinary. Judges have to equip themselves to shun any biases, and to command respect as arbitrator of justice. A judge guilty of misbehaviour is a menace to the fair administration of justice and saps the confidence of the public in the Court of which he is a member. As Justice Jackson said: “Judges are more often bribed by their ambition and loyalty rather than by money.”

The role of the Chief Justice of India, as the head of the judicial family, remains crucial. In 1977, former Chief Justice Beg wrote a confidential letter to Chief Justices of the High Courts, suggesting that a code of ethics be drawn during the Conference of Chief Justices. His idea was that such a code, along the lines of the code of judicial ethics for judges in the United States, was the need of the hour.  This was taken as an adverse reflection on the judiciary, and the superior judiciary naturally resented the proposal, which was dropped. Later, when the crisis of character in some High Courts surfaced, the Chief Justices conference held in 1992 unanimously resolved that such a code of ethics and conduct was necessary. This Code of Ethics is not in the public domain.

Individual aberrations need to be dealt with promptly to maintain the high expectations from the judicial set-ups. It may be a difficult task to insulate the system to make it totally free from all ills, but the effort must continue. There's a need to deal with such aberrations without showing any indulgence or lenience. Strict action is needed to keep the judiciary inviolate. No one, however high he may be, should be allowed to pollute the cause of justice. Those incorrigible from corrections ought to be weeded out of the system. A pious hope is to see a corruption-free, temptation- free and bold judiciary, which is possible if the wise counsel of experienced judicial minds is followed. It should not be difficult.

(The author is a retired Justice of the Punjab & Haryana High Court. Views expressed here are personal)