The Miss And The Match Of New Education Policy

The long awaited National Education Policy was an opportunity to break the pseudo not-for-profit hypocrisy that exists in the Indian education. 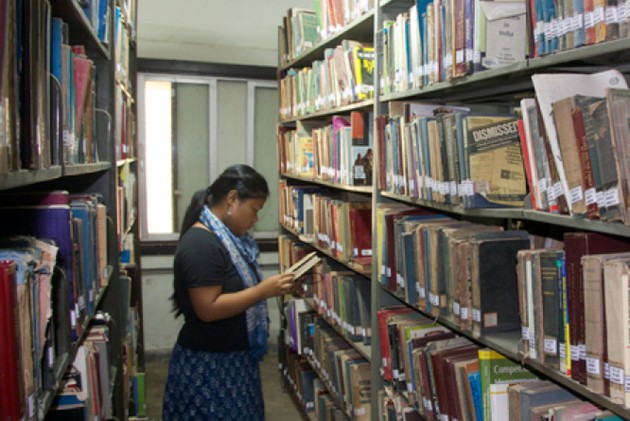 Before I move to the points which have not been addressed in this policy, let me draw attention to the challenges in the implementation. An array of terms such as strategic, systematic, equitable, inclusive etc. is not sufficient for an effective execution. The last section of the policy IV: MAKING IT HAPPEN - which is essentially the road map for the entire policy – is bundled in just 5% of the total policy document. First three sections namely SCHOOL EDUCATION, HIGHER EDUCATION and OTHER KEY AREAS have many features as just verbatim reproduction. Though there is no harm in copying the good ideas, but due focus would be required to set the processes for implementing those ideas. Especially when we have so many agencies like, MoE, State Departments of Education, Boards, NTA, the regulatory bodies of school and higher education, NCERT, SCERTs, and newly introduced RSA and RSA (Rashtriya Shiksha Aayog and Rajya Shiksha Aayog) involved.

NEP states that innovative education mechanisms and systems would be put in place to ensure enrollment of children. There should have been at least a tentative list of those mechanisms and systems. The statements such as - ‘concerted national effort by both the Centre and States/UTs’ or ‘Universal participation’ - are bit inexplicable and dicey by nature.

One of the ways to provide quality school education was mentioned in the policy as improvement in infrastructure by upgrading and enlarging the schools, building additional quality schools, providing safe and practical conveyances, hostels etc. The policy also asserts every classroom will be developed into a smart classroom. There are many other statements (should not be read as promises) made in the policy such as hiring of teachers, system of incentives, free boarding facilities for SEDG and Gender-Inclusion Fund etc. All sound great. But what about the budget, how will these additional expense be financed?

Despite NEP 2020, Why No Foreign University Will Build A Campus In India

A Fundamental Question About National Education Policy 2020: How To Finance Higher Education?

It is mentioned that policy endorses and envisions public expenditure on education to reach at 10% of all government expenditure over a 10 year period from less than 5% at present. This statement implies curtailing of proportionate share for other less important expenses. In absence of listing down those other expenses, policy would simply be a pleasing document with impressive wish list.

Coming to one of the key points which NEP has not dared to touch is the caste-based reservation. The policy does recognize inadequate mechanisms for merit-based career progression of faculties and also endorses teachers’ appointments, promotions and salary increases on the basis of merit and assessments (clause 5.25 and 9.5). But the existing caste-based reservation criterion for student admissions and teachers’ recruitment is left untouched in the entire document. With due considerations to the complexities attached to this subject, an indication for future actions on this matter could have been a welcome step.

In Clause 25.7, the policy describes that education is a public good and must not be a commercial activity or a source of profit. However, if we set the order of priority then food and healthcare will rank above education in terms of the human needs. Then how come we have not made all food companies, restaurants, hospitals and pharma companies not-for-profit?  Roti, Kapda aur Makaan are considered to be the basic needs. Then Agriculture, Textile and Real-estates should be the first three sectors to be not-for-profit.

NEP concerns about commercialization or coaching culture in education without emphasizing the root causes. Coaching classes are a result of two factors. First is inefficient school education and second is shortage of quality institutions in higher education. If all the learning requirements of the students are fulfilled at school level and a good number of quality institutions will be available in the country, then I don’t think the phrase coaching culture would find space in a crucial national policy document.

In Clause 20.15, the policy declared private HEIs to ensure at least 20% of the students enroll through freeships and an additional 30% through scholarships. On applying simple math, we will find the result is an increased cost for rest 50% students even if the institutions run at operational break-even. Considering the highest level of income disparity in India, it is clearly against the policy aspirations to double the higher education GER. In a country where top 10 per cent of the population holds three-fourth of the total national wealth, how will students who are non-meritorious and belong to middle income families would afford the increased fee? And the fact is this category forms the largest piece of the pie.

There are also a few contradictions observed in the policy. At one part – in clause 4.38 - NEP favors common university entrance exams. Whilst in clause 4.42, it is mentioned that premier institutions like the IITs and NITs, would be encouraged to use results from various Olympiads and other competitive exams for their undergraduate admissions.

In higher education, the policy promotes one common regulatory regime, the National Higher Education Regulatory Authority (NHERA) for eliminating duplication and disjunction of regulatory efforts in a ‘light but tight’ and facilitative manner (Clause 20.4). However, in clause 8.2 of the School Education, the policy points out that all main functions of the school education system are currently handled by a single body, Department of School Education (DSE) that leads to harmful conflicts of interest, ineffective management and excessive centralised concentrations of power. Hence there would be four separate independent bodies (a) DSE for policymaking; (b) Directorate of School Education for operations; (c) new body named as State School Standards Authority (SSSA) to be set up state-wide for quality standards; and (d) SCERT/NCERT for academic work.

Let me conclude by congratulating all the stakeholders for having this progressive policy while expecting a whole hearted support in the transition, wherever possible. We must appreciate the optimism offered by the NEP and hope for the best outcome with timely amendments.

(Writer is Head of Strategy at Career Point Ltd. Views are personal.)