The key challenge before the holistic admission process is to keep itself open and sensitive to a socially diverse group of students. 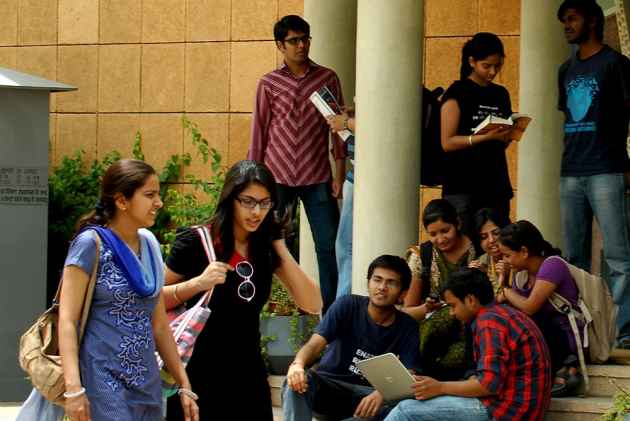 What does it take to get into a good college or a university? Back in 20th century India, it was a pretty straightforward affair. It was a matter of marks obtained in the previous board or university exams; sometimes along with a written admission test in a fixed format. Marks, grades, class, division, ranking – this is language India understands well, parents and students alike – who doesn’t? – and clear and direct quantifiability of it all made for an admission process whose workings were visible to all.

Things are much more complicated at the end of the second decade of the 21st century. Especially so as the new age private colleges and universities appear on the Indian scene, radically changing the nation’s higher education landscape. Their admission process and criteria appear confusing to many Indian students and parents used to the singularity of the admission process.

I’ve witnessed this confusion personally. Over the last two years, I’ve travelled to various Indian cities explaining the goals and expectations of liberal arts and science education on various platforms, including the leading schools of the country. Sometimes the mandate has been to explain how this principle of education is practiced at my home institution, Ashoka University. I’ve now lost count of the times a Principal or a school counsellor has told me of students who put in their best to clear the admission procedure at Ashoka and have, against all prediction, failed. On a few occasions, I’ve met parents who have told me the same story about their children. (Of course, just as many school administrators have spoken of their alumni now happily at Ashoka, but those are the stories where all worked out in the end)

Why does this admission procedure appear intangible and invisible compared to the straightforward board-exam-result-driven system from the 20th century – that is still practiced in our public universities? Over the last few decades, IQ and standardised tests have been browbeaten by the allegation of being limited, of assessing skills already privileged, even accused of racism. Subsequently, selection processes have sought to expand themselves, to evaluate not just narrow testing skills, but to reach out to the whole personality of the applicant as much as possible. Grades in board exams still play a role, and an important one at that, but we have many other factors now factored in: the personal essay, standardised and customised aptitude tests, on-the-spot writing, and crucially, the personal interview. A friend reported walking into the skype-interview of her daughter and hearing her sing a song; and I’ve spoken to students who chatted much about food and fashion during their (obviously successful) interviews. So there’s no telling what the moment might call for.

The goal, for many leading universities in the world, is to create a diversified class where peers teach one another rather than select applicants of monochromatic merit. That is what I learned from Rick Shaw, the Dean of Admission and Financial Aid at Stanford, when he came to speak to the English department, where I was teaching at that time. Much the way Howard Gardner’s theory of multiple intelligences has shown us the limitation of IQ theory, the holistic admission process is a far better indicator of student fit for the program concerned than grades obtained at a standardised board examination. As Shaw said in another interview, “It isn’t just about the courses or the grades,” he said. “It’s about the human being behind all of it.”

Be that as it may, the holistic admission process gives more latitude to human subjectivity, and that has its pros and cons. Anuja Shenoy, who worked as Product Delivery Manager at QS Leap and as a Data Acquisition Assistant with the Ranking Team before moving to the Office of Global Education at Ashoka University, points to the reality of the reviewer’s bias: “in my experience,” she says, “the first few reviews sets the bar for the later applicants. One essay can be reviewed differently by different individuals.”

In India, the ability to understand and adapt to the holistic admission process depends a lot on where the applicant comes from, and crucially, the education they have experienced so far.  A staff member previously associated with Bennett University and currently working with the Admissions Team at Shiv Nadar University points that this understanding “depends on from city to city and school to school.” What this often means is that “students from IB, CBSE or Cambridge schools are well versed about the holistic admission process,” while “students from state boards have multiple queries regarding SAT, Interview and so on.” Though there are exceptions, this tends to be the general pattern.

There is no doubt that the holistic admission process is vastly preferable to the grade-and-test method, as the former is able to tease out talents and problems easily lost in the latter method. It is also essential to the success of interdisciplinary liberal arts education, which combines range and diversity with disciplinary depth, and privileges independent critical thinking. The key challenge before the holistic admission process is to keep itself open and sensitive to a socially diverse group of students, and not just privilege the dominant social group. This was the allegation against the “racial” bias of standardised tests in the US, as well as the Anglo-Protestant prejudice against Jewish applicants that de-intellectualized the admission criteria at Ivy-League colleges over the course of the 20th century. The new model of interdisciplinary liberal arts education in India, it is clear, carries with it new responsibilities of selection of students suited for this education. In this, it must continue to combine the intellectually exclusive with the socially inclusive, sometimes a tightrope to walk.

(Saikat Majumdar writes about arts, literature, and higher education, and is the author of several books, including, College: Pathways of Possibility. Tweets @_saikatmajumdar. Views are personal.)