The Parent Major And The Passion Major

The conflict between parental pressure and personal choice in higher education should now be an antiquated problem left behind in the 20th century. 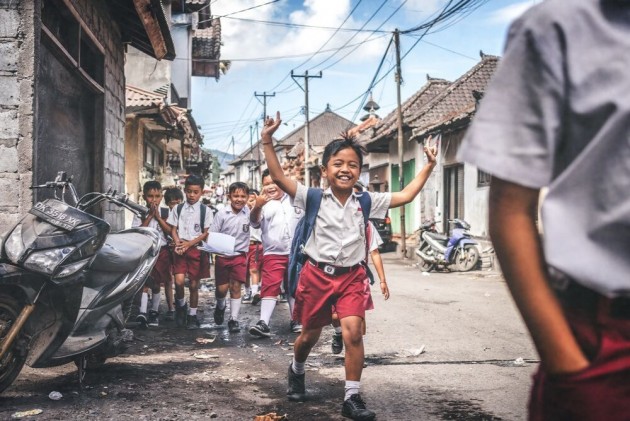 Parents call the shots as, among other things, they hold the purse strings, which, at American universities, cough up hefty sums. Once I had a computer science major sit in my office and tell me that if he switched his major to English, which is what he really wanted to do, his parents would stop paying his tuition. He was American of South-Asian origin, which reminds me that my colleague above was American of Korean origin. Clearly the parent major, heavy anywhere, weighs down harder on immigrant families on the fast track to the great American dream.

Before you jump to blame the parents for stifling their children’s passion, consider the way money talks in the American dream of education. A 2017 report by Town and Country Magazine documented that wealthy American families spent an average of $1.7 million to educate a child to get them into an Ivy-League College. The figure includes over $80,000 for nursery school alone.

There’s a nice story of equity and educational access! For those who graduate from Ivy League colleges with a significant debt burden, going into Wall Street almost becomes a necessity. How else does one pay off $400,000 quickly? Michael Gibson from the Thiel Foundation once cheekily called Harvard Wall Street’s HR Department and reminded us that that there is a Goldman Sachs Room in Columbia University’s career services office.

Given the incredible buffet spread of the intellect and potential offered by the high-powered US university, this disproportionate concentration of careers in high finance, many would agree, becomes a rather unfortunate consequence of the astronomical cost of American higher education.

This is the great advantage Indian higher education has over its American counterpart. Thanks to a socialized system, a bright student can get a fairly good education here for practically nothing when compared to the $$$. Even the institutes on the high end here – elite institutes of technology, medicine, and management, and new-age liberal arts universities – cost very little compared to even second or third-tier state universities in the US.

The most important implication of this is the Indian graduate – in any field – leaves college without a significant debt burden and is, therefore, free to follow a career of their choice. But is there really much of a choice?

Here kicks in the great Indian anxiety about socio-economic mobility that is central to the nation’s perception of education. Next to a rusty, antiquated system of general arts and science education inherited from the British as part of their training module for clerks, engineering holds out the promise of quick upward mobility for the individual and material and economic development for the nation.

With the IITs blazing the trail as seats of excellence, it only has taken a couple of decades and the 21st Century promises of economic upheaval for second, third and fourth tier engineering colleges to mushroom on every street corner, sometimes in multiple apartments of large apartment complexes of south Indian cities.

Engineering thrives as the ultimate parent major for students from middle-class households in India even as the obsessive focus on it as a ticket to a quick job has now crumbled as the mushrooming engineering colleges have failed to place its unemployable graduates. For the rest, the babus of the colonial university system have given way to coding coolies, but a home-grown Silicon Valley capable of genuine software and hardware artistry is nowhere in sight.

Meanwhile, it is perhaps the best kind of historical irony that the department which created Silicon Valley, Computer Science @ Stanford plays with dual major programs such as computer science and music, and computer science and literature. That is the new energy behind Silicon Valley start-ups, and neither social media ventures nor the innovative design of iOS products is possible without thinking that runs through engineering, art, languages, social psychology and economics.

The parent major and passion major? But that is so twentieth century – which is of course when most parents of the current college-going generation went to college!

Don’t we know them all? The engineering student who loves music; the physicist who is passionate about philosophy; the literature student who dreams of entrepreneurship? Every high school in India has them, and they hide in plain daylight in our families.

I call them contra-disciplinary personalities. People who love disciplines that contrast with each other.

When can we offer them a system that offers a contra-disciplinary education? Where they can study computer science along with music like students now do at Stanford – before going off to initiate ventures like Snapchat and Spotify?

Or do we go on forcing them to prioritize parent over passion, easing them into a life of simmering discontent?