‘Sensation above sense’ has emerged as the blueprint for media houses trying to rig viewer’s mind in order to get higher Television Rating Point (TRP). 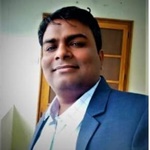 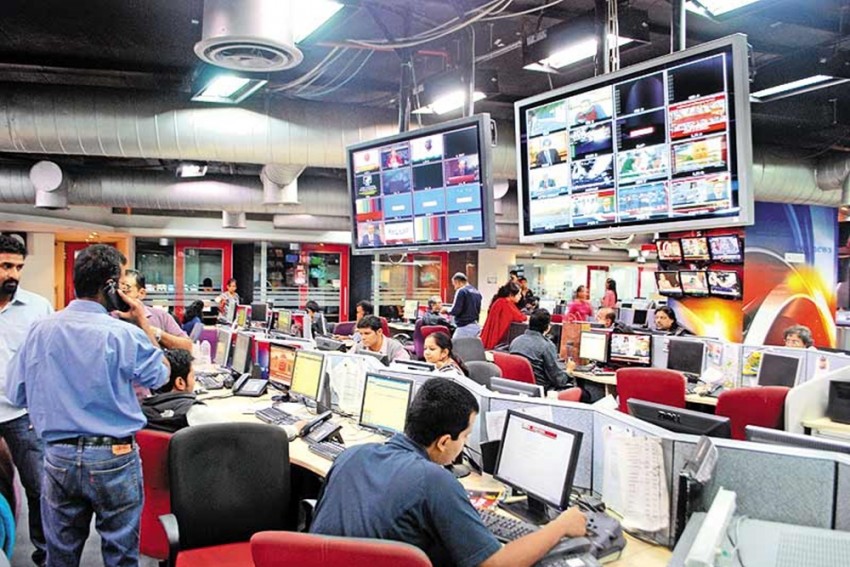 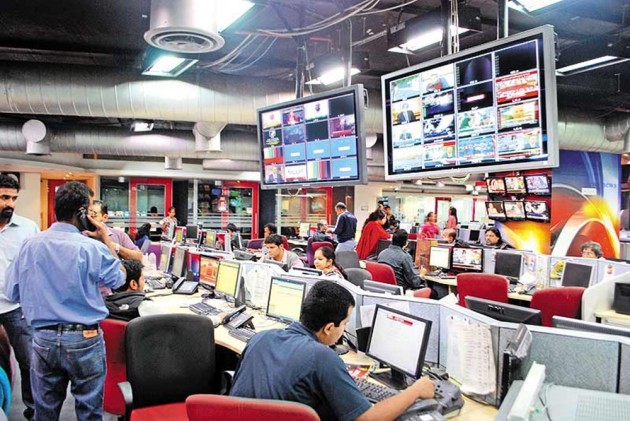 The recent observations of the Hon’ble Supreme Court on the functioning of media point towards an urgent need of redefining of the electronic media in accordance with the constitutional values, freedom of media, individual rights and right to privacy.

‘Sensation above sense’ has emerged as the blueprint for media houses trying to rig viewer’s mind in order to get higher Television Rating Point (TRP)— a tool used to know about the popularity of a programme. Professionalism and media ethics have taken a back seat for the last few years as viewers themselves seem to have surrendered their preferences of news and have made peace with politically motivated and ideologically inspired news.

Diversion of media from their core democratic responsibilities is inevitable as its existence depends upon high ratings of TRP. In recent times, the electronic media showing their programmes in principle with truth, information, logical debating and aiming to create awareness receive low rating of TRP which subsequently leads to huge financial loss. Therefore, locating space for autonomy and freedom appears as an outrageous practice for media as its existence and survival always depends upon corporate and business entities. This article aims to highlight three trends of Journalism existing in India that pose a greater risk to democracy.

Aggressive journalism evolved over time as an offshoot of post-globalization when electronic media began live telecasting of news in 24-hours format. Initially, the media remained engaged in covering the news round the clock in order to create awareness among viewers. But, with the spike in numbers of private channels after 2000, a new pattern of attracting the viewers towards their own channel by spreading the news quickly emerged. Sensationalised stories, media trials became common on channels.

Such practices in media are glorified as aggressive journalism on account of free media enshrined in the Constitution of India as freedom of speech and expression under Article 19 1 (a), which deals with ‘Protection of certain rights regarding freedom of speech, etc.

Although, at the same time, freedom of media is restricted under article 19 (2) in case of issues related to sovereignty and integrity of India, security of the State, friendly relations with foreign States, public order, decency, contempt of court, defamation or incitement to an offense.

A few of such cases where persons were declared as guilty by the media even before the actual trial began include Jessica Lal case (2010),  Priyadarshini Mattoo case (2006) and Bijal Joshi rape case (2005), Aarushi Talwar’s Murder (2013), and the very recent media trial of Rhea Chakraborty etc. Though, the Hon’ble Supreme Court in Sahara vs. SEBI (2012) strongly observed that such trials by the media are likely to affect the reputation of the judiciary and judicial proceedings adversely. While on one hand, a large number of media editorial teams have been covering issues keeping high TRP in mind, on the other hand, issues of national interest and societal importance do not find enough time on TV news channels as even the audience chooses news of sensation before news of sense.

Another effort towards securing higher TRPs manifests itself when the media channels display a clear association with any ideologies or political parties. Hence, news is selectively sensationalised in accordance to the political and ideological agenda which results in larger viewership. With more than 75,000 newspapers and well over a 1000 satellite channels in several languages competing against each other for their survival, overt political allegiance becomes a tool for media to target politically and ideologically inspired viewers. The period between 2009-2019 has seen an unprecedented TRP race. Leading media houses in India have been covering issues in accordance to a strict ideological allegiance and a steadfast commitment to a political party (in some cases many parties).

The meaning of freedom of media has changed significantly in India over the last decade as many media owners have direct or indirect links with politicians—some of them even represent a political party. The recent observation of the Hon’ble Supreme Court towards independent functioning of media must be viewed as a wake-up call for government as there are no regulatory safeguards against political control over the media and, at the same time, the laws of the land do not restrict political ownership in television or print media.

The third trend of journalism existing in India derives its TRP from the individual personas of news anchors as the present electronic media has rather evolved as infotainment industry where TRP war is fought among the news anchors. Every news channel is highly dominated by particular news anchor who are well versed with viewers choices of news and stories. Panel discussion, debate, prime hour news program, interviews, etc. attract a huge audience under the lead of the news anchor.

Therefore, anchors across Indian news channels engage in conflict, fear and tussle in order to secure a high TRP as viewers derive a sense of entertainment from the debates ratherinstead of information. Honesty, grit, and perseverance of the news anchors have become doubtful in the last decade as the quality of journalism emanating from news debates has been hitting new lows for a few years. This is also due to the prevalence of paid news. TV debates are being organized as propaganda without a certain amount of knowledge of professional ethics of journalism. With the beginning of TRP war among TV channels, a large majority of TV debates revolve around religion, whereas, according to a Supreme Court ruling of 1995, no news channel is supposed to mention the religion of the person especially in case of political news. Therefore, the adherence to media ethics must be strictly followed by the news anchors rather than gain popularity among the viewers.

Though, India is not a surveillance state and there must not be any kind of illegal and un-constitutional check on freedom of media provided that media sticks to the core principles like truth, accuracy, transparency, independence, fairness and impartiality. At the same time, there must be professional strengthening of institutional and regulatory framework, namely the Press Council of India, News Broadcasters Association (NBA), PIB, etc. so as to bring Indian news media at the forefront of world ranking. Therefore, it’s high time for Indian media to prioritize truth and professionalism over TRP while covering the issue.

The writer is an Assistant Professor at Maulana Azad National Urdu University. (Views expressed are personal.)