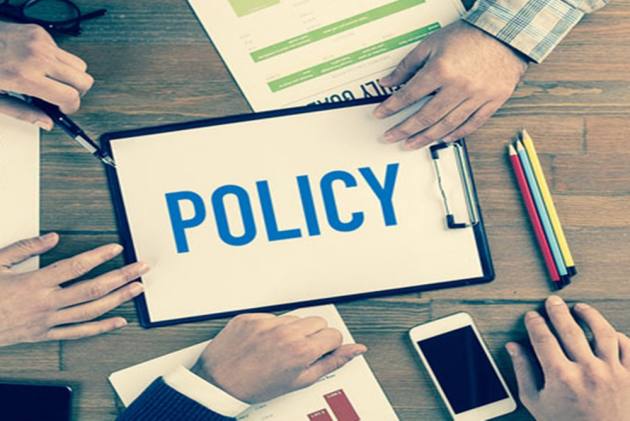 Policies have often been held captive to the fashion of the day. As India got independent, it was the fashion of the day to have the public sector occupying the “commanding heights” of the Indian economy, adopted from the now-defunct and debunked Marxism-Leninism. In fact, “isms” have hounded our policymaking, constraining the ability to take pragmatic policy directions, driven by the need of the hour, rather than being held hostage by the policy fashion of the day.

Thus, when India has moved towards the policy of “Atmanirbhar”, there have been howls of protest of how India is slipping back to the dark days of “License Raj”. There is a distinct difference between “Atmanirbhar” and “License Raj”. License Raj was an anti-competition policy, that actively stymied competition through rationing of licenses that were often provided at a “consideration” which then helped fund political parties and politicians and their cohorts. It was a recipe for systematically weakening the economy by weakening each sector where license raj got introduced. Thus, when these industries were suddenly exposed to global competition, many of them collapsed, and those that had inherent strength and strong management thrived.

On the other hand, “Atmanirbhar” is simply import substitution through open competition, leading to strong competitive domestic industries that could hold up to and beat the global competition. There is no licensing. There is no artificial curtailing of domestic players. It is simply a matter of market access that local companies and startups were not getting. As an example, the cost of capital of a local company is easily upwards of 12%. The cost of capital for a global entity would barely cross 5%. Is that a level playing field? Can an Indian entity, therefore, get access to the Indian market? And if an Indian entity doesn’t get access to the Indian market due to unfair trade disadvantages, wouldn’t that amount to surrendering many parts of our market to global players who have a trade advantage through various mechanisms such as prior access to standards, submarine patents and overt patents, controlling the global rules of trade and so on. Atmanirbhar simply helps level the playing field for Indian players in areas where it is important to have Indian players. Such areas include API that forms the key raw material for medicines, or raw materials for vaccines or solar panel manufacturing, etc.

Fortunately, the government has pushed through the policy of Atmanirbhar and has not succumbed to the tyranny of policy fashion. Incidentally, Atmanirbhar as a policy has been and continues to be practiced by all developed economies, so much so that that the British parliament had to enact laws in 1813 and in 1814 to stop Indian ships from dominating the shipping industry and decimating the British shipping companies. The British wanted to be “atmanirbhar” in shipping and not be dependent on Indian ships. Such policies continue globally. And such policies need to be aggressively adopted by India.

However, let us first identify what are the strategic initiatives and then delve deeper into why we need to have public sector entities step in. India desperately needs a semiconductor industry, to ensure supplies of semiconductors and also to reduce imports and curtail the drain of forex. As we have seen umpteen times, the initiative to have a large semiconductor player in the country has not taken off. I have personally been involved in the hunt from 2012 onwards. The semiconductor industry is challenging for a new player as the risks are high and the promise of access to the Indian market is just that – a promise. It does not ameliorate the concerns of a potential semiconductor player who wants to set up manufacturing in India. Then who can step in and kick-start India’s quest for a semiconductor player? An Indian-origin expert in the area and a former Secretary, DPIIT, had a detailed conversation and the upshot was that it has to be the Indian government belling the cat, with capable Indians drawn in from around the world. Such a structure would ensure that the Indian government is committed to making the regulatory changes required to provide market access to such an entity that is owned by the government itself.

The idea essentially was, that once such an entity starts becoming profitable, and the risks have been mitigated, the entity can then be sold off at a massive profit, and thereby getting a massive return on taxpayer money. Also, given the government is involved, it would be easier to raise debt and have massive leverage on capital, thus requiring very little taxpayer money to be deployed as capital. Is this a new way of dealing with the strategic sector? The answer is no. We already have the asset-recycling policy, pioneered by the Ministry of Road Transport and Highways (MoRTH), that has been regularly selling off highways, starting with the sale of the first set of highways for a whopping USD 2 billion to Macquarie, the Australian bank. The principles involved were the same – government builds the asset at reduced risk and thereby reduced capital requirements, infuses significant value into the asset, and then sells the asset Why can we not have the same model for new industries that India needs to build or for acquiring global assets that are critical for India?

India has been considering the acquisition of the Brazilian Embraer aerospace company, through an Indian private sector company. But trying to push it through an Indian private sector will be a challenge. Most Indian large conglomerates are having a stretched balance sheet. The capital requirements for this acquisition could be debilitating. However, Embraer could propel India right into the large multi-billion dollar global aerospace Industry, significantly contributing to its aspiration of having a USD 5 trillion economy by 2025. But if no Indian private sector entity can pick it up, why should we not consider a HAL or a new PSU or an SPV to pick up Embraer, run it till it becomes profitable, and then sell it off? Why not hire external talent to run this public sector entity (PSE) and provide them remuneration that is linked to a successful sale of the public sector entity within a given timeline? Why not change the rules for remuneration to be provided to such talent who join such PSE?

We need to have a free hand in policymaking and not let it be hostage to “isms” and to the tyranny of the policy fashion of the day. Just as the mecca of capitalism, the USA, intervened to save its auto companies during the 2008 downtown and used taxpayer money to infuse capital and then exit with a very large return, so should we have the Indian government freely using public sector entities to execute initiatives of national interest.