The Unending Censorship Of Faith In Indian Cinema

Censorship of 'I am Joyita', a Bengali documentary, is part of the continuing story of official and unofficial censorship of the arts in India in the name of religion, writes independent journalist Priyadarshini Sen. 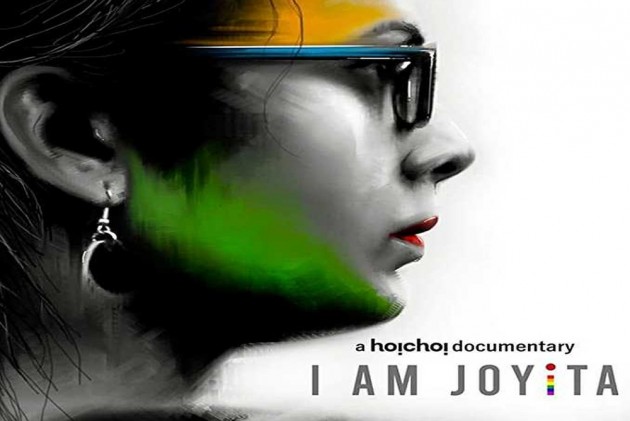 "I am Joyita", a Bengali documentary that released on Republic Day, shines a light on the struggles of India’s first transgender judge from the small town of Islampur in West Bengal. But behind Joyita’s resilience is the untold story of a filmmaker who was harassed and targeted by extremists in a country where censorship of the arts is becoming all-too-common.

The film — through its poignant imagery and portrayals — traces 32-year-old Joyita’s journey from a suburb of Calcutta where she was born, to her battles against a hostile family, harassments by schoolmates, poverty and social pressures, to becoming a role model for sexual minorities.

Born in a lower-middle-class Bengali family, Joyita’s internal struggles since childhood were exacerbated when her family forced her into a mental health facility to administer shock therapy to “reform her” and a bunch of classmates molested her at school. Seeking escape from the entrapment of her body and soul, Joyita ran away from home and set up a makeshift shelter by a bus stop in Islampur after high school. After meeting with a few transgender women, she took to begging on local trains and social performances to eke out a living, while actively pursuing an education to push herself forward. Her pluck and determination eventually paid off when she was appointed a judge in the North Dinajpur local court in 2017.

For the most part, filmmaker Saumya Sengupta didn’t have trouble roping Joyita in for even the most unapologetic scenes in the film. But the bomb dropped on him after releasing the film’s teaser last November, which showed the transgender activist visiting a temple and mosque in Bengal and ascribing to humanism as her religion.

On returning home late evening a week later, Sengupta was stopped by motorcycle-borne goons who threatened to ban his film. They called him a heretic for showing India as the land of both Ram and Rahim, saying there was no place for transgender men or women in Hinduism. They blamed him for promoting Islam through a transgender who deserved no place in the Indian religious and social order.

Censorship of "I am Joyita" is part of the continuing story of official and unofficial censorship of the arts in India in the name of religion. In 2015, the Central Board of Film Certification banned the release of Unfreedom, a film based on a lesbian relationship on the premise that it would ignite “unnatural passions.” But the director claimed the board primarily had a problem with the portrayal of “religious fundamentalism” and that homosexuality was only “part of the problem.”

Earlier, the Tamil Nadu government had called for a ban on the action thriller Vishwaroopam following protests by some Muslim organisations who said the film “hurt their sentiments”; Hindu fundamentalists trashed the sets of Deepa Mehta’s Water set in Varanasi, saying it vilified Hindu traditions, and Hindu groups alleged that Padmaavat distorted history by depicting the protagonist of the film—Rajput queen Padmini—in a poor light.

Vigilante censorship, which has mostly been aimed at mainstream films and creative arts, has now crept into documentaries and short features with a niche audience. With the attack on I am Joyita, censorship has hit a new low since it’s not just an attack on sexual minorities but also on people's freedom to adhere to and respect all religious traditions.

The attack now is not on the sentiments of a specific religion but on the commitment to respect all faiths in the multi-religious polity of India where secularism is the blueprint to ponder over and implement. To add to that, now there is growing intolerance and freezing out of sexual minorities.

This is problematic at a time when the Transgender Persons (Protection of Rights) Act signed into law by the President last year to empower the community, is being challenged for violating the fundamental right of privacy of transgenders, as well as their right to life, dignity and equality.

The freedom to practice one’s faith openly and without fear is an integral part of the empowerment of India’s transgender community.

Even though Sengupta was able to release his film end January, the attacks against him point to the further marginalisation of the marginalised or anyone who practices or treats all faiths equally.

(Priyadarshini Sen is an independent journalist based in Delhi. She writes about religion, politics, social justice and environment for India and US-based media.)