Strange Tale Of 15 Wandering Elephants in China: What We Know 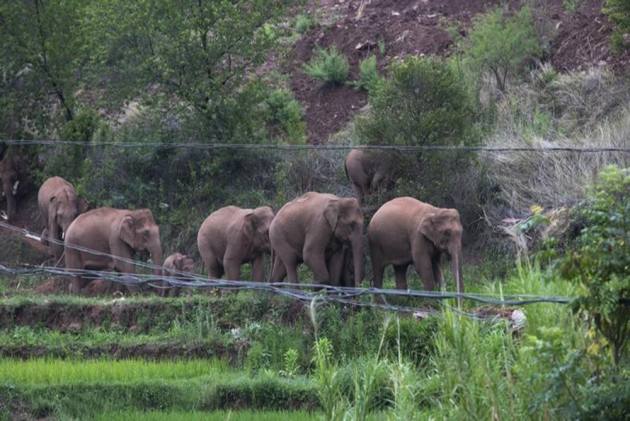 Last March 15 elephants stepped out of their forest home in China’s Xishuangbanna National Nature Reserve, Yunnan Province, bordering Lao PDR and Myanmar. Later in December, the herd started moving northwards, through villages and cropland to arrive at the outskirts of Kunming earlier this month, a distance of 500 km from their Xishuangbanna home.

“Several generations in China have not seen such movement of Asian elephants. On one hand, it is great to see the journey in real-time and how people are trying to manage it. On the other hand, it has created security issues for both people and elephants. Currently, discussions are ongoing on how to manage this situation. There is a discussion about how to re-direct or return them back to the protected area,” remarked Aili Kang, Program Director Wildlife Conservation Society – China.

Tracked 24X7 by hundreds of officers, vehicles, media and drones the playful antiques of these animals may have captivated the world. But it has also left a trail of destruction. The economic loss is pegged at a staggering 6.8 million Yuan and could be more as hundreds of acres of cropland lie trampled.

From Seed To Forest

‘Our Clean Air Plan Is A Shot In The Dark’ 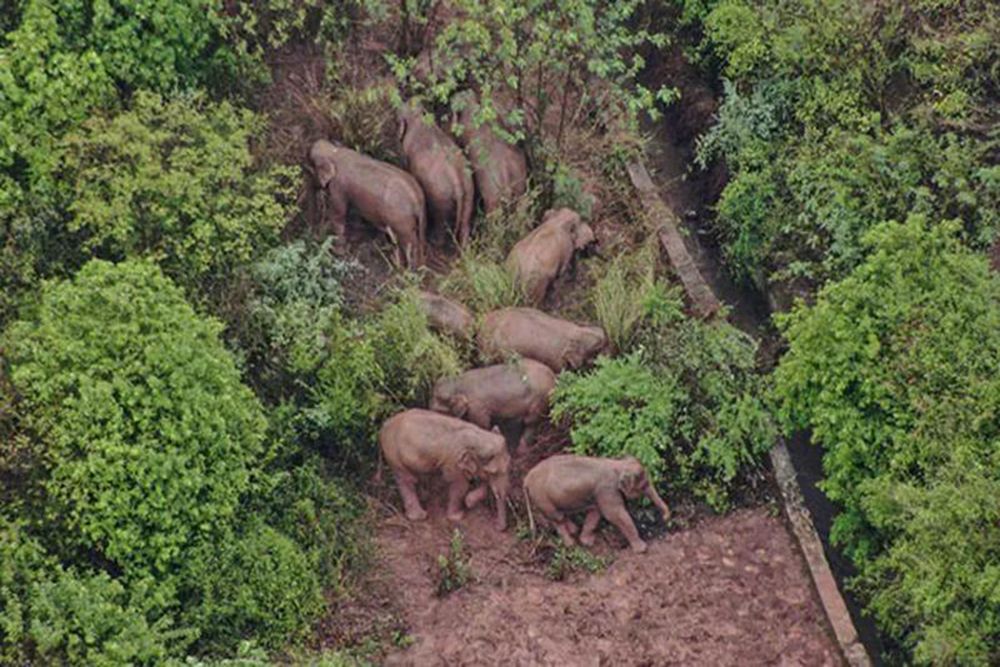 When reports last came in the herd has made a U-turn. Chinese authorities have taken a number of steps to contain the herd from venturing into densely populated areas by installing temporary barriers or fences and food to draw the animals back to their home range. They have been also evacuating people from villages to make safe passage for the elephants. Yet, this sudden record-long elephant march has baffled scientists and experts. Is it possible that ongoing media interest, monitoring, drives, drone monitoring may just keep this herd moving? Asked an expert member in the International Union for Conservation of Nature, Species Survival Commission (IUCN/SSC) Asian Elephant Specialist Group. While habitat loss in Xishuangbanna also being a possible cause of the elephants’ long journey. Currently, there is also another herd of elephants down south of the Xishuangbanna Tropical Botanical Garden. Experts opine that it would be good to check whether there have been any recent, major disturbances in Xishuangbanna – whether habitat loss related or other forms of major disturbance such as large-scale incursions by people into elephant habitat is the cause of dispersal.

China’s strict wildlife conservation laws to protect its last remnant elephant population in Yunnan have certainly worked. The wild elephant population now stands around 300 animals from around 190 elephants in the 80s. However, the elephant habitat has shrunk by nearly two-thirds over the same period. And the human-wildlife conflict has seen a steady rise in the province in recent years.

Elephants need to move. It is embedded in their DNA and a natural necessity. If the free-ranging giants do not move both forest and animal would perish, such is the way in nature. For thousands of pachyderms have roamed the earth – from one end to the other, these wandering routes have been passed on through generations. In historic times, wild elephants were found throughout China. The late Wen Huanran, a well-known Chinese naturalist and geographer had documented the existence of wild elephants in China over 7000 years, and their retreat in the Yunnan area. With elephant numbers on the rise, the long-distance, roving movement of this herd in Yunnan is certainly interesting and clearly poses a major conservation challenge for the authorities.

Living in harmony with nature is easier said than done. We have marked nature reserves on maps that animals do not understand. Forest landscapes have been gobbled up for our needs without a thought for the millions of species that share the planet with us and perform vital ecosystem functions – like elephants that act as pollinating agents. Today the elephant habitat is severely fragmented, with highways, railway tracks, dams, new townships and other structures blocking old migration paths. Not just in China, In India too which boasts of the largest elephant population on the continent, human-elephant conflict is on the rise. A large section of the elephant population now inhabits farmland and a human-dominated landscape. According to elephant experts, similar long-distant movements have been documented in India too in the recent past, along the Brahmaputra in Assam and in southern states. Since 2002, elephants have been wandering regularly from Karnataka to coastal Maharashtra and Goa. In these areas, people did not see any elephants in the recent past.

(Ananda Banerjee is an author, journalist and environmentalist. He tweets @protectwildlife. Views expressed are personal and do not necessarily reflect those of Outlook Magazine.)