Women's Day 2021: Women today are the change-makers. They have successfully broken gender barriers in many fields. 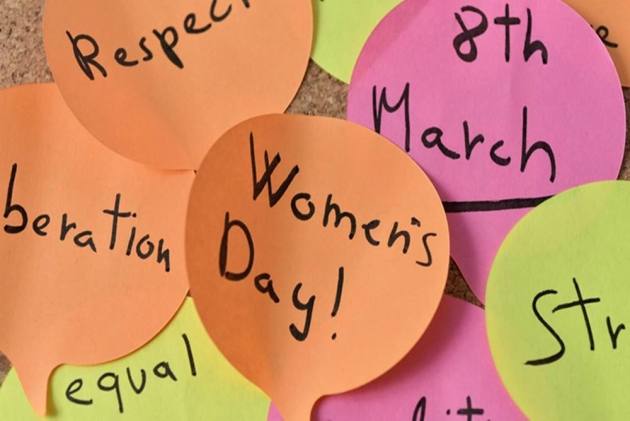 The eminence and uniqueness of women cannot be better manifested than the story of their creation from the rib of a man, Adam according to the book of Genesis. We were made equal. That Eve was able to convince Adam to eat the proverbial apple shows women were empowered from the very beginning of life. However, through generations, it was only a handful of women who were fortunate to be in the limelight. It was a man's world. Of late, talks about women empowerment and gender equality have made important breakthroughs by bringing discussions on the topic considered by many men as an attack on their manhood.

How many homes are successfully managed without a woman? They have been the builders, makers and managers of homes for centuries. Even in offices, women are like the colours in a rainbow; they are the spark that ignites office atmosphere to life. Women have proved that if they could manage home, administering any office will not be difficult. And at one point, we have a woman who is the President of the country, another, the president of the ruling party in the Parliament, and chief ministers of 5 states in India. Even during the outbreak of coronavirus at its worst, New Zealand, a country lead by a woman Prime Minister emerged as the best nation to control the virus. Mary Kom is another example of a woman with sheer grit and determination, who has championed different struggles to etch her name in gold in a sport many then considered as no-woman zone. The recent tweets by Rihanna and Greta Thunberg on farmers’ protest, notwithstanding the legitimacy of their views, have taken the protest to a different level. Women today are the change-makers. They have successfully broken gender barriers in many fields.

It is without the need for any further elaboration that women are not only capable of holding the highest posts of authorities but are practically excelling in it. Yet, there are certain issues that still demand our attention if gender equality is indeed our heartfelt commitment. While there are wills and nominees legally, the inheritance of family properties by default goes to the male members of the family in most societies. This does raise an uncomfortable question as to if women are inferior being not worthy of any inheritance. Also, our liberal minds that have the civic sense to accept the highest office in the country to be a woman still find it unthinkable to accept a woman as a probable candidate for a priestess of a temple, Pastor of a Church or for that matter chief/chairman of a village/village council. It is difficult to denote equality without the presence of equal authority.

Respect for women has increased over the course of time but urban women are more fortunate than their counterparts in rural areas when it comes to empowerment. In many villages, women are loved and cared but the acceptance of them being equal to men in the decision-making process at home and in society is far from desirable. To promote an equal future for women, stereotypes, and mindsets such as this of considering women too fragile for leadership roles have to be annihilated. It is heartening and encouraging to witness the many numbers of women speaking out to assert their rights lately. But the movement to strive for gender equality should not be opened to women participants alone as that exclusivity could give space for misinterpreting the initiatives as “women versus men”. As the message is “men and women are equal” and women are presently at a position where their rights are still unacknowledged by many men, the more men get involved the more is the strength for and in favour of equality.

As we talk about the importance, strength, and achievements of women and the challenges they faced, it is pertinent to note-the improvement in the overall status of women and conversely, the prevalence of stereotypes even after years of preaching gender equality. The subjugation of women that begins even before their birth has to stop now. We have to do better as a society to ensure that our mothers, sisters, and daughters are safe, empowered and equal. While we spread awareness on gender equality, let there be an environment of hope, where the aspirations of women of today are not bogged down by fears for the security of their life but where they could dream about holding any positions of authority. Most importantly, we need an environment that will ensure that those dreams are not confined to the four walls of the Kitchen. Happy Women's Day.