This Ramzan, Stay Indoors, Fast And Offer Prayers, For That's What Prophet Mohammad Would Do During Pandemic

Due to Coronavirus, we are facing unprecedented times in many ways and it requires an extraordinary response from each one of us, Raamish Siddiqui. 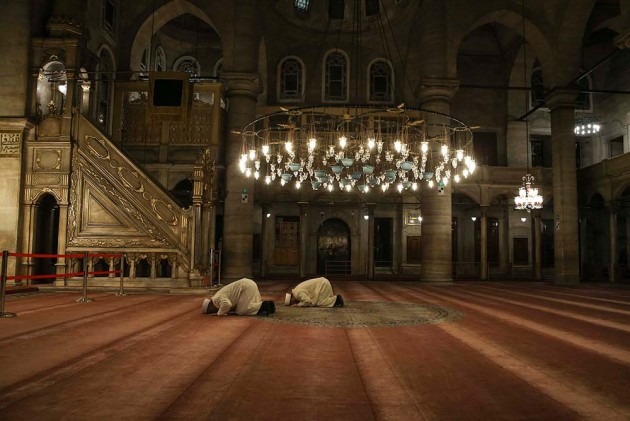 We are just a few days away from Ramzan, the month in which the Muslims around the world fast. The ninth month of the Islamic calendar, Ramzan starts with the first sighting of the crescent moon. Observing fast for thirty days in the holy month is compulsory for every Muslim adult. The Arabic word for fasting is ‘sawm’ which means ‘to restrain.’ This is the spirit of this month with which a believer abstains from food and water from dawn to dusk. This intensive training is to spiritually awaken the mind of a believer, to inculcate caring and gratitude and to serve as a guiding beacon for his thoughts and actions throughout the year.

Muslims break the fast at sunset (ifá¹­ar) and offer their prayers. In this month, believers offer additional prayers (Tarawiá¸¥) at night, mostly in a congregation at the mosque. During these prayers, the entire QurÊ¾an is recited over the course of the month to make it a source of contemplation. Given the current context, Muslims across the world are worried about how they will perform the additional prayers. But this must not be made a matter of anxiety because as recorded in the Sahih Al-Bukhari, the Prophet of Islam himself used to offer Tarawiá¸¥at home and not with the congregation. This implies the real spirit was to make the moments of prayer one where a believer engages in deep thought and self-reflection.

The times we are facing now are unprecedented in many ways and it requires an extraordinary response from each one of us. COVID-19 has spared almost no country in the world and its outbreak led to fear and anxiety. In some sections, however, there still is a denial of this threat. They have failed to comprehend that the risk is real,and the precautions have to be exercised to ensure safety. This wisdom of exercising precautions is also alluded to in the following Hadith narrated in Al-Tirmidhi: a man once came before the Prophet and he had not tied his camel. He said that he did not do so because he had trust in God. The Prophet said to him, “Tie the camel first and then trust in God”. In light of this teaching, it becomes clear that any action that may result in a negative outcome must be completely refrained from. The containment of a disease like we are witnessing is not only the responsibility of the state authorities or medical establishments but it is also the duty of each one of us to do whatever we can to help slowdown the spread of the virus. According to Islam, a believer must protect life. It is an essential duty of every believer to ensure everything he can to protect personal and public health.

We have a precedence in the form of plague (or ‘Black Death’), a devastating pandemic that hit mankind during the medieval era. It was so lethal that its death toll had reached around 200 million in Eurasia and North Africa alone. The American historian, John Aberth recounts, the measures that were taken during this period in Egypt and other states. In his book,vThe Black Death: The Great Mortality of 1348-1350 - A Brief History with Documents, Aberth states, “No one issued an invitation to a feast during the whole time of the epidemic...The call to prayer was cancelled in various places...”

Umar Ibn Al Khattab, Islam’s second caliph and a close companion of Prophet once got confronted with a situation where he was supposed to travel to Syria. Having received the news that plague had struck those lands, Umar called his council to discuss their action plan. It was eventually decided that they will not travel. One of the companions raised objection to this decision and in response, Caliph Umar replied: "They were fleeing from the decree of God, to the decree of God.” The wisdom behind this decision of Caliph Umar was that man must strive to avoid a disease and the possibility of getting infected - this is the decree of God.

Both examples — of Caliph Umar and the measures undertaken by Muslim countries during plague — illustrate how Muslims should discharge their responsibility of restoring health and safety by observing all the necessary precautions.

This Ramzan would be a special opportunity for all believers to enhance the spirituality quotient by practising additional restraint, staying indoors for all prayers, engaging in simplicity and fostering sagacity. Not only will this allow them to focus on inner journey and intellectual development, but also a Ramzan spent without indulging in iftar get-togethers and in a socially distant manner will make room for reflection in solitude.

This is perhaps the first time our generation has got an opportunity to truly understand the meaning of Ramzan and practise it the way it was meant to be practised. A Ramzan well spent in spiritually nourishing one’s soul will reap harvest for a lifetime!

(Raamish Siddiqui is an Islamic thinker and writer. His published works include ‘The True Face of Islam’ and ‘Timeless Wisdom’. A regular contributor to different national dailies, his writings focus on addressing challenges faced by the contemporary Islamic world. Raamish has been actively engaged with many inter-faith initiatives across the globe. Views are personal)