Threads Of Charulata’s Wisdom In A Pandemic World

How much do we ‘lean in’ & ‘step back’ in a pandemic? In Ray’s Charulata, we have lessons for coping with eerie silences characteristic of ‘lockdown’ realities then and now. 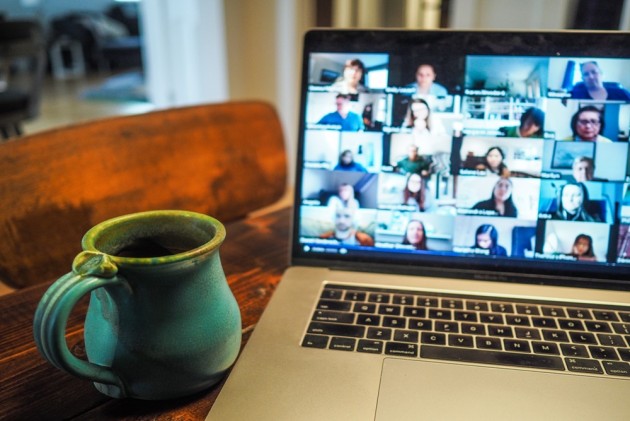 With “work from home” here to stay until at least the summer, we are living in the era of “maach mishti and more” realities. I am thinking of La Grande Dame in director Satyajit Ray’s creation – “Charu” from Ray’s, “Charulata” who spent her days at home with Bhupati, her printing press husband, her cousin Umapati, his wife Manda and her literary aspirant brother-in-law, Amal (played by the iconic late Soumitra Chatterjee), whom she develops an intense mentor-mentee relationship with much like Rabindranath Tagore did with Kadambari Devi, his sister-in-law, who the story of "Charulata" is based on.

In a serendipitous meeting with Ray when I was a teenager, a month before Martin Scorcese and Audrey Hepburn called him “a living legend”, in their Oscar tributes, he told me two weeks before when I met him that he would be receiving the award “via satellite”. He also said during our meeting that Charulata was an adaptation of Tagore's "Nashtanir" (The Broken Nest) and therefore, the feministic implications of his film's character were adapted from Tagore's original short story.

Late director Satyajit Ray’s screen adaptation of Tagore’s “The Broken Nest” dealt with the notion of what it means to be a “nobina” – a woman of today or a “prachina” – a woman of yesterday? Charu, the supposed “nobina”, who’s super educated, cosmopolitan, reads “Bankim”, (the “it” writer of 1800s’ Bengal in her husband’s library) suffers from  disillusionment and feels trapped by the walls of the “purdah” which keeps her physically and psychologically confined within the patriarchy. Manda, in contrast, Charu’s cousin’s visiting wife, is uncaged and free for she has no intellectual or professional aspirations and spends her days weaving “paan” leaves (a Bengali delicacy of “spice” lined leaves) waiting to have “kulfi” that Charu’s husband’s cousin, Amal, garners as their treat of the day for them. Manda is what she is and cannot be bothered with Charu, Amal and Bhupati’s aspirations for intellectual, societal and professional currency cloaked within the larger fight at the time for Bengal’s freedom from the British Raj.

“Charu, tomar bauro aka aka laage, na?”(Charu, you must be feeling really lonely, na?) the signature line in Satyajit Ray’s “Charulata”, uttered by her well-meaning, patriotic yet overly pre-occupied newspaper baron husband, Bhupati, couldn’t be but more appropriate than in this still isolated pandemic world. Bhupati, tries to punctuate his wife’s languorous long afternoons by asking his cousin brother to “mentor” her as a writer which unravels into a “kalboishakhi”(unseasonal& unexpected) “storm”.

An autobiographical account based largely on Tagore’s own relationship with his sister-in-law Kadambari Devi, the fictional Charu’s notion of “aka aka” (loneliness) is perhaps the cycle of dread and hope that we will still likely live within a partially vaccinated world where efficacy levels are unknown and variant strains will still linger.

In Ray’s film, Charu (played by the stunning Madhabi Mukherjee) spends her mornings reading “Bankim” or wandering from room to room in her 19th-century mansion– living to the bedroom to “thakurdalan” (courtyard) watching daily transactions of eggs & bread while Bhupati’s footsteps echo through long, empty corridors. Charu’s19th century, glorious, burgundy velvet-laced Victorian Calcutta mansion has everything but nothing. When her brother-in-law Amal sings, swings and swoops to the iconic “phulephule dhole dhole”(an iconic Tagore melody re-adapted in Bollywood film “Parineeta”), we see Charu’s back & forth within that, her highs and lows captured in tilted brilliant frames by Ray. Her search for “expression” and a “voice” to realise her literary talent yet maintain the traditions expected of her was the conflict. Watching the monkey dance through her binoculars during long afternoons amidst eerie silences is an uncanny parallel to what we experienced during Lockdown 2020 in India.

Our lives were pretty much like Charu’s, limited to our homes and alternating between a world of laptops, books and films. Manda, the real “bad-ass” girl in Charulata, weaves paan leaves for most of the day and can’t be bothered whether she’s being labelled a “prachina” or a “nobina”. She really doesn’t care. While Charu is constantly worried about whether she is “enough” for Amal and Bhupati, Manda is literally chewing some paan leaves and asking someone to pass her some more. Her lightness of being in that she is comfortable in her skin just as she is. Nothing more, nothing less. Manda is steady and just chilling. So while Manda is considered to be a non-urbanite, “prachina”, woman – the irony is she is the true “nobina”, woman of today, who’s like “where’s the party, people? Show me some kulfi (traditional Indian ice-cream) please.”

Yet, what if we were to say that Charu’s complex nature is like her house of many rooms – where each room represents a different part of her where many of the handles were never turned earlier? What if we were also to say that as much as Charu tried – she didn’t have Manda’s infectious je ne sais quoi which wins over both her husband and Amal without even really trying? The larger feministic and humanistic message in Ray’s portrayal of Manda is to say keep calm and keep making those “paan” leaves going. The rest will come.

Manda has the reinvention of self we all need to thrive in the post-pandemic world. She would have just gotten a laptop out of Charu’s bedroom and started a business making paan leaves with a delivery app to boot. Charu would still be wondering whether she should lean in, step back, be assertive, or whether she’s said too much or not enough. Manda would just be. Because she was the ultimate 2021 post-pandemic girl – all the way back in 1881.

(The author is a writer/director, playwright and filmmaker, with her BA from Brown University & Masters in Public Health from Columbia University )