Tied Up In Knots

Extract from Myth-Busting: Indian Cricket Behind the Headlines, forthcoming. Taken with permission from Rupa Publications. 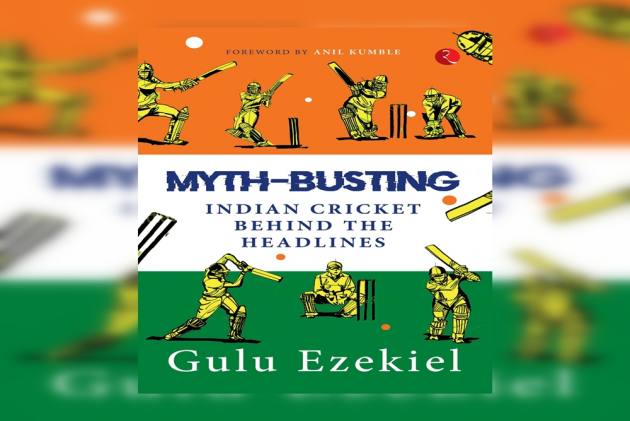 It was over an hour since cricket history had been made at the MA Chidambaram Stadium in Chepauk, Madras on September 22, 1986. And the night shift at the Indian Express office on Mount Road beckoned ominously.

My day had started at 8 in the morning, leaving home in Adyar to be in time for the early start on the fifth and final day of the Test to accommodate the 20 mandatory overs in the final hour. A scheduling snafu meant it was the whole day at the Test and then the whole night designing the sports pages—which would be extra special that day. It’s a lingering regret I never preserved them.

Now here I was wandering the streets of Triplicane near the stadium muttering to myself, ‘It’s a tie, it’s a tie!.’ A light breeze wafted in from the Marina, slightly diffusing the terribly muggy air that surrounded Madras like a wall just before the welcome rain from the retreating or Northeast monsoon in October. It’s a running joke that Madras (now Chennai) has three seasons—hot, hotter, hottest. But September was always the cruellest month.

It was only the second tied Test match in cricket history stretching back to 1877 and 1,051 previous matches and the first since December 1960.

So what differentiates a draw from a tie and why is that even some veteran cricket followers—including players and journalists—cannot tell the difference?

Put simply a tie is when the team batting last (fourth innings) loses all its wickets with the match totals of both sides exactly the same.

There are today twelve nations that have played Test cricket from the first recognized Test in Melbourne in 1877 between Australia and England and Madras followed Brisbane (Test number 498: Australia versus West Indies) in 1960 as just the second to end in a tie. There have been no further ties since Test number 1,052 (Madras, 1986) and number 2,393 (the third Test between England and Pakistan which ended on August 25, 2020).

In addition, two other Test matches ended with the scores level but the 4th innings incomplete (all the batsmen weren’t out)—a draw, albeit equally rare.

But back to Chepauk and the many myths surrounding Tied Test Number Two. To this day many who witnessed the match either from the stands or on TV refer to it as a draw! One rookie journalist specializing in athletics and covering his first Test match said as much at the end—fortunately he was corrected by those in the know and so did not bungle his report.

What has kept me amused over the years is how many present that dramatic final day have claimed after the match that they predicted the result in the closing minutes.

While that can be taken with a pinch of salt, commentator Kishore Bhimani on Doordarshan was one who said so on air as Maninder Singh took strike for the fourth ball of the final over bowled by off spinner Greg Matthews with the scores level. Bhimani said that two results were now possible—a win for India and a tie. Later he admitted his mistake—a draw too was possible if Maninder survived the three remaining balls and did not score a run--which would have predated the first such draw by 10 years.

As with so many others my first reaction when Maninder was out was to leap to my feet shouting ‘It’s a tie, it’s a tie!’ I can still recall being overwhelmed with excitement at the result—the disappointment that India failed to win did not strike me at that moment.

One of the recurring myths as propagated by some of the Australian players is that there was a discrepancy between the scorers and that Australia had in fact won the Test. This has been repeated over the years by Dean Jones—who passed away in Mumbai in September 2020 at the age of 59--including in the documentary, Madras Magic: The Tied Test of ‘86 and also by Steve Waugh in his autobiography Out of my Comfort Zone.

Meanwhile, in the scorers’ booth, chaos reigned for a good half an hour, with both the ground scorers manually collating their totals after the two had different winners in their books straight after the game.

One wonders how Waugh celebrating on the field and in the dressing room with his mates could know in such detail what was happening in the ‘scorers’ booth’ after the match. I can categorically state there was no such chaos.  Jones’ version is that the two score-boards on the ground, the giant electronic one at one end of the ground and the smaller one did not tally. Certainly the press scorer, the late KS Mani was meticulous and had it as a tie. There is also photographic evidence that the giant scoreboard showed India’s total as 347 at the end of the match.

Sadly, the original scorebook is not available since the BCCI has never been known for its efficiency when it comes to maintaining records and preserving history.

Wicket-keeper Tim Zoehrer whose provocative antics on the final day almost led to physical confrontations with the Indian batsmen weaves a ludicrous story in his controversial autobiography The Gloves are Off. His claim that with the scores level in the final over umpire V. Vikram Raju left the field for 10 minutes to check with the scorers is absurd. No such thing happened. No reporter present in the press box, none of the players on the field nor umpire Raju himself give any validity to Zoehrer’s story and nor does the footage of the match which includes the complete final over. In the book Zoehrer also writes that Raju grabbed three stumps as souvenirs. This too is not borne out in the video footage. But Zoehrer certainly did not have any doubts about the tie.

The very fact that Shastri took a single from the third delivery to ensure India could not lose shows he was aware the scores were tied. This claim by Jones and Waugh among others is not backed up in any of the reports dispatched by the Australian journalists present nor by the numerous Indian pressmen.

Is it a draw asked Matthews, Jones and some others to Simpson who had been watching from the boundary towards the closing stages and had raced onto the field? Simpson confirmed to them it was a tie. Is that better than a draw they asked incredulously? The coach said it was.

Simpson of all people should have known for he was the only person present at Chepauk that day who was also part of the 1960 Brisbane tie in which he scored 92 and 0, took three wickets and held one catch.

If not for captain Kapil Dev’s barnstorming century, India would have faced the follow on. India’s first innings of 397 all out---270 for 7 at close on the third day--in reply to Australia’s 574 for 7 declared meant Border’s men held all the aces. The first two days of the match was dominated by Jones’ batting even as he was wilting dangerously in the intense heat and humidity, requiring emergency hospitalization after a heroic 210.

Despite having watched every ball of the 1986 Test, it is the final day’s drama that dominates my memory of the match. Such was the excitement that even the overpowering weather that had the spectators and media gasping for breath in the stands and the players being roasted in the cauldron in the middle was largely forgotten.

When the mandatory 20 overs count began India were well placed to win with 118 runs needed and only three wickets down.

The tumble of wickets that ensued was as much due to the left arm spin of Bright and Matthews’ off spin—the duo took five wickets apiece—as the tigerish Australian fielding and Border’s meticulous field placing as it was to some panicky shots by the Indian batsmen.

So what of the dramatic denouement? Shastri has always maintained the single he took in the final over, exposing Maninder to three deliveries was the right thing to do. After all, a defeat was to be avoided at all cost.

Maninder for his part has always maintained he got an edge and was not out and Vikram Raju is adamant he made the right decision, even when I met him in New Delhi in December 2019.

The other umpire Dara Dotiwala who passed away in January 2019 had all along steadfastly defended his colleague’s call. Dotiwalla claimed he did not hear the edge while standing at square leg though with the 30,000 crowd on their feet creating an almighty din it would have been impossible to hear anything. Dotiwalla did express relief though that he was not at the bowler’s end for that fateful final over.

The last word must go to local favourite K. Srikkanth who scored 53 and 39 in front of his adoring fans. A day after the match as the Indian team was flying to Hyderabad for the fourth ODI the swashbuckling opener summed things up perfectly. “Hey guys, forget the win; we have become a part of history.”