Some of today’s desperate, freedom-restricting measures may seem worth the cost as lives are saved. But other measures are likely to fail the test of hindsight, writes Manish Tewari 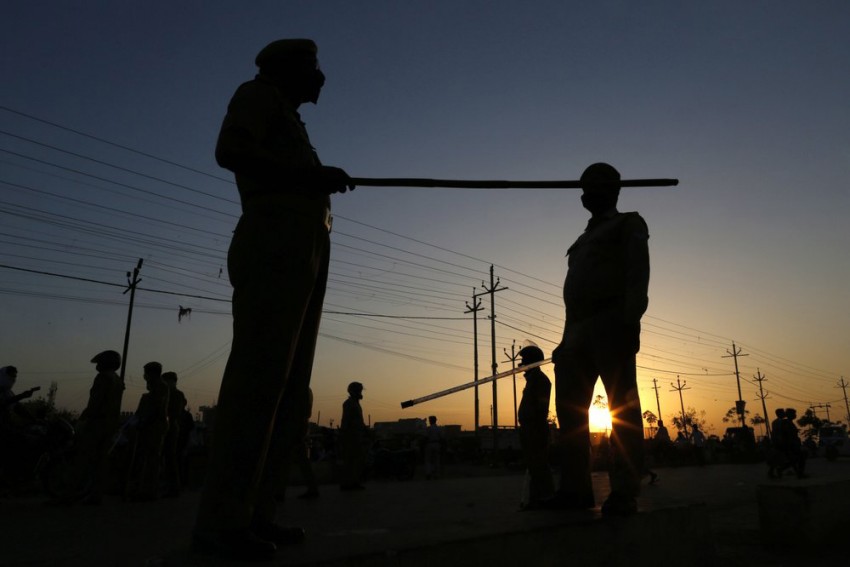 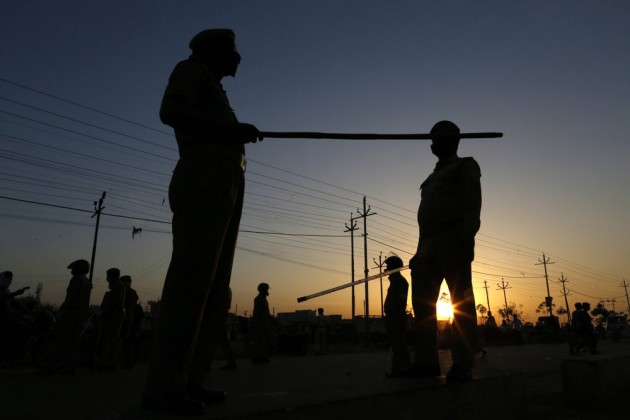 The total number of Coronavirus cases in India, as of April 25, has soared past 24,500 with 780 fatalities. More than 9 lakh people are under surveillance. India discovered its first case of Coronavirus on January 30,  2020.  The day the Janata curfew was announced, on March 22, the number of positive cases stood at 341 with seven fatalities.

India went from 1-100 cases in 44 days, 100-1000 in 14 days, 1000 to 10,000 in 16 days and 10,000-20,000 in 8 days.  At the top of these growing numbers, millions of migrant workers are still on roads or stranded in state camps without Minimum Physical Distancing. Epidemiological evidence now suggests that majority of the COVID-19 cases are asymptomatic.  This is despite the fact that India’s testing in absolute terms is abysmal with a little over 5 lakh tests being conducted in the past one month.

This data suggests that the Coronavirus is here to stay. We need to confront it, for hiding from it will come at a huge economic cost -- past 36 days have demonstrated that.

As many as 41,24,315 migrant workers are in quarantine and relief camps across the country, according to the figures available in the public space. At least 99,31,616 migrants are being provided with food and some Minimum, albeit sporadic, Income Support. However, almost three Crore inter-state migrants are yet to be accounted for. A substantial number of them may just have survived the brutal marches back to their villages underscoring yet again the ruthless and brutal attitude of the Indian state towards the poor and disempowered. An already struggling economy is on the verge of collapse with most states running out of revenues.

There is a need that we vaccinate ourselves against the colossal human tragedy unleashed by an unplanned and terribly executed lockdown. The above figures suggest that India seems to be developing some kind of Herd Immunity or community immunity.  What should be the relevant number for policy makers to consider right now is the Hospitalization and the Mortality Rate not the infection rate.  A lockdown ostensibly can have two objectives: to contain the spread of the pathogen; and buy time to beef up existing medical infrastructure. A month into the lockdown, it may be a strategy of diminishing returns now.

Centre and the State governments must be willing to take calibrated risks to open up infection-free areas and focus their scarce resources on densely populated urban agglomerations since more than half of the cases have been reported from just 10 of India’s cities. In Mumbai alone, if projections of a visiting Central team are to believed, there may be 6,56,407 cases by May 15, 2020 -- a figure that seems to now have been contested by other experts and the Maharashtra government.

Whether we like it or not, the virus is, and will, run through our society over the next six months. Therefore, the time has come to revisit lockdown, especially because the ‘starvation virus’ that is looming just over the horizon may be more lethal than the Coronavirus.

The China Model of containment may have worked for China, but it does necessarily mean it would work with the same efficacy in other geographies too.  On April 8, China lifted its 76-day lockdown in Wuhan, the metropolis of 11 million and epicenter of the Covid-19 outbreak. A day earlier, the country had reported no new deaths from the Coronavirus for the first time since January. Even in China, the lockdown was calibrated with 48 cities and 4 provinces experiencing the severest of restrictions. In the rest of the country, things were far more relaxed.

China’s crisis playbook—a turbocharged mix of the coercion and economic interventionism the communist state deploys in normal times—has been widely imitated by other governments around the world. Lockdowns are being enforced under threat of fine or imprisonment.

While China’s response to the pandemic has won influential, and by now notorious, admirers with Tedros Ghebreyesus, director-general of the World Health Organization declaring, “The Chinese government is to be congratulated for the extraordinary measures it has taken.” A lockdown first used 700 years ago to deal with the plague called Black Death in Europe is not the only and necessarily the most efficacious way of dealing with the current situation.

Despite its attractiveness to policymakers and the global intelligentsia, China’s authoritarian model suffers from three failings that impede its ability to confront pandemics. The first is its deep hostility towards transparency. The government’s months-long cover up of the Coronavirus outbreak, which perhaps started as early as November, fueled its explosive spread beyond Wuhan.

In December, the Chinese labs that sequenced the virus’s genome—work that just might have led to a breakthrough cure by now—were instead allegedly ordered to destroy their samples and stay quiet. In January, Li Wenliang, the doctor who attempted to sound the alarm on the disease and who later died from it, was rewarded for his efforts with house arrest. Even with all its delays, however, had China acted just three weeks earlier to contain the virus, the number of infections might have been cut by 95 per cent, according to a study by the University of Southampton.

The Chinese model’s second failing is its continued brutality. Dusting off a tactic, popular during Mao’s Cultural Revolution, the government encouraged neighbours to spy on and report each other for lockdown violations. Authorities broke into homes, dragging people, suspected of having the virus, off to quarantine wards. Thousands were conscripted to build pop-up hospitals and shelters—the collapse of one killed 29 people. This North Korean model has been adopted by even some democratic countries across the globe whereby people are being encouraged to spy on their neighbors and report curfew violations and even sniff around for suspected coughs and colds. Elements of mass surveillance in the form of digital applications have been unleashed on hapless populaces packaged as a health palliative to enable them to fight the pandemic. In a short span of three weeks the right to privacy, an inalienable natural right upheld by the Indian Supreme Court as a fundamental right, has all but gone for a toss.

The model’s third flaw is its lack of accountability. With fewer incentives to avoid past mistakes, the country’s mandarins make epidemics more likely. Wuhan has already reopened its so-called wet markets, where the virus is alleged to have first transferred from animals to humans.  However, there is an overwhelming body of opinion, if not evidence, that believes that the virus is infact lab-driven and the theory of wet markets was only an exercise to obfuscate the truth.

The Coronavirus recalls earlier tragedies too, when local and national officials in China concealed dangerous new diseases that morphed into international pandemics. These include the Asian flu of 1957 (with its 2 million deaths gloablly), the Hong Kong flu of 1968 (1 million deaths), and more recently, SARS and bird flu.

The Test of Hindsight

Some of today’s desperate, freedom-restricting measures to slow the Coronavirus may seem worth the cost as lives are saved and scientists earn additional time to improve testing and develop a vaccine. But other measures are likely to fail the test of hindsight. This will be especially true if the disease has spread more widely—and is therefore less deadly—than current headlines suggest, or if the deepening economic collapse lasts longer than governments expect.

Either way, democracies should look in new directions for inspiration. Northern Europe is one such place. Germany has kept its official death rate relatively low without resorting to Chinese-style excesses. Sweden has rejected lockdowns and other heavy-handed intervention entirely, in effect turning itself into a control group for the world.

As the crisis would wane, some governments will continue their drift towards authoritarianism. Others will adjust their sails, restoring the freedoms that make prosperity possible.

China knows which direction its ship is heading—it’s not somewhere I want India to go.

(Manish Tewari is a lawyer, Member Parliament  and Former Information and Broadcasting Minister, Government of India. Views expressed are personal.)