Transgender Officers In Armed Forces: The First Step Is To Remove Fear Of Stigmatisation

The first step towards including transgender community into the central armed force is to plug the policy gap allowing them to enlist without fear of stigmatisation within their unit or corps. 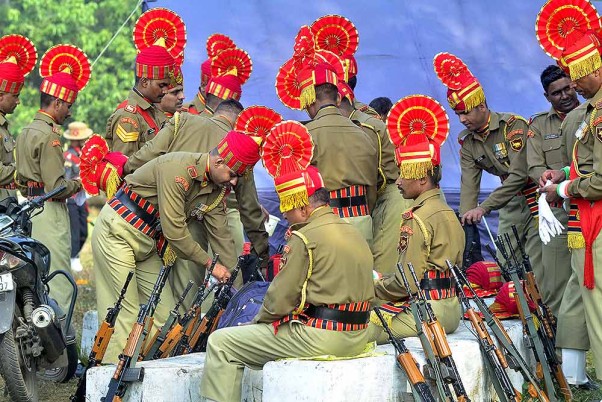 This year, the Global Pride Month saw an increased discourse, in both socio-economic and political spheres, over how the LGBTQ community could contribute towards society. Around the same time, an order by the Ministry of Home Affairs (MHA),  on July 1, sought inputs and views from its Central Armed Police Forces (CAPF) on recruiting Transgenders as officers. The CAPFs have welcomed the MHA directive. However, the absence of discussions on how the Indian security forces are being inclusive of the LGBTQ community could be deeply felt.

One must acknowledge that India has made significant progress since 2014 to protect the rights of the LGBTQ community. In April 2014, the Supreme Court legally recognised the rights and freedom of transgender people, discussed gender identity at length and recognised its integral role in the formation of one’s individual personality and as a basic tenet to lead a life with dignity. In September 2018, the apex court also decriminalised same-sex relationships by striking down Article 377 of the Indian Penal Code.

The Transgender Persons (Protection of Rights) Act, 2019, however, has raised several concerns regarding the status of transgender people in India. The 2014 ruling had recognised the principle of ‘self-declaration’, sans any medical or psychological proofs, as the only legal gender identification required. The judgement had also held that any insistence on sex reconstruction surgery is immoral and illegal – in line with international standards and best practices. However, the 2019 Act, in order to legally recognise one’s transgender identity, makes it mandatory for the individual to apply for a ‘Transgender Certificate’. The new rules also require the individual to submit a psychologist’s report for the ‘Certificate of Identity’. The transgender community argues that by including psychologists and medical proofs, the new rules not only exacerbate humiliation and invasive policing but also go against the right of self-declaration as recognised under the 2014 judgement.

One positive aspect of the 2019 Act, however, was that it clearly stated that “no establishment shall discriminate against transgender persons in matters relating to employment, recruitment, promotion and other related issues”. Hence, despite the reservations voiced against the latest Act, the Ministry of Personnel in April 2020 asked all ministries and departments to modify relevant examination rules to include ‘transgender’ as a separate category of gender for central government jobs.

The recent MHA order asking its Central Armed Police Forces (CAPFs) for their views on recruiting Transgenders as officers at the Assistant Commandant level is quite significant. It was the CAPF that had earlier paved a way for greater women representation within its forces (they still have better gender representation than the Armed Forces under the Ministry of Defence).

One can acknowledge that the ambit of forces covering internal and external security are different, and hence comparing the gender inclusiveness between the two would be inconsequential. However, a question does raise itself – especially with gender representation. If the CAPFs can have more women in combat roles, why not the armed forces? Despite the Indian apex court ruling that women be allowed to take up officer roles in the military, the Government and the Indian Army is still reluctant to push through. It is also important to note that the Indian Navy and Air Force, not only have a greater percentage of women officers, but have also opened combat roles for women. Furthermore, if the CAPFs are welcoming the initiative for increased inclusiveness, should not the Armed Forces follow suit sooner rather than later?

A RAND 2016 study that had looked into The Implications of Allowing Transgender Personnel to Serve Openly in the U.S. Military lists out what the American armed forces could learn from other 18 countries that permit transgender personnel to serve openly. The insights by the study such as encouraging diversity-related training within corps and a well-written policy on military recruitment could prove a well-needed backbone for Indian policymakers on not only how to increase transgender representation within the armed forces, but also on how to better handle opposition to said inclusiveness.

At a time when there are increasing reports of sexual abuse by members of the security forces in Kashmir, an increased sensitisation is necessary, especially for personnel coming out as transgender or as a part of the LGBTQ community. The first step of course is to plug the policy gap allowing transgenders to enlist without fear of stigmatisation within their unit or corps. Allowing those serving to receive a diagnosis of gender dysphoria and providing them transition related medical care are the next necessary steps. But being realistic, let us push for one step forward at a time.