Two Plays That Throw Up Questions 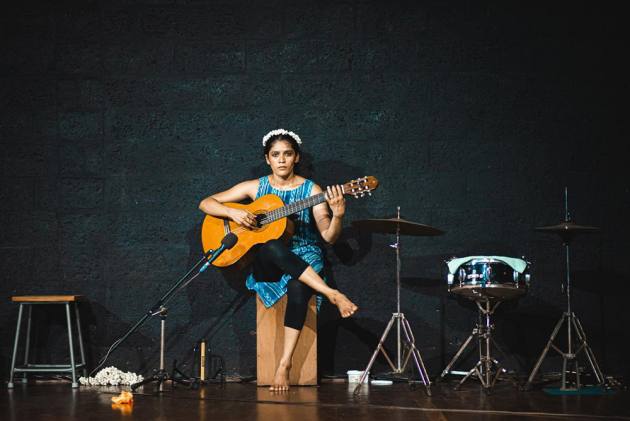 Hidden in Plain Sight. Will you see it?

Going online on April 23 through 25th (more details below) is a play that takes a fresh look at communications forced online thanks to the pandemic.

Actors Ensemble India Forum’s (AEIF) Hidden in Plain Sight - Version 2.0 Digital Edition is, in the words of the director-actor, ‘a story of hope in the face of the impossibility of our situations.’ She adds that, “This is a story of isolation and human connection.”

A Woman Alone Can Be A Dangerous Thing!

Don’t Reach For The Popcorn Just Yet. This Is An Intense Play!

Designed and performed by Mallika Prasad Sinha, and written by her in association with award-winning playwright Ram Ganesh Kamatham, the play looks at “relationships, online communication and the fragility of human connection in this moment of extreme isolation”. “We are curious about presence and performance on social media,” Prasad says. “We want to be seen by our audience a certain way. But what might lie just outside that picture-perfect filtered, processed frame? How does this affect our physical and mental well-being?”

Prasad plays four, very different, very quirky characters, each isolated in a unique situation, “but whose lives are intertwined by fate, their stories woven into a tapestry that can only reveal the unspoken, the partial, the incomplete.”

Emails, letters, sms, messages... all of which were never delivered, a cabaret number and phone conversations... form the fabric of the play which is as much an attempt to connect with an unseen, absent audience, as it is a means to recast an age-old medium to a new form, without diminishing its effectiveness.

The original stage version of Hidden in Plain Sight, premiered in 2012 at the Going Public Theatre Festival at Goldsmiths, University of London. It was further developed and presented at the Adishakti Laboratory for Theatre Arts Research in Puducherry, with Prasad working in collaboration with writer Ram Ganesh Kamatham in December 2012. The show then toured, with performances at the January 2013 editions of the International Theatre Festival of Kerala (ITFoK) and the Windermere Theatre Festival, Bareilly, to critical acclaim, as well as shows in Bangalore.

Here’s your chance to watch it while sitting at home. You can log on to Paytm Insider for tickets. Show dates and timings are:

Far away from Bangalore where Hidden in Plain Sight is being rehearsed, the Adishakti team, based in Pondicherry is putting the final touches to its new play.

Titled Bhoomi, and adapted from Sara Joseph’s Malayalam play Bhoomirakshasam, the new production will open the Veenapani Festival on April 10. Every year the group holds a week-long fest to mark the birthday of the founder of Adishakti, Veenapani Chawla, but this year the plan is to stagger the events and performances through the year, keeping the pandemic in mind.

Bhoomi is according to its director, Vinay Kumar, “an attempted conversation between polar worlds or rather very different positions”. He adds, “The play sees two artists, a director and her actor, located very differently in their personal journeys engaging with questions around gender, violence on gendered bodies, retribution and resolution.”

One can expect music and dance, as well as comic and tense moments, as the story, that holds a play within a play unfolds. Under the mythology and the story telling lies a serious theme, of violence, of trust and its betrayal and the dilemma that presents itself when a play suddenly turns on itself, with a creative premise the actors are working on, breaking free to stare them in the face as reality.

It’s a play bound to raise questions that may have many or no answers. And chances are, leave many in the audience thoughtful and disturbed on their way home. But is that not what theatre is meant to do? 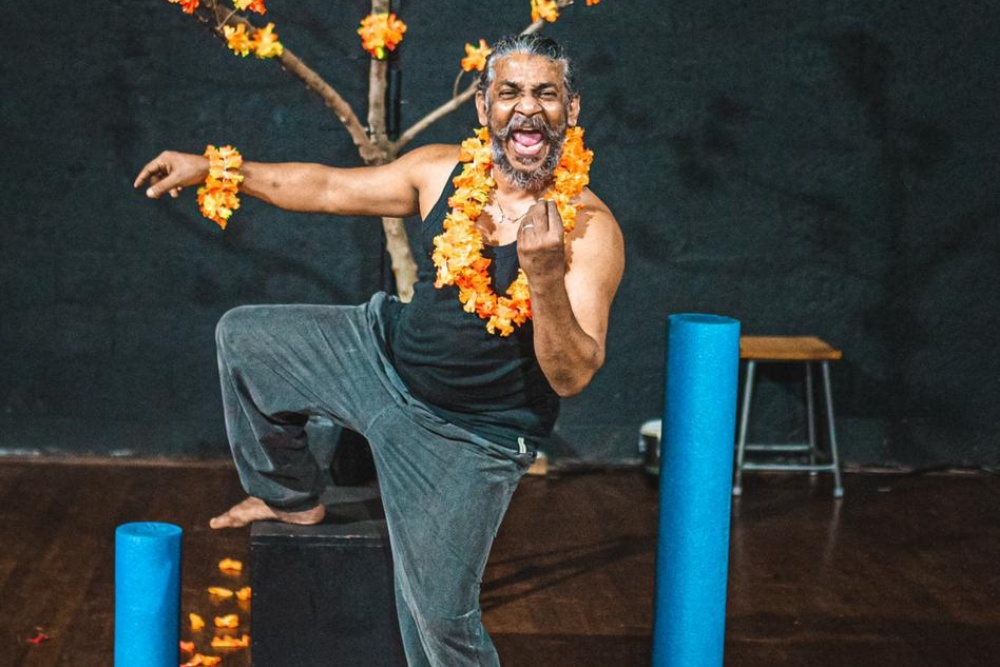 Bhoomi, with a cast of six which includes the director, who has also created the musical pieces, will be staged to a live audience who needs must register beforehand and wear masks through the performance.

In case you find you are in the vicinity, or are keen enough to travel to Pondicherry to watch theaperformance, do register by calling or WhatsApping either of these two numbers 8861089822 / 9941859258.

Registration closes once the limited number of seats is full.

Adapted by Vinay Kumar from Sara Joseph's Malayalam play, Bhoomi sees an attempted conversation between polar worlds or rather very different positions. The play sees two artistes, a director and her actor, located very differently in their personal journeys engaging with questions around gender, violence on gendered bodies, retribution and resolution.

Their dissonances --- resonances with each other and independent trajectories is what the play looks at. What happens when the creative premise you are working on breaks out of the realm of art and play and stares you in the face as your reality. What do you do when your art starts speaking back to you, taking on a life of its own and stumping you with questions you are not equipped to respond to? When a resolution seems impossible, even as the situation seems to be demanding it with a sense of urgency?

How do you really respond to a severe absence of answers?

This play contains content that can be upsetting. Viewers discretion is advised.

Due to Covid -19 regulations, seats are limited and masks compulsory. Entry is by registration only. To register, please call or whatsApp.