‘Umar Khalid Is Not A Conspirator, But A Victim Of Larger Conspiracy’

Sadaf Jafar, who considers Umar Khalid as a brother, says he is a victim of witch hunt by a government that is increasingly intolerant of dissent. 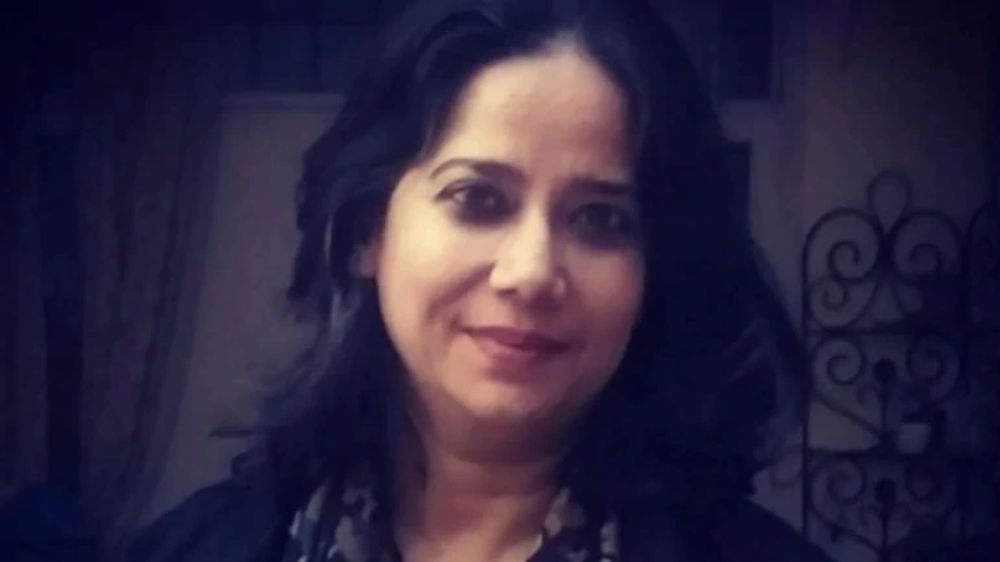 My first memories of Dr Umar Khalid were of a student leader of Democratic Students' Union at JNU with strong democratic values and sound constitutional sense. He was then pursuing PhD titled ‘Contesting claims and contingencies of the rule on adivasis of Jharkhand.’

Then came February 9, 2016, when he was blamed for being part of the protest where ‘anti-India slogans’ were raised. Later he was charged with criminal charges of sedition and criminal conspiracy under section 124. He surrendered after 10 days of Kanhaiya Kumar’s arrest along with his comrade and friend Anirban Bhattacharya, and was taken into custody. Since then began a torturing saga of media trial and severe onslaught of the BJP IT cell. Umar was blamed to be the member of ‘Tukde Tukde Gang’ and was physically attacked twice. This monstrous image created by a certain section of the media and its divisive anchors haunted Umar wherever he went, so much so that he was attacked by a gunman outside Constitution Club at New Delhi, a few meters away from Parliament, the most guarded building of the country. Ironically the gunman went scot-free and audaciously posted a video taking responsibility of the heinous act.

Those who have seen Umar speak from the stage at public meetings consider him as a leader who strongly believes in democratic, human rights for every citizen of the country. A well-read scholar who would go to any extent to safeguard the freedom of the citizens guaranteed by the Constitution by using peaceful means that were instrumental during the freedom struggle lead by Mahatma Gandhi, Nehru and Ambedkar. On several occasions he has been seen saying that, “We won’t respond to violence with violence. We won’t respond to hate with hate. If they spread hate, we will respond to it with love. If they thrash us with lathis, we keep holding the tricolour.” I have followed his speech critically ever since I heard Home Minister Mr. Amit Shah name him in the Parliament and at no occasion I found that his words ever could incite violence in contrast to what Kapil Mishra, Anurag Thakur, Ragini Tiwari, Praveen Verma said before and during the course of Delhi riots.

'I Felt Like A Jew In Hitler's Germany': Sadaf Jafar On Police Detention

When Umar talks of minorities, he is not just talking about Muslims alone, he also talks about how government’s economic policies are engulfing the regions that belong to the tribals of the country, he talks of farmers and their agrarian rights, he talks of gender rights and their role in politics and economy of India. He calls himself the minority within the minority who has access to education. Very few Muslims in this country have access to basic education leave alone reaching up to the institution like JNU, and hence he feels responsible towards the unprivileged.

He has stood by each and every voice that rose against totalitarianism that is engulfing India at a faster pace that imagined. He spoke against arbitrary arrests of the activists in Bhima Koregaon and anti-CAA protesters. The only weapon that he advocated to fight the oppressors with was through the means of education. He advocated that every citizen should be well informed about their constitutional rights.

I have spent time with him in Delhi and fondly remember this student leader who grins like a boy next door as he enters the room with cups of coffee that he has prepared for us as we discuss issues surrounding us. He is an ordinary youth who has aspirations and dreams that this country will be free of hatred and prejudices, where people will not be judged according to hate-mongering, TRP hungry anchors, and instead they would be given a fair opportunity to prove themselves.

The role of the ruling party at centre and Delhi was conspicuous before and during the Delhi riots. The police have been video recorded allowing Kapil Mishra and Ragini Tiwari to spew venom and incite violence. Several policemen were also seen giving free hand to the rioters to pelt stones and indulge in arson. The video of the wounded youths being coerced to sing the national anthem by the Delhi police a few hours before one of them succumbed to the injuries was heart wrenching and frustrating as no action was taken against the errant policemen. They did not respond as responsibly as they should have to the SOS calls from the riot affected areas. The arrests of student leaders and activists is not just to save face of the law keeping machinery but also it is meant to douse the voices of dissent in the country by setting up examples by charging them under draconian laws.

The recent developments leading to Umar’s arrest reflect the intolerance of ruling party towards dissent. The arbitrary use of state machinery is also blatant and needs to be taken into consideration by human rights organisations. Khalid Saifi who too was arrested on charges of inciting violence during Delhi riots was seen walking towards the police van as he was arrested but the next day both his legs were found broken and there were visible bruises on his body. The disclosure statements which are being used as a pretext to name eminent political leaders, educationalists and a filmmaker along with Umar have identical language and are enough to raise eyebrows on the one-sided working of Delhi Police.

I know the anti-CAA protesters, social activists, poets, journalists and student leaders will come out clean one day from the court of law. But I am worried about their safety in prison, as some are aging, some have co-morbidities and worse of all is that jails are more polarised than the society that surrounds us. Umar has been attacked before and he is a victim of witch-hunting. His protection and security kept me awake the whole night yesterday when I received the news of his arrest after 11 hours of interrogation.

If holding the democratic and humanistic values in high esteem and struggling to keep them relevant in today’s India is a crime then Umar is not alone. There are lakhs of people who are willing to fight for a better country that ensures social, economic and political justice, liberty of thought, expression, belief, faith and worship, equality of status and of opportunity for all its citizens and last but not the least fraternity assuring the dignity of the individual and the unity and integrity of the nation.

(Sadaf Jafar is a teacher and social activist who was jailed by the UP govt for her role in anti-CAA protests. She also was an actor in Meera Nair's adaptation of Vikram Seth's novel A Suitable Boy)