It is said that there is a Bollywood song to fit any conceivable situation... The lyrics of some of Bollywood songs make me think of my relationship with my country and seem to express the emotions that result from my position of being a Muslim. 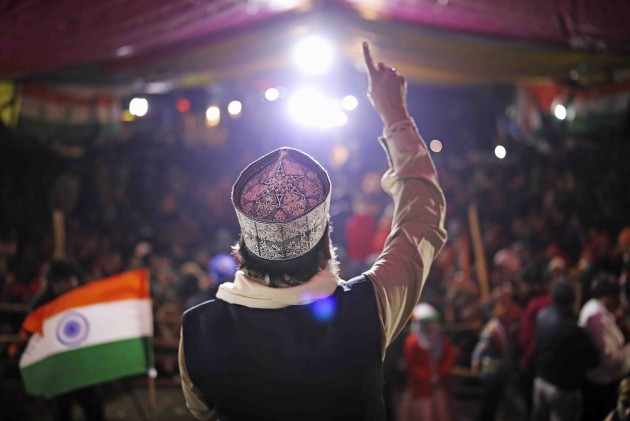 Imagination or sentiments are often not accorded much importance in most authoritative accounts of movements and their participants—certainly not as much importance, as is given to the complaints of the aggrieved and the hostilities. Virtually all commentators or chroniclers of a movement attempt a rational approach to show some underlying tenets or insights.

That is exactly what I was trying to do when I set myself up to write a piece on the fate of the anti-CAA protests and activists. But I found the task hard because not only that emotions pervade the social life disrupted by the pandemic, but a dark shadow of overwhelming emotions covers political life too. The distancing norms and the lockdown both, together have had a debilitating effect on the poor and the vulnerable. For someone in my economic and cultural position it has been a mixed bag. There is the guilt and relief of privilege. Simultaneously, there is a feeling of being under siege because I belong to the Muslim community in India.

As a participant observer of the anti-CAA movement life has been an emotional roller coaster since the Citizenship Amendment Act was passed by the parliament in December 2019. The long-standing majoritarian politics has felt like a looming existential crisis from much before that. To top it all is the inability to say anything that adequately captures what one feels because of the discursive limits to articulation in public. There are questions of sedition flung at one when one tries. Or someone who is or has been close to the establishment will do a ‘good Muslim’ and reduce one to a ‘bad Muslim’. Suffice it to say that it can be difficult to express what the heart feels.

Unable to work, I resorted to what everyone, at least in my generation, does when they experience heartbreak—listen to filmy sad songs. I’ve heard it said that there is a Bollywood song to fit any conceivable situation but I think that the songs of unrequited or one-sided love are the sweetest and most meaningful. I like to listen to these sad songs of lament, complaint, and even lashing back in anger, even when I am not sad.

Lately, I've felt that many of these songs seem to touch a different painful chord. The lyrics of some of these songs make me think of my relationship with my country and seem to express the emotions that result from my position of being a Muslim.

I am not talking about the songs which are upfront political. For example, ‘Maula Merey le le meri jaan’ from Chak De (2007) which is very sympathy-eliciting retort . The description of the song on YouTube says, “The faith in God instilled Kabir Khan with an undying hope to turn every dark penetrating loss into a triumph that will make the entire country proud.”

The feeling is that of singing to an uncaring emptiness that will never be convinced of the love. And assertions of such love can only bring shame to the carrier of affection. There are other songs too in the same mould. One of them is the lesser known ‘Ye Faasle Teri Galiyon Ke Hamse Tai Na Hue’ from Mammo (1994), which is about a generation being torn by the Partition.

This is not conversant of the experience of pain of Muslims of my generation or the younger ones.

I'm actually talking of songs that have otherwise nothing to do with politics. These songs are about unrequited romantic love, as is evident also from the accompanying visuals. The unrequited love that goes unrecognised is painful. But love that is returned by hateful violence assumes completely different proportions.

During the anti-CAA movement, brutal police violence on Muslims in UP and protesters elsewhere in the country made me feel personally bereaved. I tried to cheer myself by listening to some of my favourite songs. To my surprise the lyrics about unrequited love seemed to acquire political meaning.

The evergreen ‘Mere Mehboob Qayamat Hogi’ from Mr X in Mumbai (1964) seemed to describe my state of mind better than I could using overtly political prose. Every single stanza is precious.

This made me think of how it was so appropriate to think of Muslim patriotism as unrequited love. And that the frustrations of this spurned love be eloquently expressed through Bollywood songs.

Another song in the trail is ‘Yaa Dil Ki Suno Duniya Walon’ from Anupama (1966). Framed in a slightly complicated situation, the hero played by Dharmendra feels that his love interest has been deprived of what is rightfully hers—the love of her father. This love had been withheldfrom her because the father was too affected by the loss of his wife, Anupama’s mother, during childbirth. The hero's advocacy for Anupama is quite unafraid.

To me, this song also seemed to express a response to all the lecturing that Muslims get in the public sphere, about what is appropriate for them to say and which ideas are foolish. Like Anupama, this mix of neglect, control and thought policing renders them 'silent'.

Dharmendra, standing in the centre of a gathering throughout the song, reminded me of young Sharjeel Imam’s speech in which he was seen audaciously advocating for his community—expressing cynicism of the prominent intellectual and political figures of modern India, decrying the politics that is merely symbolic and ultimately limiting. It was deemed dangerous because it crossed some tacitly agreed boundary of what Muslims can wish for. Certainly, unlike Dalits and unlike women, they are not allowed to ask for solidarities on their own terms.

But to these young activists who are attempting to lay out their own framework for solidarities from allies in this struggle, I suggest listen to ‘Kabhi Kisi Ko Mukammal Jahan Nahin Milta’ from Aahista-Aahista (1981).

During the initial days of the lockdown, there was on one hand a campaign by a section of media, vilifying Muslims as deliberately spreading Corona virus, while on the other, there were a large number of Muslims -- several news reports attest to this -- working to provide relief for the poor who had no means to fend for themselves against the vagaries of the lockdown.

The song that acquired a political meaning for me, fitting this situation is ‘Beqarar Dil Tu Gaaye Ja’ from Door ka Rahi (1971). It perfectly captures the frame of mind of the people working for a better society with agitated hearts. The tempo is upbeat, yet the pain unmistakable.

These days anti-CAA participants and activists are being questioned and arrested by Delhi Police Crime Branch in relation to vaguely filed cases of ‘rioting’, ‘murder’ and other criminal offenses connected to the communal violence that took place in Northeast Delhi in February this year. Barring a few, all of the arrested are Muslims, as were the victims of said violence. Most were engaged in relief efforts when they were arrested.

Even as it is not possible that they mistook the nature of this regime, we cannot be sure that the young scholars and activists had an inkling of the exact dangers that lay ahead for them. The bizarre web of conspiracy that the crime branch investigation is weaving around these activists is heartrending. It has traumatised an entire generation of university students of our country. The university administrations have failed them completely, even withdrawing guardianship and rendering them more vulnerable during the pandemic. Fellow citizens have failed to offer sympathy adequately. As parents they operationalize their trauma by further limiting the freedoms of these displaced and distraught learners.

I think of Safoora, Ishrat, Gulfishan, Khalid, Meeran in prison and the bleakness of the possibility of justice stares at me. A prayer more fitting, perhaps cannot be found in Hindi films, than ‘Maula Saleem Chishti’ from Garam hawa (1973).

Finally, about the future. Though we lament the continuing crushing of the anti-CAA movement, I feel that the abjectness of the protesters in face of the brutalisation can only mean that the protesters have been left with nothing to lose and nothing to fear. When confronted with a situation in which love is impossible, they have no option but to see this impulse to its end. ‘Aaj hum apni duaon ka asar dekhenge’ from Pakeeza (1972) aptly describes the sentiment.

A word about my unconventional ‘reading’ of the songs on offer here: Usually in literary criticism or film studies, the meaning intended by the poet or auteur is privileged. Certainly, in Bollywood cinema the visuals ‘guide’ us to this ‘intended’ meaning. But the reception by a listener can, and does, circumvent and surmount this visual barricading. Most poetry is in any case a matter of interpretation of the reader arbitrated by their emotions and state of mind.

Difficulties in speaking clearly about injustice, estrangement, or in asserting belonging, cannot be treated merely as a problem of the intellect. There is colossal loss if, in an attempt to understand a movement, its emotional frames are ignored. Articulation mediated by popular culture is probably as good as it gets.

(Ghazala Jamil teaches at the Centre for the Study of Law and Governance, Jawaharlal Nehru University. Views expressed are personal.)