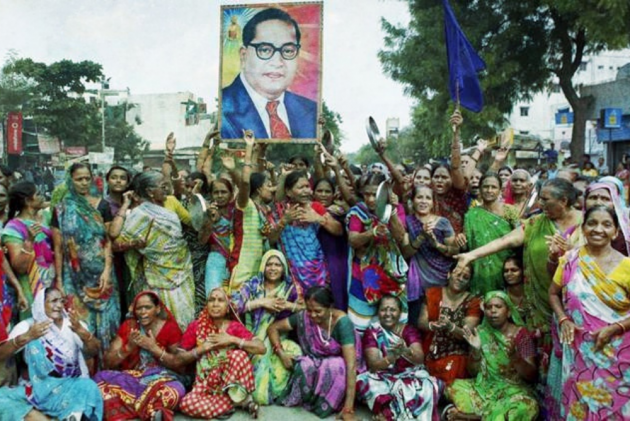 The Vulnerability of Dalit-Bahujan Women in Politics

BR Ambedkar Death Anniversary: Whose Ambedkar Is He Anyway?

The vulnerable position of Dalit-Bahujan women is also reflected in the day-to-day governance practices and social boycott they face by the dominant caste. One such case was of a Dalit woman Sarpanch who was beaten up by upper-caste men for taking up a decision in Patiala. Similarly, there has been a reported case where the Dalit women President was forcibly made to sit on the floor in Therkuthittai Panchayat of Tamil Nadu.

The Absence/Presence of Dalit-Bahujan Women

The Indian political imagination has failed to account for Dalit-Bahujan women beyond a handful of key figures. An ethnographic study of the active women in politics reveals their unique struggles and what political emancipation has meant for them in their everyday life. For example, Darshana Devi who fought assembly election from Mukerian constituency of Punjab in 2007 said “I along with my husband, have given our entire life to BSP politics. After my husband’s death, I struggled alone. I would manage my children, my school and party politics”. Despite the struggle, Darshana participated in the Bahujan political struggle because it gave her a worldview in which she could reinstate her dignity despite being a Dalit-Bahujan woman.

Similarly, Nirmala Dasua who fought the assembly election from Garhdiwala, Punjab, in 2002, considered electoral participation as a way to imagine a better life. Recalling her political participation, she said “I was a too simple woman to be part of the politics. It was Saheb (Kanshiram) who took me out of household chores like making dung cakes and cooking. He showed me the dream of an egalitarian society”. She considered that Dalit-Bahujan women deserved a better life than was given to them under a caste-ridden system.

The access to political positions facilitated by a political party like BSP particularly in their initial phase encouraged women for political participation. The access to the public sphere by Dalit-Bahujan women made them inclusive in the public opinion and also in the decision-making process. It allowed them to transgress domestic space. The social movement, one like the Bahujan movement facilitated Dalit-Bahujan women to come out and express solidarity with the Bahujan communities.

To explore the unexamined genealogy of Dalit-Bahujan women’s political participation there is a need for acknowledging the untold and undiscussed narratives of the women from the margins. The standpoint of Dalit-Bahujan women in this regard is significant as their political participation and inclusion have not been comfortably bestowed to them but it has been a long-drawn process of their contestation with the hegemonic Brahminical practices. The social difference that Dalit-Bahujan women face in their everyday life has made them the ‘transgressive subjects’ to question the structures of caste.

Dr Ambedkar in his writings and speeches emphasized the progress of women, together with the need to educate, agitate and organize. The ideological influence of Dr Ambedkar has been an enabling experience for the Dalit-Bahujan women who have politically participated in the best of their capacities. The modern views of Dr Ambedkar promoted through constitutionalism have created social consciousness among Dalit-Bahujan women. Social movements like Bahujan Andolan in North India can be considered as a big push to the socio-cultural ideas that were already set in by Dr Ambedkar.

(The author is a  Dalit Bahujan PhD scholar in Sociology, Center for the Study of Social Systems from Jawaharlal Nehru University, New Delhi. Views expressed in the article are personal and may not reflect the views of Outlook Magazine)