Use Of Religion As Commodity, A La Baba Ramdev, Is Gross Misuse

After taking an oath to shun materialism in a quest for the real meaning of life, is it appropriate for such preachers to enter fields of commerce and politics for reforming society? 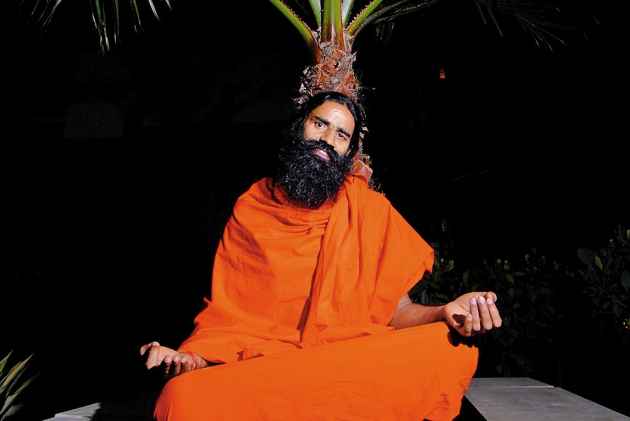 It is impossible to discount contributions of leading saints whose practices are not profit-driven even in relation to their commercial ventures. Many have opened educational institutions for poor and rich alike and contributed to job creation.

But the larger question is whether it is proper for a saint in saffron robes, who abandoned materialistic life to traverse the tortuous path of spirituality, to indulge in profit-making through industrial and commercial ventures, after creating a body of goodwill among followers as a spiritual leader?

Take the example of Yoga-Guru Baba Ramdev. To my limited understanding, promoting products, including consumer durables, by spiritual leaders are hardly in keeping with the letter and spirit of the ancient Indian ethos and Hinduism. In any case, religious branding and marketing of such products may not extend beyond the captive followers of religious leaders promoting them.

What appears worrisome is the increasing misuse of religion and religious rituals for accumulating wealth, property and political patronage by some religious leaders and also those patronising them by organising and brainwashing their naïve followers. The religious scriptures say diametrically the opposite and indeed prescribe harsher punishment on those holding higher positions in society for committing any crime.

It is thus heartening to find the law catching up with many so-called saints despite their huge fan-following which include the high and mighty, as is evident from many of them experiencing life behind bars.

Organised religions have created history more often than not, by being major cause of wars for one-upmanship, territorial and commercial gains, thereby disrupting societal peace and flourishing cultures or civilisations the world over. Indeed, Calvinism and Capitalism go hand-in-glove in western Christian world.

It is another matter that material developments, as we see them today, are also associated with some religious reformers. In the absence of rational metaphysical understanding by believers, religious dogmas and superstitions which are existentially irrational have distorted and commodified religious practices. Notwithstanding its rapidly changing forms and manifestations, the trend is continuing with more aggressive posturing in a world considered more ‘developed’ today.

A foundational role was played through millennia by Hinduism in maintaining the unbroken existence of the Indian civilisation, despite organised, multiple onslaughts for its destructions. This resulted, probably, because Hinduism was not an organised religion in a sectarian sense: it was, and remains, very personal and diverse in terms of practices.

Dharma in ancient India meant forbearance, a prerequisite for durable peace and development not only of mankind but sustainably with nature, holistically. “Consumption with restrained need” has been the motto of human development propounded in age-old scriptures that promoted universal brotherhood or a world without boundaries.

Interpretations of scriptures by some masters, however, started narrowing the outlook of this all-inclusive Hindu Dharma. Followers of such Masters started getting organised soon by founding various sects. This started fragmenting and dividing the society, leading to a variety of discriminatory practices.

The race for superiority of one sect over the other began, backed by money and political patronage. It also became one reason why the socio-cultural territorial unit called ‘Bharatvarsh’, which was continental and oceanic in every way, stretching from the Himalayas to the Indian Ocean, peacefully trading with other civilisations in shared prosperity, could not unite to repulse external rule.

India became a political unit and a Nation State on 15 August 1947 and remains so not only due to an imperative created by Constitutional consciousness. Diverse socio-cultural practices play a binding role in our society even today, like strong, almost invisible, cob-web threads of unity as they have done for thousands of years.

Tirthas (holy place or pilgrimage site) associated with great Saints and Seers and visited by masses from all over India for emancipation can be seen as a microcosm of India, notwithstanding vested interests including fake-saints indulging in various exploitative practices.

Misuse of religion and religious symbols has indeed existed in our society. After all, the demon Ravana came to abduct Sita wearing a saint’s robe. Chanakya in his Arth Shastra exhorted the ruler to organise intelligence services effectively suggesting to use religious places and symbols to evade detection.

Paradoxical behaviours of religious preachers have promoted hypocrisy in society. This is inevitable whenever higher values propagated in the Scriptures become difficult to follow. Dichotomy in public and private life is sought to be concealed in that case. Faith adopted after prior critical examination becomes an invaluable experience and withstands scientific scrutiny. But it gets converted into superstition if followed blindly leading to varieties of evils in society.

Generation of wealth through fair means for promotion of Dharma is lauded by the Scriptures. This truth ironically has been turned on its head by using Dharma itself as a commodity for generating wealth. Religious practices have lost their purity. These are simply being used to mislead and mobilise gullible followers for materialistic gains.

Hinduism is being made to appear like any other organised religion. Its soul of inclusiveness and unity in diversity is being substituted by exclusivity. Scientific attributes of Hinduism are being forgotten, which never clashed with scientific explorations and equally respected atheist thoughts.

Hinduism does not preach being judgmental. Yet, misappropriation of ancient teachings by many self-seekers, claiming to restore the glory of the past, fall well outside the bounds of propriety. After taking an oath to shun materialism in a quest for the real meaning of life, is it appropriate for such preachers to enter fields of commerce and politics for reforming society?

This needs to be pondered. It is nobody’s claim that Buddha or Adi Shankara ran away from the world by shunning their societal responsibilities, as in that case they would not have worked ceaselessly for awakening society by challenging religious dogmas, superstitions and discriminatory practices. The current trend of branding and marketing products by prefixing names of ancient sages egregiously minimises the universal appeal of their powerful thoughts and renders them captive to followers of product-promoters.

(The author is a retired IAS officer. Views expressed are personal)