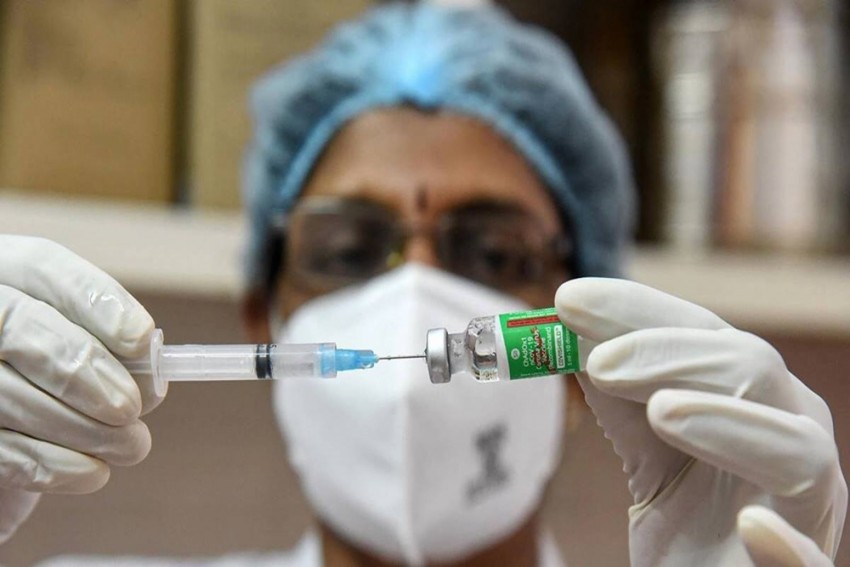 Covid-19 has dominated the lives of every human on the planet since March, 2020. Unprecedented measures have been taken by various countries, such as lockdowns and school closures. Also unprecedented is the speed with which vaccines have been developed, which holds hope for many for ending the pandemic. Thankfully, data so far indicates that vaccines are effective at reducing the chance of severe disease and hospitalization.

However, a rather unsavoury aspect of vaccine administration has been the use of various coercive techniques including vaccine mandates. In India, various e-commerce delivery personnel, shop owners, staff at various private companies, school teachers and staff, etc. have been mandated to take the vaccine. Since August 15, only “fully vaccinated” passengers are allowed to travel in Mumbai local train, called the “lifeline of Mumbai”. In other words, various aspects of living itself is being conditioned upon taking the Covid-19 vaccine.

Such extreme coercion and mandating are counter to the principle of “informed consent”, a cornerstone of public health. This principle is so foundational that there is a separate section on “consent” in UNESCO’s Universal Declaration on Bioethics and Human Rights which begins: “Any  preventive,  diagnostic  and  therapeutic  medical  intervention  is  only  to  be carried  out  with  the  prior,  free  and  informed  consent  of  the  person  concerned, based  on  adequate  information.” Further, the very first point of the Nuremberg Code, a code written after Hitler’s crimes against the Jews, says “voluntary consent of the human subject is absolutely essential”.

While certainly many have lost loved ones to Covid-19, is that a reason to relegate foundational principles of medical ethics to the back seat? Let us examine the rationale being offered for vaccine mandates to see if they hold water.

The foremost claim which many think favours vaccine mandates is: “no one is safe until everyone is safe”. However, this claim is false on multiple counts.

It is important to realize that while the current vaccines have proven to be effective against severe disease, fully vaccinated individuals can get infected and also transmit the disease. These are the so-called breakthrough cases which have been observed throughout the world, including in highly vaccinated populations. The country of Iceland is a stark example. Iceland’s top epidemiologist has said that vaccination has not led to herd immunity and Iceland is currently facing a huge surge in Covid cases, despite having 75% of its population fully vaccinated. A detailed study of vaccinated healthcare workers in Vietnam found that viral loads of breakthrough Delta variant infections were 251 times higher than with old strains in 2020. Breakthrough cases have been reported in Kerala too. The HART group, a group of doctors and medical professionals in the UK, have rightly called vaccination preventing transmission as a myth for Covid19.

This aspect is a crucial difference from other vaccines such as for measles. The current Covid vaccines are non-sterilizing, i.e. vaccinated people can also get infected and transmit: the case for vaccine mandates thus breaks down.

The claim “no one is safe until everyone is safe via vaccination” implicitly assumes that natural immunity from exposure to Covid is insufficient. This is also scientifically false. Known science prior to the pandemic as well as recent research indicate that natural immunity is robust. For instance, a recent study of over 52,000 employees of the Cleveland Clinic Health System (Ohio, USA) found not a single instance of reinfection among the unvaccinated. In the strongest sign of long-lasting and robust immunity from natural exposure, a study found that individuals exposed to SARS-Cov-1 17 years ago showed immunity to SARS-Cov-2 ! This indicates long-lasting natural immunity and also robustness to variants, as SARS-Cov-2 variants are far less different from one another than from SARS-Cov-1.

Robsutness of natural immunity can also be easily deduced from official data on Mumbai slums: only about 5% of the cases in Mumbai’s 2nd wave was from its slums, well before vaccination was underway. It is worth noting that the sero-positivity as measured in Mumbai slums in Jun 2020 was about 57%, while India currently has a sero-positivity of 67.6%.

If a vast majority of Indians already have robust natural immunity, this is an additional strong reason against vaccine mandates.

A related argument made in favour of vaccine mandates is that unvaccinated people can overwhelm hospitals, thus putting others in danger. But by this logic, significant comorbidities of Covid, such as obesity and diabetes should be mandated against, since these contribute significantly to Covid hospitalization. Surely, it would be absurd to think of mandated diet or exercise for such people. Likewise, vaccine mandates are also illogical. Yet another reason this argument falls apart in India is that much of India already has robust natural immunity, and a third wave itself is unlikely.

“Everyone is fully safe” is a scientific impossibility

Covid will never go to zero, even with 100% vaccination. We must learn to live with Covid. Israel is finding out that even a 3rd booster shot is insufficient to prevent Covid infection. Thus the stated goal itself appears Utopian.

The issue of rare side-effects

While the side effects of the vaccine are rare, it is not nil. Changes to women’s menstrual cycle have been reported in the UK. Blood clotting from the AstraZeneca vaccine is rare but can be devastating, causing even death in rare cases. A study of healthcare workers in Northern India reports that adverse effects requiring hospitalization was observed in 1 in 730 participants (0.1%). How will a poor person leading a hand-to-mouth existence seek hospital care? Neither the government nor the vaccine makers are being held liable for rare side-effects. Surely, despite this, the risk of Covid is much higher, certainly in older age groups, and the vaccine is advisable. But the presence of even rare side-effects means that taking the vaccine should be an individual decision; there is no room for a mandate or coercion.

The various drawbacks of coercion and mandates

Human psychology is that the more you force, the more one wants to resist. Even if coercion works, it leads to loss of trust in public health. Such loss of trust would be disastrous with respect to vaccines for other deadly diseases such as polio, smallpox, measles, etc. and also in the context of people following guidelines should a next pandemic come in the future.

There is also the practical issue of accessibility. If the government is mandating vaccines for basic services, then the question arises: has it made sure that all individuals can easily avail free vaccines? Surely, even this has not happened.

Last but not the least, vaccine mandates can be an easy tool for oppression and corruption due to issues of accessibility and implementation obstacles. Vast sections of the population, especially the poor and marginalized, can be denied basic rights of livelihood, education, etc if such mandates for “fully vaccinated” become the norm. What does “fully vaccinated” even mean, if it is going to require booster doses? Even USA is planning on booster doses every 5-8 months! Recently, Israel changed the definition of “fully vaccinated” to mean those who have received the booster dose. Will Indians be coerced into taking a booster dose every few months, and people denied basic rights like public transportation or education based on this?

For an effective vaccine, the person who has taken the vaccine is protected, so the statement “no one is safe until everyone is safe” is indirectly conveying to the public that the current vaccines are not effective. Such false messaging is doing great disservice to vaccine uptake. Scientifically truthful messaging, based on open safety and efficacy data is necessary to both reduce vaccine hesitancy as well as to avoid loss of public trust through coercion based on false claims.

(Bhaskaran Raman and Kameswari Chebrolu are faculty in the Department of Computer Science and Engineering at IIT Bombay. Views expressed here are their personal opinion)