If the ‘kid with the bat’ refuses to leave home, here’s some tried and tested ways to get him out. 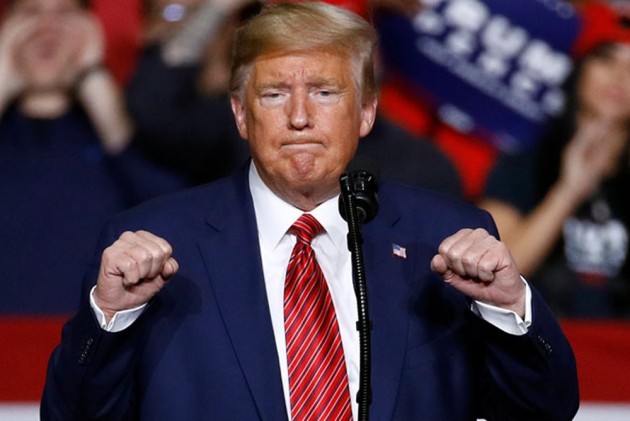 Evidently, the Jerusalem Municipality has offered Donald Trump a job. The nature of the post has not been defined, but Trump is unlikely to take up the offer any time soon.

As of now, it looks as if his family and he are preparing to dig in for a winter at the White House. He believes, as do many of his followers and staff, that the only way he could have lost the Presidential elections is through cheating and fraud by the other side. Since he and his battery of shysters haven’t been able to prove cheating and fraud so far, what Trump is effectively saying is he has won the election come what may and will, therefore, be unable to take up that job offer in Jerusalem or any others that might come along. This is not unlike a childhood game of tennis ball street cricket, in which the bloke who owned the bat walked off with it in high dudgeon after being unanimously declared out.

As of now the results have only been announced by the media. There’s nothing official about it. You’d need a Sanskrit Pandit well versed in all the Upanishads and Vedas or Duckworth Lewis and Stern themselves to unravel how the US President gets elected!

A Friend In The White House

The counting continues in a number of states and Trump and his battery of lawyers is doing their best to disrupt this process without much success. December 8 is the official deadline for resolving election disputes at the state level. All state recounts and court contests over presidential election results are to be completed by this date. Thereafter they become academic exercises for history books and law journals.

On December 14 members of the electoral college will vote by paper ballot in their respective state capitols. Thirty-three states have laws or party regulations requiring electors to vote the same way the popular vote goes in the state. In some states, electors can even be replaced or subjected to penalties if they do not toe the line. An elector who doesn’t vote according to who won the popular vote is known as a “faithless elector”. As of now the only probable “faithless elector” is First Lady Melania Trump. Media reports are fast gaining ground that she cannot wait to part ways with Donald.

So, of course, the Trumps and Kushners and sundry other hangers-on have every right to be in the White House for now. Trump’s term ends at noon on 20 January 2021 at which point of time the Secret Service will escort Joe Biden and his family in and another detachment of the same service will accompany Donald Trump and family out.

He may, of course, dig his heels in and refuse to go, something that’s never happened before. Life would be so much easier if Trump simply conceded the election, but he’s the kid with the bat remember? He could, of course, be discreetly dragged out kicking and screaming by the Secret Service accompanied by men and women in white coats. But that would ruin the dignity of the office.

In matters such as this India has no dearth of solutions, all tried and tested over time. They could turn off the electricity, water and food supplies much like the late Punjab police chief KPS Gill did in the Golden Temple during Operation Black Thunder in 1987. Occupied by heavily armed militants, the Shrine was evacuated in a relatively peaceful manner with not many shots being fired.

The other tried and tested Indian method usually employed by banks and credit card companies to recover some if not all of a non-performing asset is to deploy a bunch of transvestites and or eunuchs with dholaks to sing raucously and generally make a din until the other side folds up its tent and succumbs. However, this option is fraught given Donald Trump’s propensity to fondle various parts of the female anatomy even if these “females” in question may or may not be what they appear to be.

Yet another useful method employed either by harried landlords wishing to rid their establishments of tenants who’ve overstayed their welcome or harassed tenants wishing to carry on staying is to hire a religious troupe adept at non-stop recital of the Hanuman Chalisa. In these matters a Sikh contingent replete with Nihangs, Granthis and Raagis would also be ideal since it can carry on for days with a mixture of singing and reading.

Of course, things can be sorted out peacefully, and latest reports suggest that Trump’s son-in-law Jared Kushner has been working hard to persuade him to concede.

According to some wags, the last week belonged to Trump and the trumpet. While the former is up and about railing ceaselessly against “cheating and voter fraud,” the latter seems to have been temporarily silenced being moved from a Covid quarantine centre, where he allegedly had access to a mobile phone addressing the nation on social media to a proper jail in Taloja where he doesn’t have such access.

Poetic justice since he’s in for precisely what he accused one of the victims in his television kangaroo court dramas of doing: “aiding and abetting” suicide. In trumpet’s case, the two people who committed suicide apparently did so since they were broke, unable to pay their debts because the trumpet, among others, did not pay what he owed them. One fails to see how the trumpet’s incarceration amounts to an “emergency-like” assault on the freedom of the press. No one has the right to borrow and not pay, not even those who purportedly speak on behalf of the nation, loudly and ceaselessly night after night.

And finally, the trumpet is joined by the bimbette, a well-known latter-day political and social commentator. Anyone can be one these days since social media does not encourage syntax and grammar. Describing US President-elect Joe Biden as a Gajni she’s declared he won’t even last a year since his data crashes every five minutes, whatever all that means. She’s become so used to riding horses (fake or otherwise) in her films, any horse will do, preferably a hobby-horse!