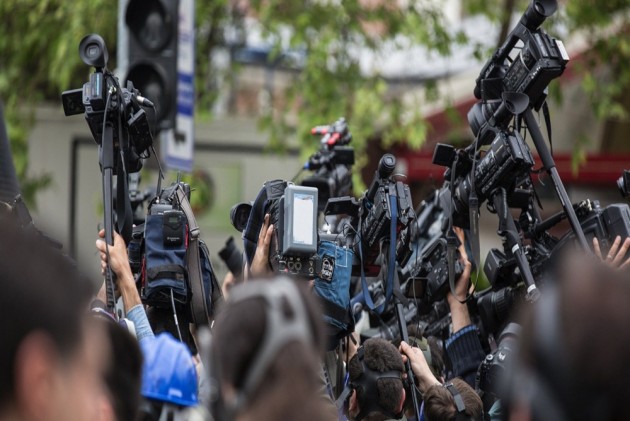 On our 72nd Republic Day, a stocktaking of our four pillars of democracy shows some interesting trends. Whether it’s the Legislature, Judiciary or Executive, there are challenges galore. But when one looks at the Fourth Estate, the challenges appear particularly daunting. We often debate whether the Indian media, that reflects a vibrant democracy in action, has been true to its ideals. Some developments of the recent past show that the media world needs to do some introspection.

In the Indian media today, three distinct strands are visible. One, the television media, that has grown exponentially in the last few years, attracting eyeballs and revenues, has fallen in credibility. Some incidents may have hogged headlines lately, but the fact is that when it comes to the trust quotient, the touchstone of the media in a democracy, the television media has a lot of catching up to do.

Former Financial Times Editor Lionel Barber wrote recently, albeit in a different context, that the Press “must now resurrect a much-maligned principle: hearing both sides”. He called this “bothsidesism”. Outlook readers would recollect a similar debate on the site some time ago.

“Bothsidesism” is all the more important when one is faced with fractious debates and even polarising impulses. Unless the media is fair, it cannot play its rightful role in a democracy. Being free is not enough; being fair is equally important.

Two, there’s been a mushrooming of the digital media. Almost everyone believes that digital is the future. While it’s true that the mushrooming of digital outlets reflect the noisy democracy that we are, one cannot be sure if the new ventures also can claim to provide an even-handed, balanced, both-sided account of our world.

Some of the finest reporting, whether during the pandemic or during agitations like the present farm impasse, has come from young, enterprising journalists. So, the future looks promising.

Now, let’s look at the charges against the media. Foremost is that a significant section of the media has turned an uncritical spokesperson of the ruling party. While the media should ally with the government in nation-building, its relationship with the government of the day, ideally, should be adversarial. Speaking truth to power should be the universal norm. One, however, cannot regard X Govt as an adversary and Y Govt, during some other time, as an ally. Constructive criticism only strengthens a democracy. It’s equally true that any agenda-driven journalism debases journalism. “Bothsidesism” is a useful mantra to live by.

In a democracy, the Fourth Estate will always be an important pillar. The media wields enormous power. While the legislature, judiciary and executive are part of constant scrutiny, somehow the media remains in an ivory tower of its own making. For instance, we don’t know how journalists are recruited, or how editors are appointed, and so on.

Look at the world of politics. After sustained campaigns, civil society pressure and Supreme Court interventions, politicians aspiring to contest elections now have to declare their earnings, assets, educational qualifications etc. There is always pressure on the judiciary to introduce an element of transparency in their functioning and also in judges’ lives. The media world should similarly consider injecting transparency into their overall functioning.

Without invading someone’s privacy, it will strengthen their case if media people, especially the leaders, followed by others, declare on their respective organisation’s websites, their earnings, assets etc on an annual basis. Things like their memberships in various clubs, other affiliations, should come next. An element of transparency would enormously enhance their overall credibility.

Without a credible media, democracy loses its sheen. The media must redeem itself if we want to work towards the ideals of the Republic.

(The author, a JNU alumnus, is a former journalist.)