We’ve Wasted Crucial Time, But We Can Still Save Some Lives

A lot of the immense suffering could have been averted if the government had got its priorities right. 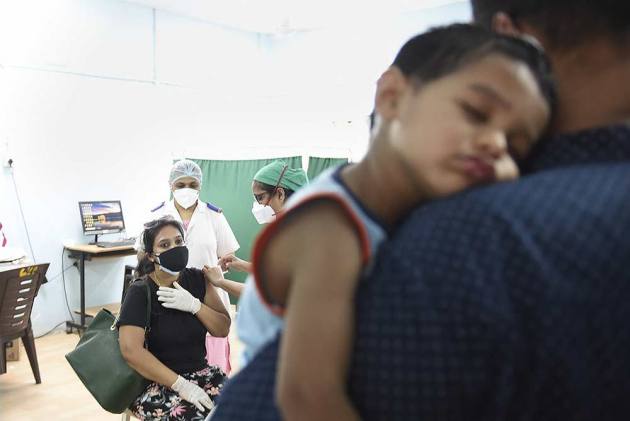 India is arguably going through one of the biggest crises in its post-partition history. The level of suffering is enormous. Thousands are dying gasping for medical oxygen. This was not fated. A lot of this suffering could have been mitigated had the government done its job. Unfortunately, the Prime Minister and his cabinet had other priorities. Their obsession with elections — the so-called ‘hunger in the belly’, often romanticized by journalists and political commentators — has ended up harming us in a big way. State governments too have their share of the blame.

To be fair, many countries have faced a deadlier second wave of pandemic. Therefore, serious challenges to the health system were to be expected: even the best preparations can only generate a finite capacity. Yet, what we are facing is not entirely the case of the system getting genuinely overwhelming as a result of a sustained increase in cases despite best preparations. Our current situation was not as unmanageable as it seems now given some basic preparations; this is a man-made disaster.

Currently, the biggest crisis seems to be that of the shortage of Oxygen. Much of it could have been mitigated had there been adequate attention and planning. Instead, the government took a lax approach and wasted time. For example, as an investigation by The Scroll, tenders were floated for 150 Pressure Swing Adsorption (PSA) oxygen generation plants in October, but only 33 have been planted, out of which many are still not functional. Even these PSA oxygen generation plants would not have entirely solved the problem, but at this point all additional supply is extremely valuable. Besides, supply is only one constraint; there are other logistical constraints of transportation and storage. We could certainly have done better with the logistics.

In an article in late February, I had pointed towards unimpressive speed of vaccinations and a worrying uptick in cases. The Prime Minister and his government were, meanwhile, busy in self-congratulation after pre-maturely declaring victory over Covid-19 – with the Health Minister on 7th March saying that “we are in the end game of Covid-19 pandemic”. Throughout March and April, the Prime Minister and other cabinet ministers were busy in the election campaigns, particularly in the high-stake West Bengal. There was complete flouting of Covid-appropriate behaviour in election rallies of all political parties.

Furthermore, the government did nothing to stop the huge congregation of millions at Kumbh Mela even as India became the second-worst affected country by Covid-19 by then. In fact, a government advertisement extended a ‘hearty welcome’ to the devotees with PM Modi’s picture. The Prime Minister and his cabinet were distracted — even complacent — during March and much of April. As recently as twelve days ago, PM Modi held a massive rally in West Bengal and boasted about the huge crowd. As per a report by The Caravan, the Covid-19 national scientific taskforce on Covid-19 did not meet even once during February and March, even as cases continued to rise.

Forget different units of the government, there is a surprising lack of synergy within the Union cabinet. In early April, Rahul Gandhi wrote a letter suggesting acceleration in the vaccination program, including fast-track approval for other vaccines candidates. The Union Law Minister Ravi Shankar Prasad responded by mocked the suggestion, and even went ahead to say that Gandhi is ‘lobbying’ for pharma companies. However, the government soon did what Gandhi had asked by fast-tracking emergency approval for restricted use for all vaccines cleared by regulators in the US, Europe, the UK, Japan or those listed in the WHO emergency use listings. Did the Union Minister have no idea about the upcoming government strategy? Similarly, the Union Health Minister responded to the decently-worded letter by former Prime Minister Dr Manmohan Singh with heavy political overtones.

It is understandable that every government and political party will engage in PR management: some more, some less. But sometimes there comes a crisis so grave that such considerations must take the backseat in the interest of the country. This is undoubtedly that kind of crisis where the whole government machinery must work on a singular task of handling the deadly surge.

Lately, there seems to have been attempts at course-correction. PM Modi has reportedly held ‘high-level meetings’ to address the challenges. He has allocated funds for 551 PSA oxygen plants in public health facilities. These are all fine steps, but we are at a considerable disadvantage as all is now being done reactively, rather than being done proactively earlier.

The delay in acting has caused the loss of several extra lives. Perhaps it is too much to expect a frank admission of callousness or expression of remorse in Indian politics. But, the least we could have expected was basic sensitivity and seriousness. Even seems too much of an expectation after looking at frantic tweets by various ministers applauding and ‘thanking’ PM Modi for simply for doing things that should have been done earlier, such as the allocation of PSA oxygen plants. This goes back to the earlier point about the cult of personality. Even as thousands of families continue to suffer, the health minister – who has proven to be absolutely incompetent – continues to remain in denial. This is a cruel joke on us.

At the height of this crisis, when thousands of citizens were desperate for hospital beds and oxygen, the government asked Twitter to take down several tweets critical of the government’s handling of the situation in the name of preventing ‘misinformation’. Many, if not all, of those tweets had nothing to do with misinformation; they were simply critical of the government’s management of the second wave. The Indian High Commission at Australia wrote an angry letter to an Australian Newspaper after its article that criticized Modi for the ‘Covid apocalypse’, asking it to publish a rejoinder. What does it say about the priorities of the government at this crucial time?

There is a long way to go, and everything must be done to mitigate the upcoming damage. There needs to be clearer lines of communication and coordination. PM Modi’s cabinet and his inner circle are mostly yes-people, and hence unlikely to be completely objective and truthful. A national Covid-19 taskforce, headed by the Prime Minister, which includes top representatives from various within and outside the government should be constituted to take quick decisions. A radical approach would be to involve even people from the opposition in the taskforce.

During the initial days of the pandemic, a ‘war room’ was set up at PMO. There is no clarity whether it still exists. It must be set up again or strengthened (if already exists) for better communication and coordination. We cannot rely on hospitals making SOS calls on Twitter. The central ‘war room’ should preferably  work in coordination with ‘war rooms’ at the state-level to resolve logistical issues. How is it that private persons like as Srinivas B V of Indian Youth Congress have been able to create a mechanism communication and coordination, but not the government with all its resources?

Any and everything that makes vaccination simple and efficient should be prioritised: hiccups with states over pricing should be urgently sorted. As a general rule, different prices for the same commodity tends to complicate matters. Clear and transparent criteria should be defined for allocation of the central government’s sponsored vaccine. The criteria could include a combination of the current levels of infection and the number of vaccines administered by the state in, say, the last 7 days. This will incentivize the state governments to administer higher doses as well as avoid unnecessary ambiguity and bickering over the allocation of vaccines.

In the coming days, the army is also expected to extend its support. This too should mitigate some logistical challenges. We must, however, realise that there is no single silver bullet here. There has to be multifaceted response, including adequate surveillance (testing and genomic sequencing), vaccination, communication, data accuracy and transparency, supply-chain logistics, and so on. We have lost some crucial time, but our actions even now can still save lives.

(The author studies political science at Ashoka University & writes on politics and public policy. Views are personal, and do not necessarily reflect those of Outlook Magazine)