What Separates Leaders From Demagogues? 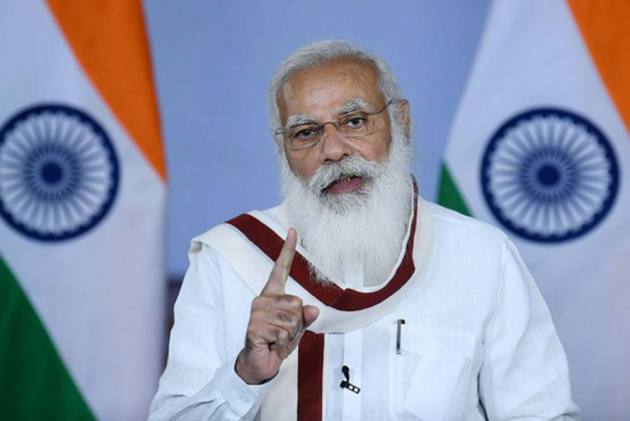 The Bengal famine of 1943 which killed up to 3 million people was one of the most devastating events in recent Indian history. At the time the British ruled over India, and for years following the famine and our Independence, the British resolutely claimed that the famine, itself, was a result of natural conditions and the failings of Indians themselves (sound familiar?). Winston Churchill, in fact, is reported to have categorically blamed Indians for the famine stating that Indians were “breeding like rabbits” leading to a lack of food and commenting how, if the famine was so terrible, could Mahatma Gandhi still be alive. Of course, the story suffered by the ruled often bears little resemblance to the narrative of the rulers. The famine too was no different. There was widespread agreement in India by all local accounts that the famine was not due to natural causes but instead due to poor policy decisions by an unsympathetic ruler, at the time – the British government. Years later through more recent studies that had scientific backing, this narrative has been dispelled and it is now widely accepted that the Bengal famine of 1943 in fact was a man-made disaster with the Churchill-era British policies, a significant contributor to the catastrophe.

Today, we are faced with another crisis, no less severe and with no lesser capacity for loss and harm. The Covid-19 pandemic has left India gasping for breath and crying for help. We have seen shocking images of bodies floating on our rivers and washing up on our riverbanks and people dying on our roads. The complete pervasiveness of India’s terrible covid response is evident by the fact that even the most privileged and resourceful in our society have not been able to avail even basic healthcare for their loved ones. One can only imagine the terrible state of the unprivileged is in our country. So how did we get here? The simplest way to examine what went wrong is to examine what others got right. To better juxtapose the difference between a leader and a demagogue, it helps to have both examples in front of us.

At the start of the pandemic, the Central BJP government took control of the most important aspects of governance linked to the pandemic: oxygen production, control of production and distribution of medicines associated with treating Covid-19 like Remedesivir and, perhaps most crucially, the vaccination drive in the country. There were those who at the time took pride that a strong leader had taken control of the pandemic response rather than leaving it to state leaders.

What Connects Mao, Modi And Burke?

While leaders are afraid that they are not prepared and paranoid about preparation, demagogues are disconnected from reality. This is precisely what happened. At a time when India seemed to have dodged a bullet by not being as severely impacted by the initial wave of the pandemic, the government went into credit taking move in the foolish belief that we alone had avoided the pandemic. Rather than preparing our infrastructure, building oxygen capacity and increasing medical expenditure, we focused on banging our thalis and believing the worst was behind us. What is even scarier is that the Prime Minister in an effort to reach out to younger audiences does widely publicised interactions with young students titled “Pariksha pe charcha” (“Discussion on Exams”). One can only hope a lack of emphasis on preparation and a focus on celebrating before the exam is not a life lesson that the Prime Minister has passed on to our young school children.

In terms of vaccination strategy, India has perhaps the world’s most idiotic vaccination strategy. For starters the Indian government failed to ramp up capacity that would enable India to produce the number of vaccines despite the government being well aware that its designated manufacturers – Serum Institute of India and Bharat Biotech do not have the requisite capacity. Thereafter, the government failed to place a large enough order for vaccines, ironically enough only placing the order in January of 2021, a full 4-5 months after vaccines started being available. Contrast this with the United States and the European Union, both of whom placed orders for more vaccines than they would require almost a year before beginning their immunisation drive. We ordered too few vaccines when it was already too late and despite these failures we went ahead and exported vaccines to countries rather than vaccinating our own citizens. This is hardly a surprise as a leader worries about those who rely on him while a demagogue is more preoccupied with his own image.

Even now, the government’s vaccination drive makes no sense and has not been course corrected. The European Union consists of 27 different countries that have come together to negotiate with vaccine manufacturers to negotiate better rates using economies of scale. In India, the central government has told its states to procure their own vaccines on their own. The result has been with municipalities in Mumbai launching their own tender. The presence of leadership is visible in one case and woefully absent in another.

While leaders in the countries that have tackled the Covid-19 pandemic have briefed their people and taken question from their media, we have a Prime Minister who is yet to hold a single press conference in his 7 year tenure. This is an abject failure of not only the government but also the media that is supposed to hold the government accountable. The Prime Minister obviously believes that he does not need to give a press conference because the country’s New Delhi-based national media has not taken him to task for failing to satisfy this very basic public office requirement.

Another difference between leaders and demagogues is that while leaders try to establish at consensus to arrive at meaningful solutions, demagogues tend to bulldoze their views using their might. While leaders in other countries (and in our States) have reached out across party lines and established expert committees with members of the Opposition, we have a central government leadership that for some reason has still not held virtual Parliament sessions so that the government can be held accountable for its actions and people’s concerns and questions can be placed before this government. Without Parliament and without press conferences how are we supposed to reach the great leader? Having a conversation or voicing criticism becomes harder still when this government arrests poor people for placing posters asking questions of the Prime Minister. We have spent too many years listening to the Prime Minister speak, he would do well to have a listen now.

The past few years have shown glimpses of India’s descent from democracy to demagoguery, however, never has the impact of such a sharp descent felt more severe, more catastrophic, and more damaging to the country’s image. While I hope that the Modi government takes on board the message from this piece and course corrects, both you and I, dear reader know can reasonably predict what a demagogue would do.